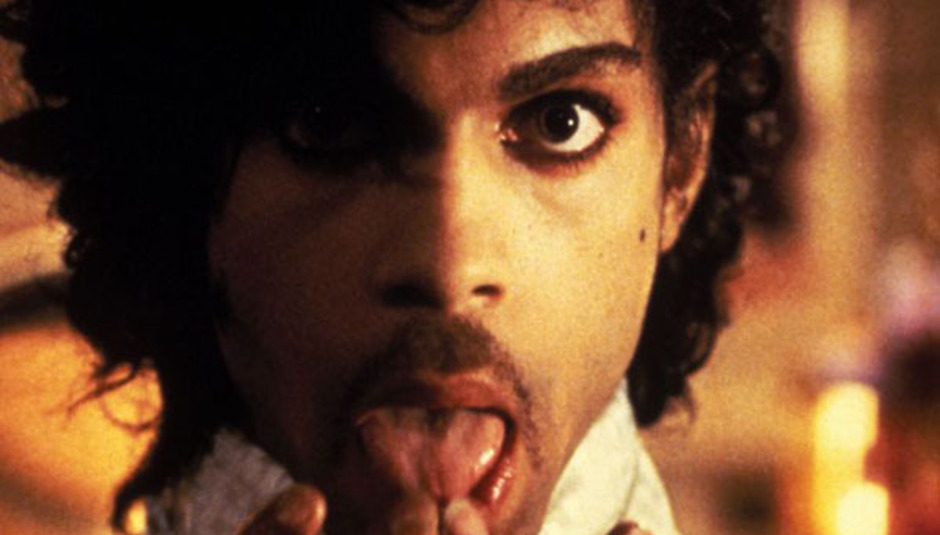 Prince’s legacy is one that is firmly rooted the excesses of stardom - garish bombast, experimentation, fashion abuse and film auteurship. This is a man who has arguably spent the last two decades damaging his prolific output with a stream of unremarkable projects but yet seems to remain completely impervious to any kind of genuine critical tarnish.

So, a Prince fan is often left in a difficult position. Do they label their love with irony, wielding their copy of Purple Rain with a wry smile? Or do they happily display their vinyl copy of Lovesexy for all to see, countering any post 1980s criticism with the long forgotten 90’s epics such as 'Gold' and '7'?

Prince fans certainly have no genuine reason to be ashamed of their adoration. Although frequently reflected on as an artistic 'failure', the Purple Rain film is an important artefact that illustrates Prince’s erratic anguish better than anything produced since. Just what is that has given Purple Rain such staying power? When the Mecca of cult cinema - the Prince Charles Theatre in London - hosts an annual night based on the film, it’s clear there's an enduring appeal beneath the superficial presentation.

Let’s reflect: It’s June 24th 1984 and Prince has just dropped the Purple Rain soundtrack three days before the accompanying film breaks into cinemas. It’s a runaway success, elevating the shy-natured star to the stratospheres of fame. To emulate the success of Purple Rain in the contemporary musical landscape seems like an impossible dream. The film is as much a product of its time as it is a product of Prince’s own aversion to publicity. With Purple Rain, Prince achieved some kind of self censorship, projecting an image of himself in the pre-internet era that offered a sense of humane relation. While today a musician’s career is documented by blog-obsessed voyeurs and gossip-fuelled twitter addicts, the 1980s left a musician's reputation in the hands of bigwig marketers, orchestrated interviews, and the occasional maverick journalist.

The internet has, for better or worse, exposed our heroes for what they really are and, in many cases, blurred the line between consumer and artist. Facebook and Twitter allows users to verbally lynch celebrities and artists, giving those on the receiving end an opportunity to fire back at the public using the same technology. When rap urchin Chris Brown attacked partner Rhianna in 2009 in a vicious domestic episode, it wasn’t long before the internet took him to court and judged him akin to a minion of Satan. In Purple Rain, it’s forgivable to sit through an initial viewing and feel that Prince is a tyrannical, misogynist but, I would argue, this is an important part of what makes the film so worthy of reflection. Though the behaviour of much of the male cast borders on deplorable, the film's finale attempts a shift in perspective, instead celebrating the female cast’s power over the titular anti-hero as he begs for forgiveness.

Could it be that through misogyny and neglect, Prince used Purple Rain to offer an unabashed subversion of 1980’s sexism at its worst, or did Prince wish to channel his own biographical experiences with artistic delicacy?

The plot is a simple rags-to-riches affair following young Minneapolis musician ‘The Kid’ (Prince) and his band The Revolution. Though clearly accomplished, talented and attractive, their nightly shows at the First Avenue Nightclub suffer from stiff competition from house band The Time, who wish nothing more than to see The Revolution cut from the venue's line up. Purple Rain acts as a character study - and although fictional, there are distinct elements to the films presentation and writing which correspond with Prince’s attitude towards fame and publicity at the time of its release.

The Kid’s personal demons result from an abusive domestic background and a desperate plea to reject his father’s violent, misogynistic influence. The women in his life are treated with emotional distance and frequently subject to mind games in order to gain his approval. His main love interest (Appolonia Kotero) is a young performer with aspirations to front a performance group. She approaches The Kid early on out of admiration and they soon become lovers. Their relationship is immediately strained by his reluctance to commit, as well as the pressure put upon her from The Revolutions’ rivals Morris Day and his right hand man Jerome to join their group The Time.

Within the first half hour of the film, it becomes evident that The Kid, Morris Day and Jerome hold women in low esteem. Most memorably, Jerome is seen lifting a disgruntled performer and throwing her into a rubbish tip in the street as a means of stopping her verbal attack on Morris. Later, during a dance audition for the band, Morris sits voyeuristic, belittling the women with misogynistic abuse. A turning point for Prince’s character comes when Appolonia breaks the news that she is to join Morris as a dancer. She attempts to soften the blow by purchasing The Kid a much desired new guitar (depicted early on in the film). The Kid reciprocates with an earring to imply a union of sorts between the two that cannot be broken. Though initially grateful, upon learning of her ‘defection’ to Morris’ band, he responds with violence and hits Appolonia to the ground much the way he has seen his father beat his mother in the past (When Doves Cry anyone?). Realising that she isn’t free under his loving ‘reign’, she rejects the gift and liberates herself by forming the Appolonia 6 dance group without any male involvement.

Among his group stand Wendy and Lisa. While acting as the band's rhythm section, they eventually emerge as an integral element in The Revolutions’ success. Throughout the film, the duo consistently attempt to introduce ideas to The Kid, who brushes them off with a self indulgent arrogance as being simply peripheral members. Their disillusion leads to a confrontation about his reluctance to listen to their new song (ironically his biggest hit, 'Purple Rain') as it becomes wholly evident they are being simply used for their sex appeal (- during a performance of Computer Blue, Wendy simulates fellatio on Prince’s phallic guitar to excite the audience).

In a 2008 interview by Tampa Bay pop critic Eric Deggans with Wendy and Lisa, he enquires whether the film was “art imitating life” or did “life wind up imitating art later?”. It becomes evident from their responses that Prince, ever insular, very much relied on their exuberant personalities to front his band publicly.

“He really counted on her (Wendy) for all the interviews and things like that because she was very charismatic and energetic and young and a little firecracker, and he really loved her to go out there. It was like, you go, you go talk, you go do, you go accept the awards, you know, stuff like that.”

During the film’s finale, The Kid finally performs their version of 'Purple Rain', but in turn applies his own apologetic lyrical agenda which acts as a celebration of the female cast, as well as a means to wash away his own masculine insecurities that have caused him such conflict to this point. The song can also be read as an allegory of thanks to Wendy and Lisa, who up to that point had not been acknowledged for their input into the chemistry of Prince’s success.

Purple Rain is full of contradictions. Feminist film critic Laura Mulvey argues that any visual element that offers a male voyeur aesthetic or sexual gratification is inherently 'non-feminist'. However, I would argue that surely a film can use narrative to subvert the visual pleasure in favour of feminine integrity. A key scene to consider would be Prince’s performance of 'Darling Nikki', which also stands as one of the most sexualised and hilariously entertaining moments of the Prince’s career to date. The performance coincides in the film's plot with the breakdown of his relationship, his father’s attempted suicide, and general lyrical disapproval by his manager and fans. It’s as if Prince (who no longer plays the song live, albeit teasing the intro at a 2011 festival show in Poland) used the track to vent his own obsession with sexuality but at the same time to openly confront the negative aspects of his own personality.

For me, Purple Rain’s enduring appeal lies within its humanity. Nothing quite like it has come along since wherein a pop star of such enigmatic mystery bares all through a fictional film showcase. While some enjoy the film for the performances (which are arguably just a promotion for his live shows), those with an interest in Prince as a person will ultimately reap reward from The Kid’s story. As to the film's feminist leanings, it’s clear that Prince wanted to implicate elements of pro-feminism but they are so veiled that such an approach is ultimately doomed to failure. The end sequence in which Prince performs 'Purple Rain' as a means to claim forgiveness from his peers is an effective signifier but the abuse depicted through comic relief by Jerome and Morris Day end up nullifying the moral payoff.

Prince is The Kid, a fictional embodiment of all his insecurities and apprehension about show business. If anything, the film is a primary catalyst for Prince’s later religious enlightenment; it’s an outrageously hedonistic celebration of rock n’ roll that may have just been too much for him to handle. The conflict between commercialism, integrity, sex, misogyny and morality is clear and nobody has done it better since. While today we have Burial hiding behind binary code, Prince saw fit to hide in plain sight behind celluloid and glamour. Purple Rain is a nostalgia trip back to a time where exposure meant everything, it’s all or nothing. It’ll never stand as a piece of eclectic film making but it shall remain a cult classic, showcasing the excess of show business’ effect on a fragile artistic mind.

In Photos: Veronica Falls @ The Harle...