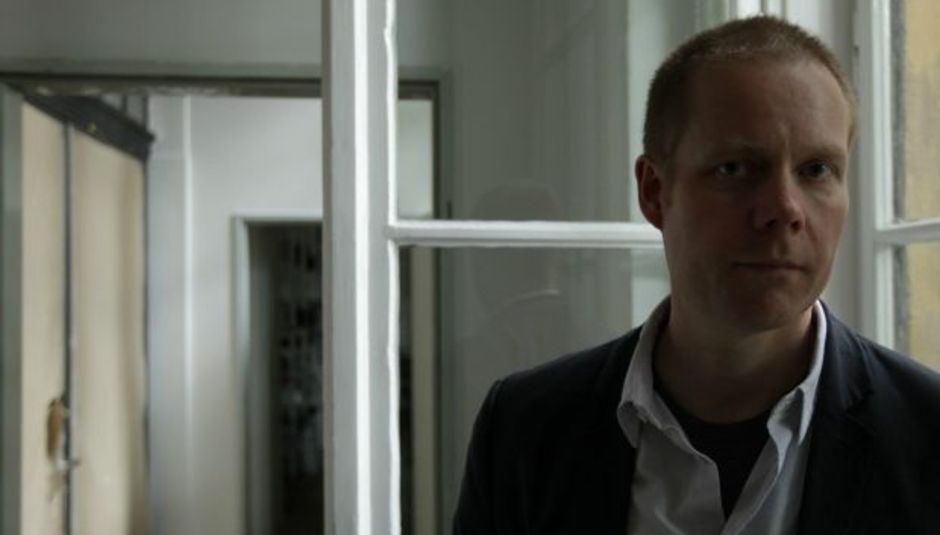 Max Richter casts a distinctive shadow on the contemporary classical landscape. Despite spending his formative years sheathed in a world of musical academia, studying both at the Royal Academy of Music and with the likes of Luciano Berio in Florence (an influence he regards as “a genius,” describing their few meetings as “life-changing”), Richter continues to make the sort of music that's as accessible to fans of post-rock or electronica as it is to admirers of something more traditional. This music – that which has been featured alongside choreography by Wayne McGregor, in the likes of Martin Scorsese's Shutter Island, and everywhere in between – exists in a suspended state of poignancy; often bleak, but full of varied shades and nuances. His latest project, meanwhile, sees Richter's vernacular entwined with something different; his ‘recomposition’ of Antonio Vivaldi's hugely adored The Four Seasons rejuvenating the Italian composer's original.

Deutsche Grammophon's Recomposed series has previously seen everyone from techno kingpin Carl Craig to British electronic music luminary Matthew Herbert remix recordings from the label's archive. Richter's contribution to the series stands distinct from its peers in its interpretation of the instruction ‘recompose,’ quite literally recycling Vivaldi's material on a note level. “I did start by remixing an existing Deutsche Grammophon recording,” Richter admits. “That was the brief for the series - but I quickly became frustrated by the limitations of working in this way - so went back to my original idea of actually rewriting and rerecording, to really get 'inside' the material.” Vivaldi's Four Seasons, while an esteemed component of the classical music canon as we're familiar with it today, seems, in many ways, an odd choice for the 46 year-old Berlin based composer famed for his music's filmic melancholy. In actual fact, however, the recomposition of this paragon of the Italian Baroque is something that's been on Richter's to-do list for some years. “This recomposition process is something that Vivaldi did himself, of course, so I liked the idea of carrying on that conversation, particularly because his music is so unlike my own. What tempted me about The Four Seasons is that it's a piece of classical music that almost everyone knows - we all hear it all the time - so everyone can be in on the game of recomposing it (rather than it being an intellectual exercise that only a few have access to). There is also a part of me that would love to reclaim Vivaldi from muzak land.”

Of course, where previous contributors to the series had only to create their ‘recompositions’ in their own studio spaces, Richter's work had to be given the breath of life by some external collaborators. “I knew André [De Ridder, conductor] through his work with friends of mine and he seemed an ideal fit for this because he has a lot of new and experimental music experience, but he also trained originally as a baroque violinist, so he understood the piece from the inside. Daniel [Hope, violinist] is obviously a great player, and very open to new ideas. He was very enthusiastic to do this project, so it was an ideal fit.” The finished record certainly goes for the jugular; what the listener is presented with is both an augmentation of the Vivaldi and a surprisingly successful synthesis of his and Richter's styles. At times, it's as if the Baroque composer's music has seen a red rag, and transformed into something ballsy and visceral, while elsewhere the music retreats to the same melancholy space we're used hearing in Richter's work.

“We recorded the orchestra in the traditional 'Classical' way - i.e. completely live, all in one go, and with minimal technical interference. Once we got the takes we liked we cut them together and made initial 'raw' mixes of that material. At this point I could have delivered a very much more 'Classical' sounding record, but for me the studio is also part of the composing process, so I then took the music away and started to add bits and pieces of electronics in there and do some subtle processing, working the sound more than you would ever do in an normal 'Classical' record. So hopefully you get a sort of larger than life orchestral world in the record, but without necessarily being aware that anything has been done…”

The first performance of the work took place in Berlin, and by all accounts, it was a storming success: “We played the first show with the orchestra at Berghain, which is a sort of Berlin techno mecca. It was a wonderful night, not least because the sound system goes down to about 18Hz, which for my music (I'm a total bass-head) is just sublime.” This venue, a 1500 capacity nightclub on the border between Kreuzberg and Friedrichshain, hardly seems an obvious choice, but to Richter, the diversification of performance space is an important aspect of his role as composer: “one of the side effects of the downloading phenomenon is that people are listening much more widely, which is great, so it only makes sense to try to open up new performing settings too.” It's an approach that seems to be working. A tweet from Richter on the night apologised for turning so many people away, while the unprecedented number of would-be audience members was also noted in reviews. “It was supposed to be just a low-key release party, but it ended up being totally rammed, with most people having to be turned away … I wish they could have got in, so we are planning another Berlin gig ASAP!”

Of course, while the Vivaldi project is reaching fever-pitch, there's always other undertakings demanding Richter's attention. The first that the composer mentions when asked about his workload is the score for an upcoming Ari Folman film (“it's going to be great - very trippy,” he reveals). He also mentions Random International's Rain Room at the Barbican, an instillation piece in which visitors are able to walk through 100 square metres of heavy rain that parts around them as they move through the space. Richter has written some music to go alongside choreography by Wayne McGregor (the pair having previously worked together on their Infra project), which is to be presented as a response to the installation on four Sundays throughout the coming months. Finally, he teases at the most anticipated of them all: “… and for next year, the new solo album, which i'm really excited about.”