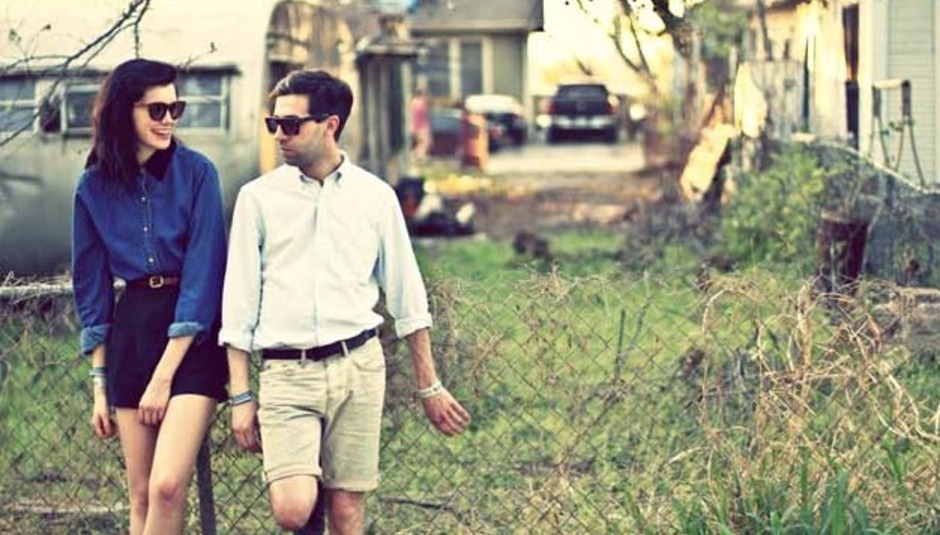 Let’s talk about pop music. Not the grandiose, melodramatic, worldly religious anthems of Gaga; not the grating easy-listening every-man Adele ballad; and equally, not Bananarama. Pop music is usually mass-marketed, written with the same I V VI I chord progression, or is so utterly revoltingly annoyingly catchy that you find yourself singing it in your sleep and consequently waking yourself up with the metaphorical bile that you are expelling from your mouth. But this is the 21st century people and Pop, as mostly trashy as it is, has found a warm place in the modern day muso’s heart. We’re not telling you that The Saturdays’ music is groundbreaking, or that Joe McElderry is a totally inspirational artist, oh no.

Look to the other side of pop music - the shadow it is creating in the world of the indie hipster. R&B is becoming cool (Drake is on every blog imaginable) and everyone thinks what Nicola Roberts is doing at the moment is pretty fucking good, actually. There are endless pop genres: electro, afro, goth… the list goes on. And now the Future Pop movement has been created by Canadian band New Look, husband and wife duo Adam Pavao and Sarah Ruba. “I think that term is born out of us not wanting to call ourselves straight pop, because we don’t feel like we’re purely that,” Sarah explains. “Even though we feel like we’re gearing towards writing pop songs, it’s not like Britney Spears, you know? Also because of the synths, the ‘80s influence, it sounds kind of spacey; and when synthesizers first came out, they were like ‘The Future.’ It’s a way of using a nostalgic term for electronic instruments in combination with popular and futuristic sounds.”

Sarah and Adam have a house, with its own built-in studio, in Toronto; “I always keep a notebook to write down phrases or lyrics for when we’re in the studio. Usually it starts with Adam tinkering around in the studio and I’ll be in the kitchen next door baking or whatever and then I’ll lay down lyrics on top of his chords,” Sarah tells me. The couple also live in their New York apartment part-time, where they play shows and Sarah has most of her modelling work. “New York is like the exciting city where everything’s happening, and Canada’s where we go to escape and to work.” Adam expounds, “I grew up in a suburb of Toronto and it was just all brand new developments, cookie cutter houses that all look the same and perfect. There wasn’t anything to do so kids would throw shows in their parents’ basements, so we were involved in this scene of Friday night basement shows.” Sarah adds, “I had the old small town equivalent of that. We had like emo punk nights or ska night at the town hall. All the kids would go.” Adam talks about Toronto’s music scene, where “Everyone’s just waiting to see what the rest of the world’s telling them what’s cool, and then they’ll like it.” Sara interjects, “And at shows, they’ll kind of just stand there, blankly.” Adam: “The few shows we have played in Toronto are more about people showing up for the scene, and not to hear new music. A lot of good artists come out of Toronto.” Sarah: “But you have to get outta there to do anything.”

On the other side of the scale is the New York scene where New Look opened for Theophilus London; “he’s a good friend of ours - and his audience really liked us, which is cool,” Sarah tells us. Adam adds “New York is similar to London in the way that it is a big city, and everyone is searching for something new; that’s inspiring and motivating.”

So what does the Future Pop duo think makes a good song? Sarah answers, “I don’t think it’s indisputable. The form of it, all the technical boring stuff, a catchy chorus, a melody, and hopefully in my opinion I think sincerity and realness is important. The technical stuff is good, and there are a million pop songs that have all that stuff but they are total crap because there’s no message behind them. So, a good pop song has to have that extra really important thing: soul.”

The couple have been New Look for four years now, having taken time on recording their debut album that they started recording two years ago and will be released in September. “Before then we moved to New York, I did tonnes of modelling and we were consumed by the modelling business, so we barely got any music done. But that was okay because it was our developmental time. And then we moved to Berlin to record the album,” Sarah recalls. On making the album in Berlin, Adam recollects, “It was really inspiring to be there and listen to the underground electronic stuff coming out of Berlin, because you don’t really hear that anywhere else. It was cool, like we went into the future a little bit. It inspired us to hear fresh, new music.” Did Sarah Ruba’s modelling career prompt New Look’s strong aesthetic? “I wouldn’t say that my being a model had an influence on that, but fashion is really important to us. We love clothes, taking pictures of each other and trying on different outfits all the time. It’s more like an overall aesthetic that we want to hone that fashion comes into, as well as visual art and photography. I still get modelling work but now the trick is to do work that doesn’t interfere with music. We’ll see, but I’m still in the transitional stage right now. Modelling is just a job, which is great and I like it- it pays the bills, but it’s someone else’s art. When you’re doing a fashion editorial, you’re contributing to the photographer and the stylist’s grand vision and you’re just the prop. That’s not enough for me; it’s irritating, actually. I have so much energy to put into our own art.”

Judging by her and Adam’s music thus far, the transition from modelling to music may not be far from completion. New Look’s record is out in September, but look out for another single that they will be releasing before then, accompanied by a brand new video. And with Chromeo’s forward thinking home label !K7 records backing the pair, this promising blog band are sure to propel to cult Future Pop status very soon indeed.

In Photos: Yann Tiersen @ The Roundho...