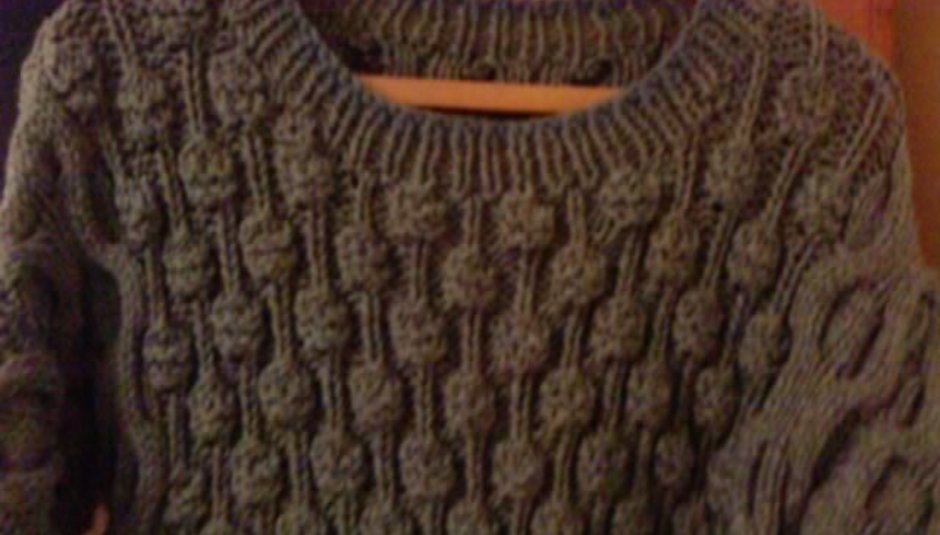 I have only heard the first half of 'Magic Bus' because Static Caravan are traditionalists, they want you all to leave your bloody houses and stand at the counter of your nearest record shop, mithering the staff to hear the round things until they snatch away the headphones and put passive aggressive signs above the decks. Which is to say that as far as I can tell, it is not available to listen to on any of the internets I pulled off the shelves, and I had one of those steppy ladders. I'm honestly not sure this matters when you have a song as good as this one, which is roughly in the Canterbury sound tradition and will therefore appeal to those of you in possession of a Steeleye Span album, although it has nothing like the attendant wibble or doom those records do, and it is not a song about Robin Hood [ALTHOUGH INCIDENTALLY IF YOU DO NOT OWN GAMBLE GOLD BY STEELEYE SPAN I AM NOT TALKING TO YOU, IT IS THE BEST, THE BEST, THE BEST] or about a hall inhabited solely by bachelors as if male spinsterdom were some sort of round-table or freemasonry-style cult (and maybe, maybe it is).

Anyway. 'Magic Bus' is brilliant because although it could be the theme tune to a Play For Today for the children of 1978, and although in my woman-mind now I am imagining how all of Magic Bus have Nanna-knitted jumpers in red, blue and white - hopefully with snowflakes on them, it is not nostalgic in a parodic, Everything Old Is Automatically Good And Kreayshawn Is The End Of Days sort of way. It has all the warmth and you know, pubbiness of the best, non-murderous-fairytale-driven folk, it is the sort of song I would hug so hard its bones would crumble. Just lovely - however Pam-Ayres-drunk-on-flannelette that sounds.

As I find it difficult to tell if this is minimalist punk or simply a case of someone making music as quickly as possible without care or looking backwards (which is in itself quite punk); and as ‘I’m Creative’ is abrasively thrown together in such a way that a person feels expected - if not actively challenged - to go ‘Is that it, then?’, I present it without much comment. Other than to say I tried harder with it because I generally like what Stones Throw do, and that - as far as anyone with a fondness for The Archers can judge whether something is 'real' or not - ‘I’m Creative’ sounds uncalculated, unself-conscious; it aims for a Fall-like plainness even if the lyrics are ill-read and bare to the point of starvation. Anyway, Vex is apparently the first artist to be picked out the demo pile in the history of the label, all thank you cards should be addressed to Peanut Butter Wolf, who found him. For now, I’m keeping mine in the drawer with the porcelain lavender pomanders, unsent.

Starting their dubby, beaming song with organ pulses as redolent of balearic bikinis as organs can be when you are quite bad at metaphor, ‘Can’t You Tell’ is hanging the sycophancy and aiming to please. And because it is very important to file music and not just enjoy it - selecting the precise weight of manila folder in which to place each melody so that it can be retrieved quickly and efficiently when a particular mood takes you again, here are Vetiver with the hanging file marked Indian Summer, just in time. This song may be straining on the precipice and just about to tip over into the record collection of the sort of people who favour beach bonfires, unforgiveable shorts and chilled vibes, but it’s not fallen in there yet - mainly because I am holding its ankles and hoping it is for Us, not Them. By all of which I mean: don’t let the hippies get hold of it and ruin everything.

‘Grandma’s Hand’, ‘Old Man’s Hands’, it’s all the same to me because songs specifically about the decrepit claws we can all expect to be stuck with at seventy are a teeny tiny musical niche I can get behind. And despite there being no references in this song to Tenura Anti Slip Silicone Rubber Jar Openers [disappointing] there is instead a deliberately rubbish bontempi organ blip that serves as the song’s metronome, some very sorry-for-themselves muted trumpets, a glassy repetitive piano and some lyrics about long-life batteries. Basically nobody else is writing songs this good about people who only have one tin of pilchards from 1992 in their larder. Hayman has humdrummery covered, everybody else back off.

Because you need not read a hundred youtube comments to come to the conclusion that what is happening here is strongly reminiscent of Mazzy Star’s ‘Fade Into You’, and because this means ‘Coming Down’ is standing in front of an impossible, endless and slightly pointless wall rather like the one in Paul Auster’s The Music of Chance, let us accentuate the positive. Good: Dee Dee’s voice rattling along in the dark of all that histrionic reverb. Bad: slightly too-plain lyrics. Don’t get me wrong, there is enough effort and strain here for a thousand am-dram productions of Three Sisters, and if anyone was going to lob a voice around like it was a lead frisbee, I’d rather it was Dum Dum Girls, than anyone else. But you know, still.

I like Theophilus London and not just because I am jealous of his grandly showy name. I also like how he has signposted his influences here, what with having the word ‘stand’ in his song title and its chorus sounding a bit like The Police. This is a rangy hip-hop jam with more pace and momentum than London’s other, smoother, outings, which straddles just about every genre currently popular on Radio 1 and which deserves to be as popular as those currently sunning themselves on that playlist - not least because his deliberately crappily blue-screened videos go against all the vulgar crassery that is currently being foisted on the yoots. I still think it would have been better if he has called his album Timez Iz Wierdziez.

Continued exposure to a thing often makes you cynical, which is why none but the most foolish would mistake the happy in shopgirls’ eyes for anything less than what it is - which is to say; raw, hardy capitalism. But when someone writes to you and tells you they are thirteen; and that they have written an album of songs dedicated to all the girls they ever loved; and which will be released on their fourteenth birthday (NEXT YEAR); and when said song turns out to be not rubbish, one’s brow becomes furrowed, if not actively suspicious. I mean, while I realise it is parlous to bang on about a person’s youth as if it were in itself remarkable (nobody, after all, chooses to be born when they do) - surely there is something uncanny about the sort of accomplishment 'Phylicia' displays. Uncanny in a brilliant way of course, but sort of jarring all the same. Anyway, here it is, apparently written by someone barely out of short trousers but long on melody, joy, craft and with the guileless pop smarts of someone three times older.

When I am listening to this I am put in mind of all the young people currently suffering the indignity of deeply unsatisfactory Freshers Week snogs. Listen to the old lady when she tells you from her rocking chair: it gets better.

My problem with Clock Opera is nothing to do with how proficient they are, songcraft and an agreeably complex attitude to pop structure is never going to upset my stereo. What I can’t work out after two years of listening to them, is what they ruddy mean. Who are you, Clock Opera? As with a few bands these days that seem forever damned to occupy the outer lane of indie’s 400m affleticks track, these coves' M.O. seems maddeningly indistinct; somebody write them a manifesto.