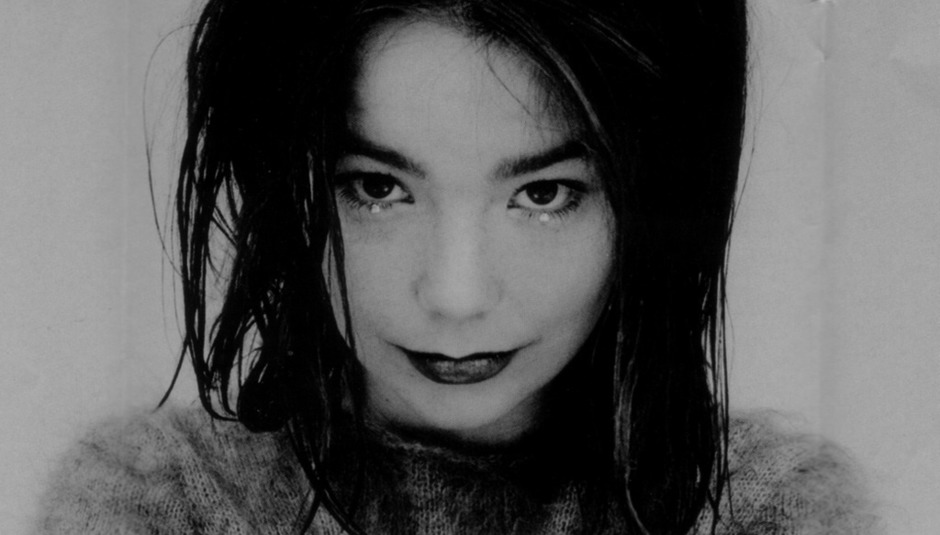 I was watching Björk play the Other Stage at Glastonbury in 2007 when the dreadlocked man in front of me took a live snake out of his backpack. “Jesus!” I said, “Is that a live snake?” The serpent danced slowly in his hands, flicking out its tongue inquisitively as Björk’s rhythms filled the air. The man looked back at me with a distant smile: “He loves the vibrations.”

Well, don’t we all? Over the last two decades Björk’s vibrations have established her as pop music’s preeminent innovator, a fearless and restless proponent of the avant-garde whose discography defies the staid categorisation of genre. When I meet her on a summer afternoon in West London her enthusiasm for her work is infectious and the ebullient conversation as eclectic as you’d expect. We talk about education, about feminism and Lady Gaga’s outfits, about why she’s like 'carrot soup and tequila' and Coldplay are like 'chips and sausages', about political activism and aluminium mining and even about the lack of punk spirit in proprietary software, a topic she acknowledges she probably shouldn’t talk about.

Fittingly for someone who can make even reptiles shimmy, she also talks about the passion for nature which informed her latest wildly ambitious project, which shares its name with the hypothesis that humans have an innate affinity with the natural world: Biophilia.

It’s an idea she relates to. We’re in Little Venice, where she has kept a house since the time of Debut, and she tells me that the canals here are her surrogate for the sea: “Yeah, when I came here in ’93 I looked first for places by the Thames, but I didn’t really find anything I liked. Maybe it was a bit industrial, too. I guess I settled for the canals, I just like walking…”

This is a nicer place to walk than down by the river. “Yeah, I have a routine where I will go for walks and I can work on my melodies. I actually use the canals, but then I discovered because I go to the swimming pool in Westbourne Grove that I can walk through – there’s all these tunnels underneath the motorway. They’re quite good for working on my melodies actually. They’ve got a really nice echo. I sort of have to go somewhere where no one is, or they’ll arrest me and put me away.” She giggles. “In Iceland, even though you’re in the capital you can always walk for five minutes and you’re on your own. That’s kinda how I’ve worked on my melodies since I was a kid.”

The evidence for this is there in her songs: she says they’re all 83 BPM because that’s the speed she walks at. “Yeah, it’s pretty pathetic!” she laughs, “I’m actually trying to push one of the songs on the album now above 100 BPM but it’s proving hard!”

When Björk says she’s been working on melodies since she was a kid, she means it. She first became a star in Iceland at the age of 11 after one of her music teachers sent a recording of her singing a cover of ‘I Love to Love’ by Tina Charles to RÚV, at the time Iceland’s only radio station. When the recording was broadcast Björk was offered her first contract by local label Fálkinn, and with the help of her stepfather released a self-titled album in 1977. Björk has since said that she felt strange receiving praise for songs she had only sung, not written, although she did contribute one track which showcased her precocious talent and her maverick aspirations: an instrumental piece for flute named after Icelandic painter Jóhannes Kjarval.

She didn’t remain that cherubic child for long. As a teenager she shaved her eyebrows and joined a series of punk bands: she drummed for an all-girl group called Spit & Snot, was flautist for the proggier Exodus and then joined Tappi Tikarrass, whose name translates as ‘Cork the Bitch’s Ass’. Her next band, KUKL, recorded a couple of albums for Crass Records before spawning The Sugarcubes, whose 1988 single ‘Birthday’ and subsequent album Life’s Too Good gave Björk her first real taste of global acclaim.

After three albums The Sugarcubes split in 1992 and Björk moved to London to establish herself as a solo artist. She made it look effortless. The album she recorded with producer Nellee Hooper of Soul II Soul, Debut, won her ‘Best Newcomer’ and ‘Best International Female’ at the Brits in 1994, while her music videos were already beginning to make her an icon: the Michel Gondry-directed video for ‘Human Behavior’ was nominated for a Grammy.

For 1995’s follow-up Post she worked with an assortment of producers drawn from jungle and trip hop, including Tricky and Graham Massey of 808 State, to create an album she described as “musically promiscuous”. 1997’s Homogenic reacted against this, setting out to explore her Icelandic identity against a backdrop of explosive, distorted beats. Her next album Vespertine was another about turn. When it was released in 2001 she told Simon Reynolds that she wanted it to be “a love affair to the home, about creating paradise under the kitchen table. It’s about creating peaks without outside stimulants… The kind of peaks you reach reading a book.”

Looking back at her career, Björk acknowledges that the clearest pattern is her stubborn refusal to repeat herself. She offers by way of explanation the fact that she adores a challenge, which often manifests itself in her choosing to take on genres she ordinarily dislikes. She wasn’t sure about a cappella music, she says, so she made Medúlla. She wasn’t excited by protest music, so she made Volta . “I guess with each project I have some sort of personal taboo I have to break,” she continues. “I don’t know why. It’s some sort of a kick I get out of it. I mean, obviously I’m also embracing a lot of things that I like, like nature, electronic music, vocals, choirs…”

For Biophilia, which will be simultaneously released as a series of musical and educational games built into an app for iPad and iPhone, part of the challenge was to take the idea of generative music, music created by a system, and use it to actually write great music: “I guess I’ve been going to galleries and museums – not often, but once in a while - and I’ve always thought it was such a strange brand of music. A lot of it is such a good idea, an amazing concept, and you walk through it and it’s interactive in space – but would you be able to then go home and listen to that song on your stereo, without knowing that, and it still be a good song? Or hear it on the radio? In most cases, that’s not the case. I don’t blame it; because of course it’s still good. Certain music is good in films, certain music is good in porn movies, certain music is good in clubs… that’s the good thing about music, it’s everywhere. I guess my challenge with this project was to do generative music but that it was still ‘songs’. I gave it my best shot that if in ten years somebody listens to the CD, or whatever format is going on then, and they don't know anything about it… it would be just like my other CDs. It wouldn’t be that you needed the apps to get it. So in that way I wanted to unite those two worlds, you know?”