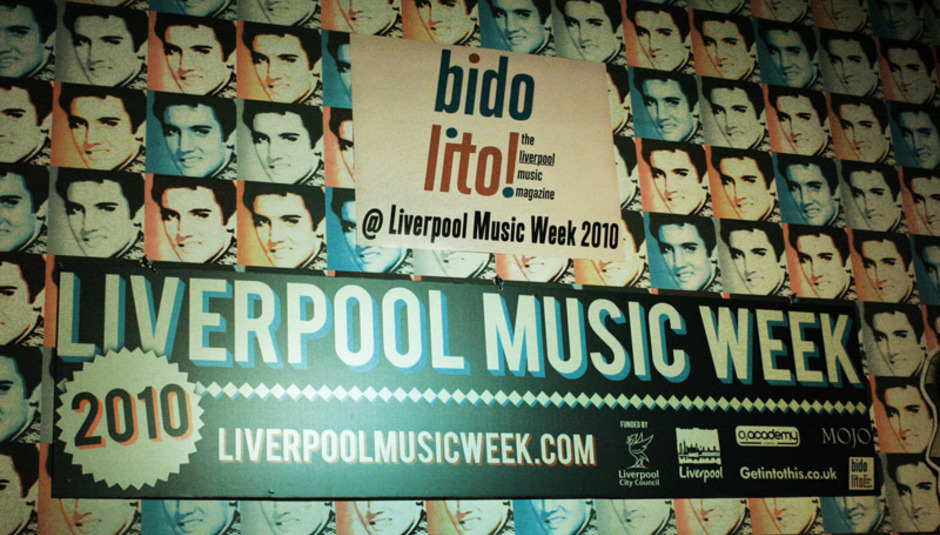 It’s been a borderline unforgivable length of time since the inaugural ‘Drowned In Liverpool’ piece which I can only sincerely apologise for and when I re-read my grammatically suspect ramblings it genuinely quite surprised me how much the scene has changed in the past year and a bit.

There is still an argument that isn’t ‘what it was’ compared to the halcyon days of the mid-noughties, but a much stronger sense of unity and camaraderie appears to be making it’s way back into the Merseyside music industry and that four letter ‘b’ word we all crave as grassroots music fans is starting to be used again in those good old revered A&R circles.

That’s right: There’s a bit of a buzz.

It’d be unfair to commend one particular person/artist/place/thing that’s been the sole catalyst for the beginning of this transformation, but the launch of a much needed local fanzine in the form of Bido Lito, the opening of a rather lovely venue in the shape of The Shipping Forecast and the continuing success of Liverpool Sound City are three things that stand out to this humble Liverpudlian habitant.

Music fanzines come and go. Some last years whilst other perish in mere months, but it would appear the good folk behind Bido Lito are hopefully here to stay after recently releasing their 1st anniversary issue with readership ever on the up. A good mix of local scene news written with enthusiasm but without being sycophantic (which, for me, is usually the downfall of most local music industry press) coupled with regular social nights at The Shipping Forecast and a monthly podcast, Bido Lito is fast becoming the place to start to get a good overview on what’s happening around here.

As mentioned in Drowned In Liverpool #1, Korova bar was the venue of venues to play, drink, socialize and pick up androgynous looking indie scenesters with obtuse haircuts. Korova moved premises and then subsequently burnt to the ground several months later in a rather tumultuous fall from grace and for a while there was a noticeable gap within the scene.

Along came The Shipping Forecast who took over an old ‘Flares’ and have done a staggeringly good job at giving it it’s own personality and, for want of a better word, vibe. You never would have known it’d once been host to hoards of stag and hen do’s who’s attendees either a) didn’t or b) weren’t allowed passports and therefore decided that an evening of debauchery in an 80’s themed bar in Liverpool city centre was an appropriate place to go to celebrate their last days of freedom. With a modest sized sweatbox of a venue in the basement which in recent months has played host to such artists as Dutch Uncles, Dry The River and SBTRKT, rather tasty burgers and a pub quiz hosted by a Northern Irish dyslexic gentlemen who has gained minor notoriety thanks to his appearance on BBC 3’s ‘Don’t Tell The Bride’, The Shipping Forecast has firmly become a favored drinking hole for ex-Korovians.

May saw Liverpool Sound City host it’s fourth year in the city with the general consensus that it was its best performance to date. Previous years had seen the festival offer a lot in terms of artists playing, but ultimately let itself down with stage times being as reliable as Fearne Cotton getting anything remotely interesting of note from her Frost vs Nixon-esq interviewing skills. Thankfully this year a conscious effort was made and for once I was happy to report that when I had eight bands scheduled to see in one evening I managed to catch them all. Huzzah!

Highlights such as Sound of Rum, Ed Sheeran and the Bella Union showcase catered for a variety of musical tastes whilst over in The Kazimier (more to follow) Drowned In Sound hosted the likes of Three Trapped Tigers, Fucked Up and the effortlessly enigmatic Kurt Vile. Needless to say; much mirth was had by all. Lovely.

The Kazimier is quite simply fucking brilliant. I’ve yet to meet anyone who hasn’t almost instantly fallen in love with the place after witnessing their first gig in there. It’s hard to pinpoint in prose just what’s so magical about it as it goes far past the basics of good quality sound, interesting décor and a very admirable booking policy (at times it appears they’re trying to not make money). It’s now getting to the point where I’ll be watching a gig in another venue and I’ll start feeling grumpy about the fact I’m not experiencing it at The Kazimier.

Who to listen to

Ambience is a marvelous thing and Matt Barnes has an astonishing knack of creating little moments of sonic wizardry like ‘Miarches’ which although may sound minimal on first listen, slowly unravel into something far more intriguing after several spins. Read DiS’s 9/10 review for his ‘Dagger Paths’ release here

Q. Add together two of the offspring of Kid Creole and a lady from the Faroe Islands who has recently supplied the vocals on DeadMau5’s ‘Raise Your Weapon’ single and what do you get?

A. An act good enough for Seymour Stein to sign.

Picture Book are in the business of making music with rather contagious qualities which is delightfully represented by this ditty.

A band still very much in their infancy in terms of actual age and ‘things to come’ methinks. The more they write the better they’re appear to be getting and this track ‘Demain’ is proof of that. It sounds like Radiohead stuck in a lift. This is a good thing.

Formally known as ‘Bagheera’, these gentlemen thankfully survived the initial buzz around them around 18 months ago (which as we all know can often destroy artists by giving them grandiose delusions) and have come out of the other side with stronger material than ever before.

Leaves Along the Stream by SUN DRUMS

It’s also very much worth following these people on Twitter as they know their stuff; @GetIntoThis, @BidoLito, @LiverpoolLive and yours truly @Pursehouse.