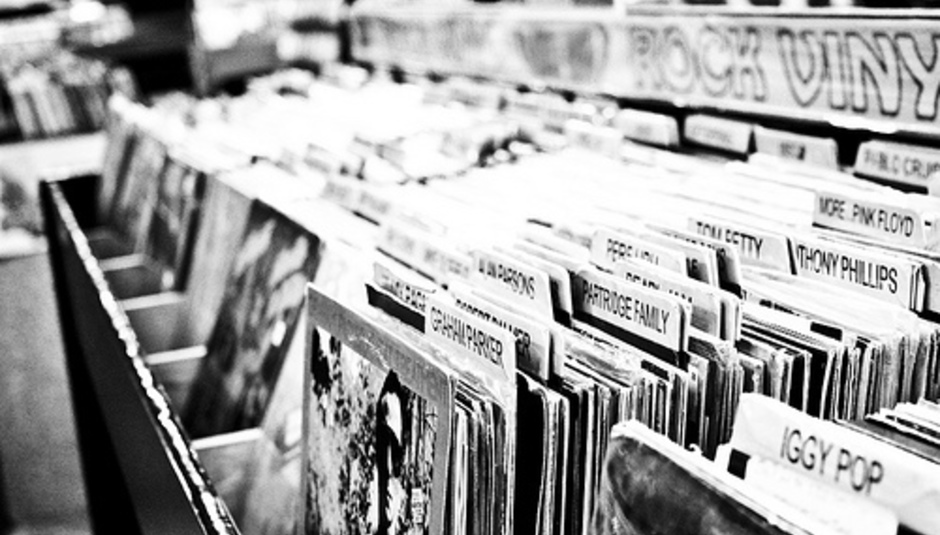 With only one sleep to go before the big day, DiS asked blogger and record shop lover Gareth James to share his views regarding Record Store Day, and to help explain why you might want to camp over night to grab that rare 12"...

In between doing what some might call my ‘proper job’, I run a small music website called Just Played and traverse the nation, dropping into independent record shops whenever I can. Even though we seem to have come through the drastic times of incessant closures, I remain concerned about the humble, small town indie and hope that Record Store Day can continue to raise their profile and keep these vital institutions in business.

Each year, all kinds of exclusive releases are announced, and 2011’s list is the biggest by far. This time, the Radiohead 12” is the headline release, although a rare Nirvana EP and a vinyl pressing of ‘The Fall’ by Gorillaz have drawn a few headlines also. With a pressing of 2000, the Radiohead 12” shouldn’t be too hard to get hold of if you’re willing to be there early, but my understanding is that there are only 500 copies of the Gorillaz pressing, the same for the special Suede demos 7” and half that for the Wild Beasts single. With 182 shops taking part, and the big guns having a big slice of the stock, it’s not difficult to see how you end up with some shops receiving one copy of something they could gladly sell ten or twenty times over. I’ve been in touch with record shops across Britain to ask about their experiences of these exclusives, and there’s plenty to tell. In return for their honesty, I intend to keep all contributors to this article entirely anonymous.

I asked all I spoke to about their experience of stock allocation last year and one response, from a fairly small shop, was particularly interesting: “The more Ivor Bobbins Trio limited square vinyl you order, the more Beatles/Blur/Springsteen you get. The trouble is that stores like us can’t afford to stock the 7” singles from unheard bands. None of the RSD stock is sale or return, you’re stuck with it. If we run a tight ship and try not to lose money then we’re running the risk of not having the choice for the customers on the day. If we don’t order big then we don’t get the big releases. From your point of view, you can’t get what you want and from our point of view, to try and get what you want we need to order stuff that WE don’t want.” It seems a bizarre situation to have small shops spending money on stuff they don’t want whilst simultaneously not being able to buy in the things they’d be able to sell. I should say that opinions varied on how fair the allocation of stock is and most accepted that there is no ideal way to do it. One thing is for certain: if you’re not at your local record shop on Saturday, you won’t even be in with a chance.

With the list of exclusives for this year’s event now at over 200 items, it gives the impression that the big labels are falling over themselves to help out the indie stores of the UK. However, prices seem to be rocketing and several retailers suggested that major labels were “pushing their luck” and conceding that they thought there “might be too many releases this year.” While there is clear enthusiasm for some of the niche material appearing, “there are so many great indie labels doing great things: Bella Union, Domino, Sub Pop, 4AD,” there remain some concerns about exactly how many things customers will be expecting to get hold of on the day. The massive reduction in the amount of sale or return stock, meaning that shops either pay for things upfront or don’t get any copies, increases the risk factor in buying big or even buying at all in the case of some of the deluxe items. For Record Store Day, nothing is sale or return. With a Saint Etienne box set containing only six 7” singles clocking it at around £45, it’s a costly gamble to take in a time when the economy is supposed to be on its knees. Some shops have reduced their dealings with the big labels, with one owner telling me, “when shops can consistently order from Amazon cheaper, and receive the stock quicker, it makes ordering from the majors a luxury they can't afford.” Another store took up the story: “The majors look like they’re helping, by whacking out these releases, but come the Monday we’re still meant to try and sell the latest Universal releases for £13.90 (standard mark up) when you know Tesco will have it for a tenner or less. ” While I continue to believe that it is crucially important for music fans to support their local record shops on April 16th, it seems pretty clear that the big labels are only bothered when they have high-priced, attention-grabbing stock to shift. Take the special edition of Primal Scream’s ‘Screamadelica’, which adds a 12” repress of the ‘Dixie-Narco EP’ to the standard two disc red vinyl pressing. The standard pressing is selling for a little under £20, but add in this four track EP and it suddenly costs £40, with one retailer describing the cost price as “extortionate.” There’s no denying that these labels have provided a range of exclusive items for this Saturday, but the prices they’re selling at would suggest they’re doing well enough out of the agreement.

Most of the shops I spoke to agonise about how to ensure that their regular customers are kept on side despite the very limited nature of some releases. If you’re a big, thrusting enormo-dome with a bit of clout then you’ll have a fair old stash of the good stuff, but a number of the shops I spoke to felt pretty much short-changed by the Blur ‘Fool’s Day’ escapade, with one receiving a sole copy of the highly sought after 7” to sell on the day. If you consider that all of the media coverage in the week leading up to the event focussed on several key single releases, of which this was the biggest, to then provide some smaller shops with only one copy seems ridiculous. As Record Store Day is designed to encourage people who don’t currently patronise their local record shop to get themselves along, with the incentive of picking up something special, what is the point of then guaranteeing that almost everybody who turns up can’t actually get the very thing that’s driven them there in the first place? One store owner pointed out that the distribution of the stock is bizarre, with specialist shops which wouldn’t sell Blur or The Beatles in a million years being allocated copies for the day, luring in customers for music that the shop doesn’t even normally sell; hardly likely to encourage return visits. I’ve heard talk of some shops discreetly stashing the odd item for die-hards, but nobody’s yet found a way of ensuring that those of us who visit regularly get our prized titles ahead of the resale chancers in for a quick buck.

The chuntering about special releases aside, it’s pleasing to hear that, admittedly to varying degrees, footfall does increase after Record Store Day. A number of record shop staff suggested that some of the new customers from last year’s event had popped back, although the following comment seems to capture the effect pretty clearly: “It cements the relationship we have with the regulars who are in day in day out, but it's hard to say about new customers. I'd say perhaps semi regulars have become more loyal following RSD, but I also know a few people came in last year and haven't bought since!” Everyone I’ve spoken to is excited about what the day will bring and it’s clear that the main concerns are the same concerns which have been blighting independent record stores for some time now: cost, supply and footfall. I write this as somebody with a deep-rooted love of record shops, who travels all over the country visiting these fine institutions and spends ludicrous amounts on delightful vinyl pressings. Expect the wave of predictable TV features to commence any day now, with news reporters holding up vinyl like it’s a photograph of Jesus and Gyles Brandreth dicking about in an indie shop for The One Show. Don’t expect them to talk about how these wonderful, influential and passionate shops are being fucked over by VAT loopholes and supermarket bulk buys. They may spend a minute or two mulling over the decline of the record shop, but wouldn’t it be nice if they just turned round and said how bloody important each and every independent record shop in the UK is?

The workings of Record Store Day are far from perfect and there will be some disappointed people on Saturday; eBay scalpers will be dancing around their PayPal accounts faster than you can say “I’m sure you could have sold 5000 copies, Thom.” But the record shops will still be doing what they always do: offering fantastic service to people who care about music and it is a day to be celebrated, written about and shared. I am hugely grateful to the stores who took the time to speak to me for this article and I hope that I’ve done justice to their opinions. The Record Store Day website will give you some idea of the many and varied events to mark the day which will be going on across the country but contact your local indie of choice (or necessity) to find out more. Most importantly, go and buy a record from them. Or two. Or twenty-two. Having been in this situation more than once in the recent past, you really, really would miss them if they weren’t there.

A Record Store'll Change Your Life, I...