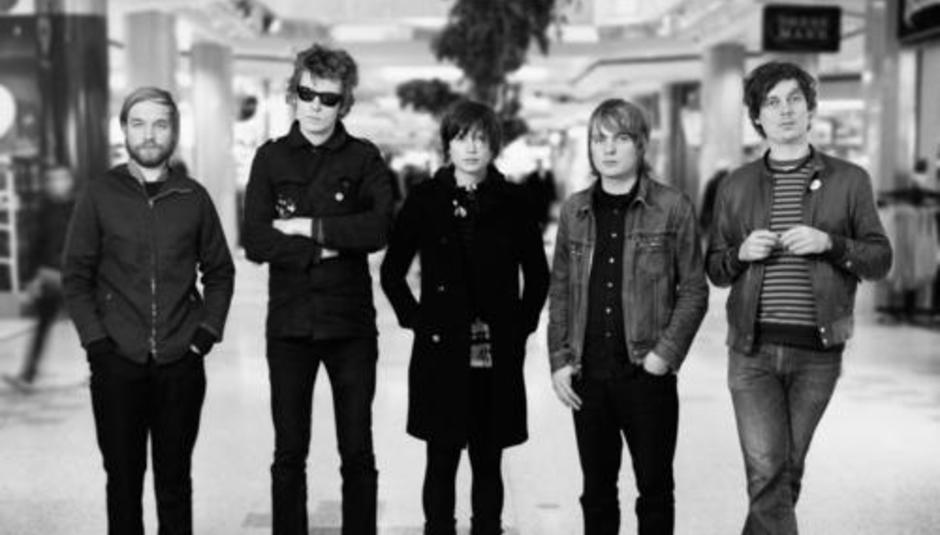 As part of our 10 Years Of Nordic Series we asked a bunch of artists who we like from said region to produce some words on their favourite - or most interesting, most controversial, most fun, most whatever - record of the past decade, and one which came out of their country of origin. Part I can be read here and features slices of wisdom from Ungdomskulen, Hjaltalin and Pacific!. Haukur S. Magnússon, however, wrote us something that deserved its own article. So here it is!

By Haukur S. Magnússon of Reykjavík! So, you might not have heard of Singapore Sling or this album. That’s OK. People look to Icelandic music to get their ethereal glacial nature landscape mysterious elfin waterfall oblivion God crying gold tears from heaven vibe sorta thing on.

That’s cool. People need that. And this has been the predominant stereotype for Icelandic music ever since Sigur Rós (and later múm and others). No problems with that. People need that in their lives, y’know, they need to feel like there’s something else, that there’s magic to be found and fate and mystery and destiny and whatnot.

I sure do. Now. So this is not that kind of album. Even though Iceland can at times be all ethereal glacial nature landscape mysterious elfin waterfall puffin God crying gold tears from heaven double rainbow, it’s not always. Some of us have to live here year ‘round, and let me tell you, it ain’t all ethereal or magical. Sometimes it's downright nasty. Hedonistic, evil, dark, cold and wet. Sans soul and conscience.

And we need music for those times, too (probably more so than the double rainbow times – ethereality and stuff usually doesn’t need any sort of soundtrack). So this album. My Life Is Killing My Rock ‘n’ Roll. It is Singapore Sling’s second album (their first one was called The Curse of Singapore Sling) and it is most likely their best one - even though they’re still making records, and they are still excellent.

It doesn’t sound like an Icelandic record. It doesn’t sound like it came from the year 2004, or the year 1994 (or 2014 for that matter). It sounds like something that The Jesus & Mary Chain, Brian Jonestown Massacre and Suicide would have cooked up when they ran out of other things to do during a lost weekend on some glacier or other.

It was released in 2004, and the moment it dropped it was like everything changed. From out of nowhere came this leather-clad group of sneering nihilists, daytime drunks, druggies and sarcastic, evil fucks that seemed to have fostered and evolved an entire culture of their own while the rest of us were busy frolicking naked in nature to the tune of múm’s 'Sunday Night Just Keeps On Rolling'. Fun fact: during one of the times that Singapore Sling went kapoof! and lost all their members before a crucial show, Örvar of múm stood in on bass.

This is not mean feat. Iceland is a really small country. Try acting all cool and sneery and leathered up when you know your aunt or grandmother looms around the corner, ready to grab those pimpled cheeks. It ain’t easy. But they somehow did it while at the same time managing to channel all that apathy, ennui and carelessness into 51 minutes of pure RAWK abandon.

Life Is Killing My Rock ‘n’ Roll is about just that. A key lyric goes: “I want to die young, but I’m getting old / My life is killing my rock ‘n’ roll”. And there you have a theme of sorts, if you’re thus inclined. It’s about that urge to self destruct, that urge to rock out, to give the middle finger to the world going out in a blaze of booze, drugs, cheap sex and great tunes. And how frustrating it can get when your shitty day job, your family and your everyday duties seem to overcome and nullify all your attempts to transcend a mundane life.

Singapore Sling put their all into this record. It was recorded over a long time, mixed over an even longer time and then toured relentlessly until the band spontaneously combusted and lost four of its six members - don’t worry, they went on to find new members.

Like a desperate cry for darkness in the all-encompassing rays of ethereality and double rainbows that cloud Iceland and your life in a country of 320.000 tiny souls. There were a lot of great records released in Iceland over the past decade (I am even lucky enough to have played on at least three of them), but for me, none of them manages to encapsulate the bitter frustration and utter joy that comes from trying to accept life on a tiny rock while dreaming of something more.

I love that record.

Haukur S. Magnússon is a guitar player for the Icelandic band Reykjavík! and also editor for a magazine called The Reykjavík Grapevine. Check out more content from our Nordic Series here.