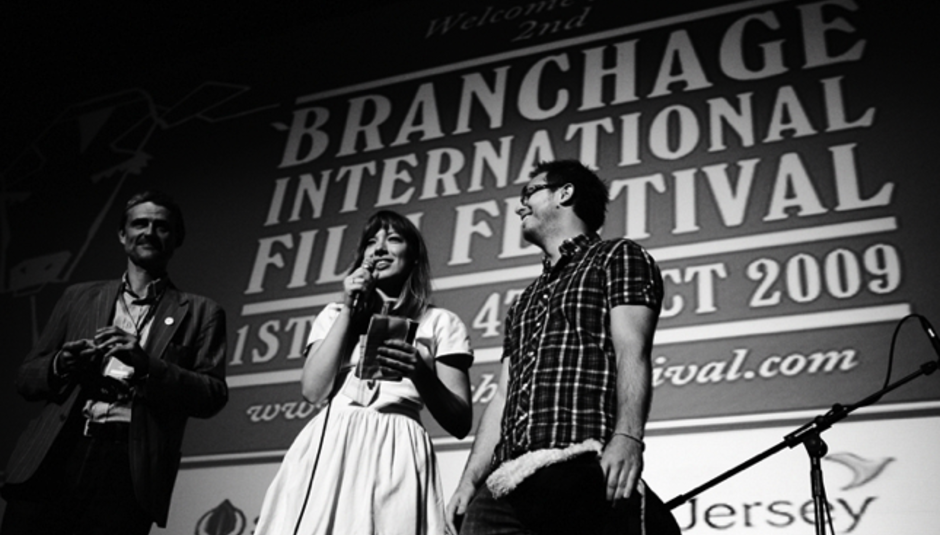 To celebrate the release of their brand new Zeus EP, British Sea Power are taking over the site for two days. Here, guitarist Noble talks us through the delights of the Branchage Film Festival...

"Perhaps the most innovative and exciting new film festival in Europe, Jersey’s Branchage Film Festival (pronounced ‘Bron-carge’ and named after an obscure Jersey hedge-trimming bi-law) takes the very idea of a celluloid experience and twists it into something much more immersive, and arguably much more fun. On a nine-by-five mile island with only one multiplex cinema, the festival organisers really get their thinking caps on and turn all manner of unusual locations into screening venues; a 12th Century castle, a barn, underground German war tunnels and even the local tug boat have been transformed into cinemas, having the effect of showcasing not only a wonderfully programmed range of films, but also the eccentricities of this island, the southernmost point of the British Isles.

Marrying film with music, Branchage is almost like Cannes meets ATP (but with more focus on ‘fun for all’ than the former perhaps) and prides itself on presenting a wildly eclectic range of acts at live soundtrack events, including BSP performing live to Man of Aran at the grandiose Jersey Opera House (opened by Lillie Langtry in 1900), Zombie Zombie performing on the aforementioned tug boat to Russian classic Battleship Potemkin (see below), Sigur Ros cohorts Amiina’s live score to Lotte Reiniger animations, and Bo Ningen’s live soundtrack performed against the backdrop of Japanese anime Cat Soup.

This festival also hosts raucous parties in its hub, a 100 year-old wooden Spiegeltent featuring disco-doom orchestra Chrome Hoof, Filthy Dukes, Paloma Faith, Broadcast, Kitty, Daisy & Lewis and The Ziveli Orkestar, and performances by comics like Paul Foot, Angelos Epithemiou and Jeff Leach. Much, much more than a film festival, and much, much more than a music festival, Branchage’s lovingly put-together weekend of film, music, performance and comedy is very worthy of your attention.

Whilst we were in Jersey, we made a short film. It features a piano led instrumental made by Noble & Eamon from Brakes, and also a demo version of 'Retreat' (The secret track on the new Zeus E.P.)