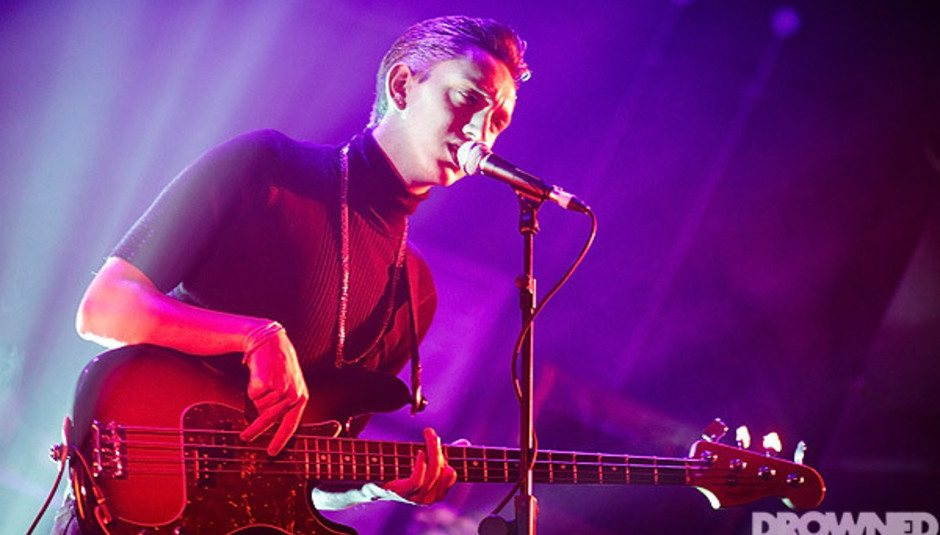 When two things collide sometimes it just really gets to you. For me, those two things this week were the Mercury Music Prize and the Review Show / Newsnight Review / whatever they’ve rebranded it to with a panel of ‘experts’ discussing whether the music industry was up the shitter on Friday night.

Paul Morley, Krissi Murison (NME Editor), Tom Service (Guardian classical music editor) and Miranda Sawyer shouted over each other, deferred to Paul Morley’s endless endless banging on about Marx / Philip Glass / anything else that makes him sound like the preening egotist he truly is for 45 minutes interspersed with the thoughts of Chairman Mills (Beggars Group) and some other industry types on the Mercury red carpet who, surprisingly, decided that the music industry isn’t dead. Oh, and Dave Ellis got some face time to claim T In The Park (founded 1994) as one of the ‘original’ festivals. Jesus. This followed reams of tedious opinions about how The XX (sorry, theallinlowercasexx) were the ‘dull but right’ choice for the Mercury. Yawn.

Meanwhile, across the world, bands and artists were just getting on with it untroubled by Paul Morley’s grumpy old man assertion that bands were better when he were a lad (think back Paul, weren’t the same people that you now are, those who grew up idolising Zeppelin etc telling you that all punk was just Fifties retreads...see a connection there?), Krissi Murison’s inability to push any kind of youthful agenda into the discussion and Miranda Sawyer’s impression of a woman waiting for a bus and talking to those around her about nothing in particular to pass the time. The only member of the panel who seemed in any way to give a shit about MUSIC, not his public image or the record companies or any of that sideshow was Tom Service. He talked about the emotional connection that music gives you, the transportation from the day to day world to another place, the romanticism of engaging with music that makes you feel. Paul Morley meanwhile suggested festival goers are engaging in a passivism akin to Marx’s (again, yawn) comment on religion and masses. Having met Tom this comes as no great surprise as, unlike the vast majority of popular music media types, here is a person who actually thinks before he opens his mouth, opens his mind to other opinions and likes music more than his own media profile. A genuine music critic, with a knowledge beyond his specialisation and a humility to learn from others.

Days before I had sat open mouthed as the scant Mercury coverage (no complaint there, watching awards ceremonies does not equal music tv) as Miranda Sawyer (again), Lauren Laverne and Nihal filibustered 15 minutes of airtime waiting for Jools to announce the winner. Endless pointless surface analysis, the music critic equivalent of a NHS drop in centre diagnosis trundled by, Miranda liked this, Nihal played that in his car on a long drive, no one was rude about anything, no real point was made and then cut to the winner. Who, it has to be said, hardly enlivened proceedings.

The point of all this? That the very people who claim to be desperately concerned about music are, in fact, bored shitless by it, the people who like it and those who make it. The critics from '79/'80, the executives living off signing some band we dimly remember from a decade ago, the subscribers to this ‘music industry in crisis’ industry, squeezing yet more profile and more cash for themselves out of destroying the very thing they claim to care about. If Paul Morley really thinks that modern music is crap and thinks bands and artists have nothing to say, can’t he just fuck off my tv and stop moaning about it and go and do something else instead?

As part of the DiS ten year anniversary I am working on a piece that talks about developments over that decade, where the industry embraced a changing world, where it shied away, where the chances were and when they were embraced or rejected. So far my reading of things is less than cheery, a constant unwillingness to change, a combination of head in the sand approaches and throttling of new approaches at birth, the triumph of marketers and lawyers over creative people, the constant subjugation of dreams to concrete grey realities created by those who control the dream machines and have done so for far too long.

I am looking for real voices to add to this piece, the thoughts of the DiS messageboarders and those who have responded to my previous columns as to what you think the last ten years have meant both positively and negatively for MUSIC. Not music companies but bands, artists, fans, the people who actually make things happen and are at the heart of things. I look forward to the usual mix of intelligent comments and abuse.

The BBC Review show is available until Friday via the iPlayer