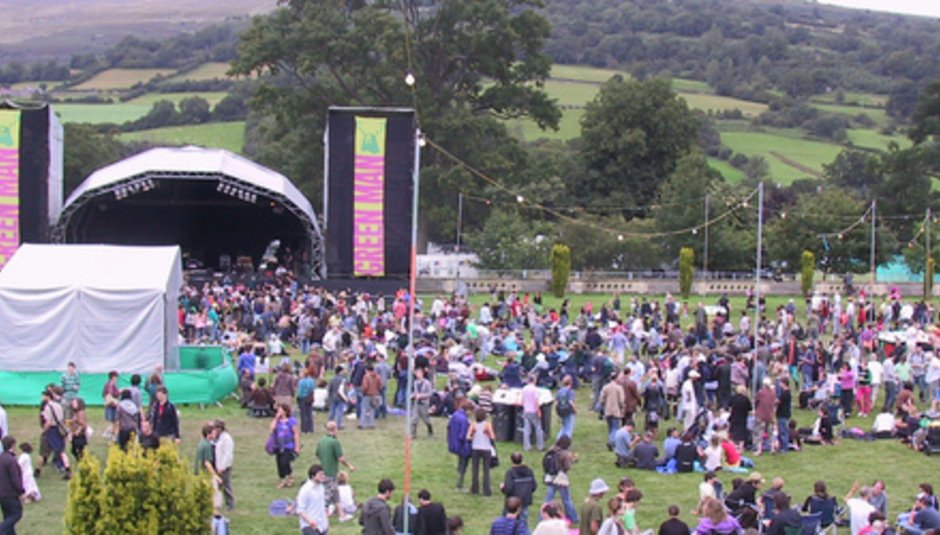 Green Man is one of the few absolute, cast-iron festival bankers. Year after year, you know the lineup’s going to be up there with the best of them (despite it being independent, with only a fraction of the budget that bigger festivals have at their disposal); you also know that even if it wasn’t, you’d still have a lovely time - without wanting to sound like an old crusty, It’s the vibes, maaaaan. OK, that wasn’t entirely successful…

Green Man’s formula, on the other hand, most certainly is. An intimate, picturesque setting (the Brecon Beacons in Wales) combined with reasonable prices, decent, healthy food (if you’re that way inclined, if not there’s yer classic burger ‘n’ chips) and a lot of entertainment on offer – musical and otherwise.

Here, our attendees (Kate Hewett, Fliss Webb and Rob Webb) pick their Top Ten - with specific focus on The New.

A Sheffield based, Domino-affiliated rolling folk troupe, the Big Eyes Family Players bring their delicate instrumentation to Green Man for a special one-off performance in the Film Tent, providing a live soundtrack to three clips from Czech filmmaker Jan Svankmajer. If they're in anything like the sort of form they were earlier this month supporting A Hawk and a Hacksaw for DiS in Sheffield, this promises to be a wonderful introduction to the festival - and, for those new to the band, the craft of Big Eyes. RW

Playing on Greco-Roman Soundsystem's late-night lineup, Gold Panda's leftfield, cut-and-paste electronica is a more downbeat affair than elsewhere on the bill, his glitchy sampling creating a dreamy, blissed-out brand of psychedelic house. Previously responsible for acclaimed remixes for the likes of HEALTH, the Field and Telepathe, his You EP was released this year, and in turn featured re-workings from Dam Mantle and Minotaur Shock. Obvious reference points are Four Tet and 'Swim'-era Caribou, with both artists' previous Green Man live form suggesting that this could just be the perfect closer to your 2010 experience. KH

Few would contest the breaks and electronica duo's suitability for the job, their pedigree in the A/V field having seen them work alongside Pioneer to create the now industry-standard DVJ-X1 professional DVD player. Here, they stick mainly to Ninja Tune label-mates, with sets by DJ Food & DK and DJ Cheeba, but also rope in the King of Mainstream A/V, DJ Yoda. We're expecting each act at their most dancefloor-filling, so expect a comprehensive A–Z of cult and radio-friendly breaks and hip-hop, cut with spacey live visuals. KH

Islet's policy of shunning online self-promotion in favour of building a word-of-mouth following effectively leaves them traceable only via their live appearances. It's a bold approach for any band, being one which appeals mainly to live music purists and incorrigible Luddites. Happily, though, it's in their live performance that their strengths really lie; their shape-shifting, nonsensical take on art-pop at its most comfortable when you witness the boundlessly energetic instrument-swapping which creates it. KH

Lone Wolf (aka Paul Marshall) is a Leodensian wonder whose live show has been described as a Leeds-by-London Supergroup (it contains members of Grammatics [RIP], Metronomy, and Duels). It's a spectacle we await eagerly after many plays of excellent debut album The Devil and I (out now on Bella Union ), and repeated viewings of his incredible video for 'Keep Your Eyes on the Road' (a homage to Peter Gabriel's 'Sledgehammer' clip). Here's hoping the intricacies that permeate the record translate to a live setting – if they do, we're in for a treat. FW

These Vermot Sirens bring their bewitching harmonies to Wales, and we reckon they're a dead cert to provide one of the weekend's genuine 'mouths open' moments. Their debut offering Made The Harbour (Bella Union, again) has all the charm and swing of the corn fields of the Deep South, the sparseness of the Mid-Western prairies and the sparkle of the snow-covered mountain tops of their own State. After hearing about their impromptu, a capella Glasto set in June, we started getting really excited. FW

Having changed their name in 2009 after the threat of legal action from the actual radio station, The Artists Formerly Known As Radio Luxembourg possess more or less exactly the kind of sound you'd expect to hear on a Green Man bill. For a festival so closely aligned with all things SFA, their off-kilter psychedelic-pop sounds right at home. KH

You've probably heard of Adem, but you won't have heard him like this. His electro-pop side project with Johnny Lynch (aka Scots folky The Pictish Trail) might not be pushing many envelopes – except maybe for the one marked 'FAO: Hot Chip's lawyer' – but it's a radical and really very enjoyable departure from both their dayjobs. Debut album Yes, And Dance does exactly what it says on the tin. RW

Chichester-spawned duo Smoke Fairies sound as rare and ethereal as their name suggests, and this should be the perfect setting for them – at the Green Man Pub, as the sun goes down on the opening night. Debut album Through Low Light And Trees isn't out until September, but their luscious harmonies should prove immediately arresting for newcomers. RW

Who are you most looking forward to? If you’ve not plotted your weekend yet, here’s a handy clashfinder - although we haven't been able to verify the times listed here, so didn't include them above. See you in the ‘Beacons!