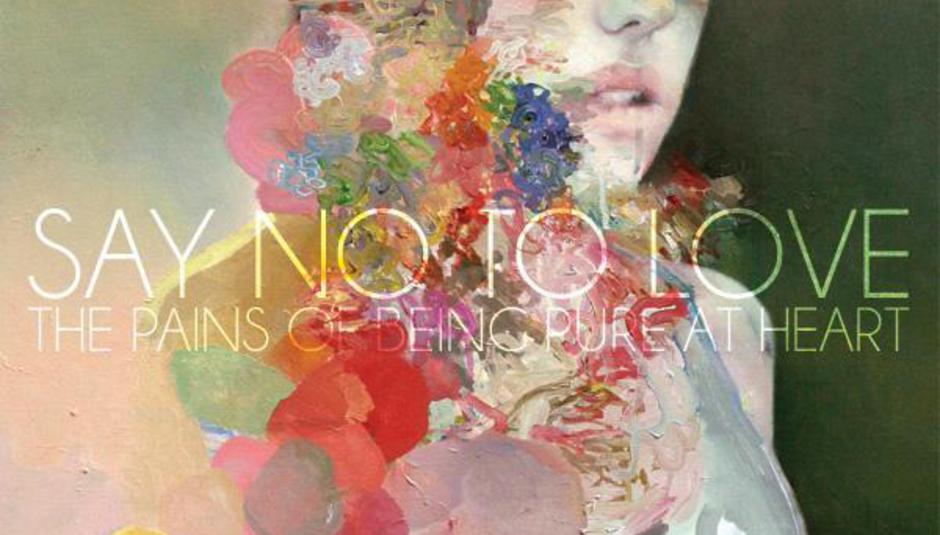 I am a little bit in love with Standard Fare’s Emma Kupa, and not just because her surname has something of the exotic fish/undersea creature about it. She has the best kind of bored about her, she is so tired of you. And even here, on a song about having to wait ages and ages to see someone you really like everso, she is singing in a way that manages to communicate a wonderful dissatisfaction, as if the whole world and everything in it were a crashing disappointment. Which of course sometimes, it is. Despite all this or perhaps because of it, 'Philadelphia' manages to be supremely touching, which is why Ms. Kupa is now my new favourite and best. I am sure she'll be delighted.

First things first, ‘Find Your Love’ is a lost Craig David single. And I don't like Craig David. It’s also the sound of a boybander - who, having cut himself free from the terrors of his contract and not being able to tell anyone he has a girlfriend, decides to release a smooth ballad for his first solo single. And I have never had time for a single boyband, I was a Beautiful Souther when all the girls at school were putting Grolsch bottle tops on their shoes. So perhaps I was just feeling particularly soppy this week, but I find 'Find Your Love' – and in particular the walkie-talkie vocals - curiously affecting. I mean, say what you like about Drake – and I feel sure you want to know how Dappy Out Of N-Dubz thinks he is the its – and do feel free to worry about whether he is the saviour of everything or the worst man alive; but I think I shall just let ‘Find Your Love’ and its absurdly over-acted video wash over me. It is brills.

I love you Rusko, and I am sure you are a nice cove even if your hair is the tiniest bit dread, and for obvious reasons that ‘Woo Boost’ what you done was a bit of a triumph. But let us be honest here, this Amber Coffman-featuring ‘Hold On’, it is a bit of a disgrace. I am going to pretend you did not do it.

It doesn’t help Mark Ronson’s cause that he has one of the smuggest faces in pop; and whatever he does and however he is feeling, he is always going to look like a man with a hundred supermodels draped over his every breath. But even I realise this is not his fault, and because he was born like that we must instead turn our attentions to his new single. The first thing to say is that it has got Q-Tip on it, and Q-Tip is my favourite rapping man of all time, all of it. The second thing to say is that the video is a triumph. The third is where I reveal how ‘Bang Bang Bang’ is, quite literally, one of my favourite pop songs so far this year, and the fourth is that MNDR looks very like Josie Lawrence. So there you go. I have played it 33 times.

Guess what? First Aid Kit are still complete darlings. Watch them sitting on a cheap grey ITN sofa above, and marvel at how they still manage to transform said sofa into a cloud of lovely. Not many things manage to be wispy and amazing all at the same time, but First Aid Kit are masters - MASTERS! - at it.

Who the devil is this for? I find myself perplexed. And the thing is, I wish the Pipettes no ill, I do not want them to end up peddling their records like lost Dickensian orphans, all a-wail at their misfortune as dastardly men in top hats breeze past. But who is going to buy ‘Call Me’, when it is Not Twee Enough for grown-ups who wear hairslides, nor Radio 2 enough for the comfies, and not shiny enough for the pop charts? What a strange record.

Because I have spent most of this week reading graphic novels on the internets and getting insanely, irretrievably jealous of those who can write AND draw good, when I see a phrase like ‘Boots Of Danger’ I immediately wish to see said footwear rendered in pencil, and have it get into scrapes with an amusing sidekick. It would also make a good title for a pulp novella. Or even a Victorian sauce pamphlet, in which people literally walk all over each other because they have got completely confused about what makes for a nice, sexy time. All such pointless conjecture aside, ‘Wait Up (Boots Of Danger)’ the thing, the song, turns out to be some thoroughly amiable fuzz-pop, and I think the best word to describe it is ‘scampy’. I don’t know about you, but when I am feeling quite 'jive', I quite like to snap my fingers. And it’s sort of amazing how, as soon as I do it, I am surrounded by swishy butlers that simply can't do enough for me. 'Cache Cache' makes me want to click my fingers, it makes one feel as if one is in a film in which one is a sexy spy, and there are not many records that do this. It is sung in Fronch but made by some film composing Danes, and it is fuppin' ace as well as fuppin' free. Really, fairer than this you cannot say.

‘Prayin’’ is very like Daniel Merriweather’s ‘Stop Me’ and Frankie Valli’s ‘The Night’. It is Retroism Gone Mad. More troubling still is the video, for which Mr. B has put on his Drama hat. And oh Lore, it does not fit, it is falling down over his seriousface, and What Injustice, it is stopping us all from appreciating all the over-emoting he is doing, and Lawks-A-Mercy, he is a Wronged Man caught in the crossfire and he has Killed A Man and now he misses his ladypal because now he is in jail and Oh Dear he is about to become someone’s boyfriend quite against his will and DoYouSee, it pains him something terrible. What an undignified enterprise this is.

The video for ‘Princess’ has a rainbow chain-gang of invisible men in it. ‘Princess’ also has a marvellously overcooked and warm sort of bassline.

I have already reviewed Fanfarlo at least twice, and I am not sure any of my scribbles were desperately helpful. Let them sing for themselves this time.

Darwin Deez – ‘Up In The Clouds’ (Lucky Number)

I find I cannot love these Pains. I admire them and all, but we are never going to run off to Gretna and pledge ourselves to one another. This hasn't stopped them from making a heavenly song, or from having the best artwork this week (see main pic, above).

It is very rare for me to love something this noodly. But love it I do.

Incredibly dense - but strangely loveable - singalonga messtronics. If you will, and even if you won't.