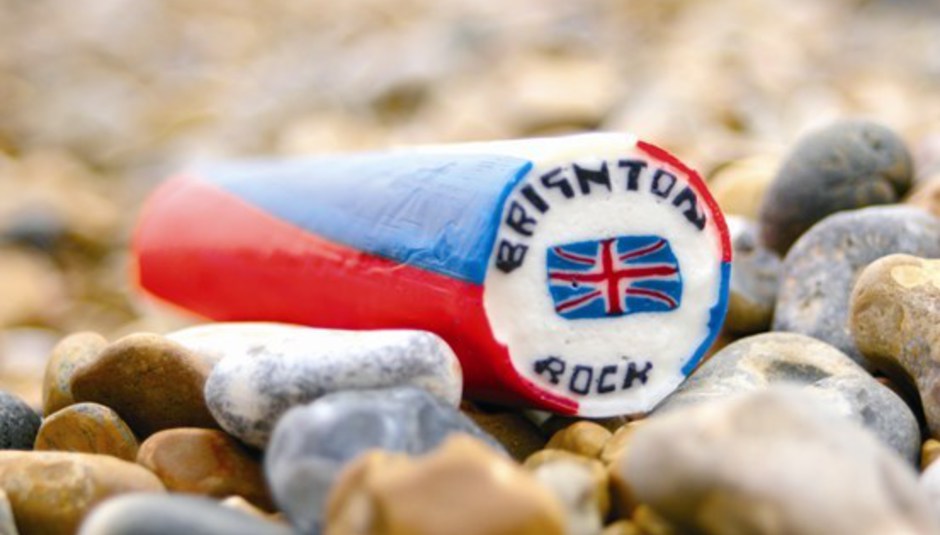 The second installment from our Brighton scribe in our continuing series of local scene guides...

Last time around we tentatively discussed a few venues that have added something new to the musical landscape of Brighton. We’ll be carrying on in this vein, with a focus on some of the more established figures who continue to have an impact on the scene, plus we’ll look at what is and isn’t happening festival-wise in the coming months.

Like many others, Melting Vinyl founder Anna Moulson chose to relocate to Brighton on something of a whim, starting a promotions company as a hobby rather than a job. Inspired by the riot grrrl scene and Slampt records in early 90s Newcastle, when Anna pitched up, Brighton was coming out of its heady dance days: “I wanted to replicate my Newcastle days... all ages were welcome and women could easily be at the front without getting smacked by a Doc Marten boot or a mouthful of dreads. I also wanted to replicate the playfulness of the DIY scene, interesting posters and bands.”

Boasting an intimidating CV, in 2009 alone Melting Vinyl were responsible for bringing Animal Collective, Dirty Projectors, The Walkmen, Bonnie Prince Billy, Deerhunter, Vampire Weekend, Wild Beasts and The XX to town. But it’s special shows like Sigur Rós at the hallowed St Geoge’s Church that linger in the memory, and have helped shape MV’s penchant for one-off gigs in bespoke venues.

DiS needn’t take Anna’s word for it – Silver Mount Zion were in town on March 28th to play an intoxicatingly marvelous show at the Kemptown church. The setting couldn’t have been more suited to SMZ’s creeping doom-orchestrals and stormy, Old Testament wrath. Visually, just five starkly illuminated musicians with a massive crucifix lording over proceedings, Efrim Menuck’s discomfort “as a Jew” ratchets up the atmosphere. Acoustically, St George’s might be a little like a small aircraft hangar, but SMZ fill the space with as many mighty decibels as they can muster.

Melting Vinthyl’s other coup of the month was Four Tet at Concorde 2 on March 17. Kieran Hebden’s techno-centric set had some reminiscing for Rounds’ student friendliness, though this seemed ungenerous, considering his rhythm adventures with both Steve Reid and Burial. A resoundingly dancey selection, Hebden seems genuinely apologetic to leave the C2 in such an amped-up state at 11. The primal love-in of ‘Love Cry’ is devastatingly rousing.

Concorde 2 had a good week, with Flying Lotus in on March 12th, playing a zealously anticipated set at 1am. Packing enough bass-charge to have much of the 540-capacity audience nodding en masse, C2 is generous with its space to achieve a festival-type buzz within a club. Presided over by Beat Redemption, who specialise in forward-thinking bass music, founders Tom Massey and Matt Broughton cut their teeth in Bournemouth, before being lured down the coast to Brighton. Look out for progressive dubstepper Darkstar, coming soon to Beat Redemption.

We've talked venues, bands, and promoters, and no surprise, Brighton has indie labels too. In early 2007, One Inch Badge Records (OIB) was established with the sole aim of releasing a 7” single of founder Alex Murray’s all-time favourite local band My Device. The label quickly went beyond the one-off, with releases for Casiotone for the Painfully Alone, Lovvers, The Death Set, Pope Joan, Lonely Ghosts, Sons of Noel and Adrian and SJ Esau. So passionate about the local scene are OIB, they are planning a 20-strong compilation showcasing the most important bands coming out of the Brighton, to be sold cheap throughout the UK. A partner and promoter at The Freebutt, Alex and co also have the support of Southern Records to help push OIB through the right channels: “It's definitely more important than ever to hold onto that spirit of independence and stay true to the reasons that drove you to start this crazy idea in the first place.”

Not so long ago festivals were popping everywhere up like mushrooms, in the gloomy dank that is the UK season. But with the bubble apparently burst, organisers have been struggling everywhere and Brighton is no different. Last year the sales for the excellent Loop slumped and Beachdown collapsed before it even happened. Add to that White Air opting out this year and Fatboy Slim’s beach party being cancelled, and prospects for summer don’t seem as bright as usual.

Thank goodness then, for The Great Escape, which if you put misgivings about the kind of commercial circle-tug their mission statement suggests – “showcasing new talent from around the world, aimed at 'export ready' bands and Industry Professionals” – has a staggering programme of events, and a pretty stonking line-up at that. Ignore the industry talks, panel debates, networking sessions and key-note interviews and pick from over 350 new, local and international artists spread over 34 different venues. Broken Social Scene, Wild Beasts, Delphic, Fiery Furnaces, Esben & The Witch, Japandroids and Surfer Blood are some of the bigger names in attendance.

With Brian Eno guest creative director at the Brighton Festival, you can expect a showcase that will be educational and challenging. Highlights look to be World’s Best Drummer Tony Allen with Sean Kuti in ‘This is Afrobeat!’; and ‘This is Pure Scenius!’ featuring Eno, Karl Hyde, Nick Cave collaborator Leo Abrahams, Coldpay producer Jon Hopkins and improv experts The Necks freewheeling over 6-hours.

The usual live calender doesn’t seem what it was last month. Caribou are at The Freebutt April 17, and Jack Beats at Concorde 2 later on. HEALTH test Audio, April 19, with Wooden Shjips at The Freebutt and Efterklang at Concorde 2 both on April 20. Good Shoes are at Audio, April 22, while Horsepower present Uffie at their Urban Outfitters fashion fair, at Concorde 2, April 24. Gabriel of Metronomy presents Your Twenties, April 25, while Mogwai bassist Dominic’s Crippled Black Phoenix is on April 26, both at The Freebutt. Finally, Felix Da Housecat funks off to Life, April 30.

The local band on everyone’s lips is Cold Pumas. The impressively alienated ‘Jela’ is a forensic sample of their propulsive rock, and they play at The Albert on June 2nd. Gothic shoegazers Dark Horses (myspace.com/darkhorsesofficial) boast a cracking back story: Swedish sonic siren Lise Elle, found “five drowned leather boys shivering under the pier… nourishing them with drones and melodies, she baptized them DARK HORSES.” They are supporting Black Rebel Motorcycle Club at Concorde 2 on 29th April. Well-propped by Stuart Maconie and Steve Lamacq, Grasscut (myspace.com/grasscutmusic) offer a panoramic range of orchestral and sequenced sounds, held together by some neat spatial quirks. They play Resident Records, July 5th. There’s no shortage of math-type bands around, but Worthing-based SWIMS (myspace.com/swimsuk) technicality is well matched by some fine vocal overlaps and crispy-clean African guitars. They play The Hope, April 13th.