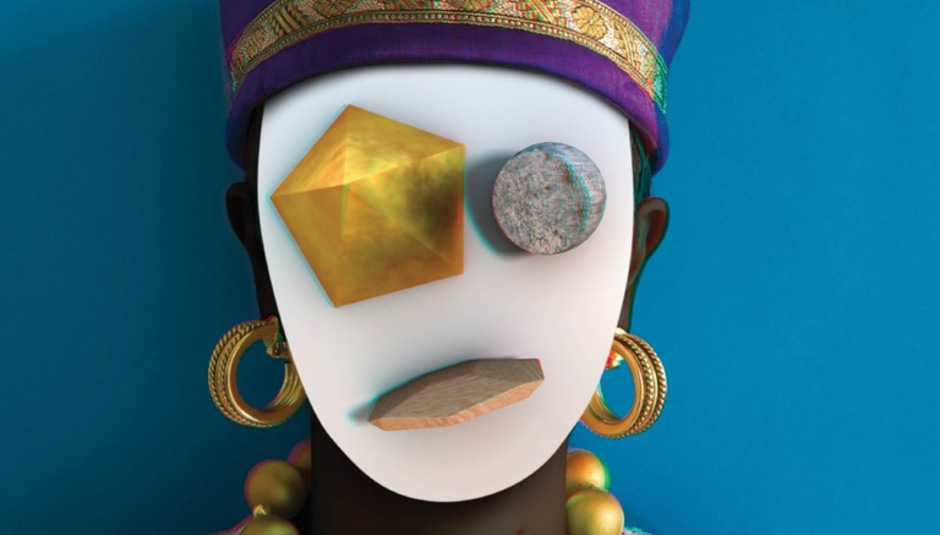 This week's winners are Oh No Ono, Princeton and Emika. But then along came dEbruit - with his line-jumping, bump-hop marvellousness - and it marched him something cheeky; right to the front of the queue. Thing is, I love him so very, very much, I didn't even snark, even though I am very definitely the Sort That Would. I don't mind telling you, weeks this flipping good are not very common.

Do you know, I could have quite happily have written a whole column about each of the songs on ‘Spatio Temporel’ – and another on the heart-stoppingly beautiful artwork (what is in 3-D), and then a further textual spaff just and only about dEbruit’s judicious use of my favourite kind of wobbly, womming bass. But practicalities force me to pick one song, which is where I place the responsibility on the shoulders of ‘Nigeria What?’ and ask it not to mind, for it really shan’t hurt a bit; I will give it a lolly after. So let it fizz, dart, saunter, dip and dive while I tell you how afrobeat-infused cut-ups that make you dance on actual train station platforms in actual public, even though another dread birthday is just weeks away, do hardly not ever never come along very often. And how everything about what dEbruit is doing – teasing with funk flourishes, tickling with his talk box, stretching and syncopating vocals, and the care he is taking - all make me feel joyous - as if This Is What Music Should Be Doing, and no one is as accomplished as he at it. Remarkable.

The fact that amusing Twitter based exchanges are ten-a-penny - and impossible to relate without suddenly getting a nose-wrinkling whiff of You Had To Be There - will not stop me from trying to be entertaining while I recall one of mine. It’s just that Oh No Ono’s ‘I don’t know what to say / She reminds me of the future’ really * is * an early contender for the best lyric one could ever re-appropriate for everyday use - and particularly in the field of wo-mance, where I feel sure it would pay some heady dividends. Anyway, so I was on Twitter, and I says to no one in particular ‘This is the best chat-up line EVER’ and then she says ‘I am going to use it out there in the field of dating’ and so then I says ‘Do let me know how that goes, for I will snog the face off the next person what says it to me’ and then she says ‘It’s better than ‘Will you marry me, ain’t it?’ and then oh lore, we done fell about laughing and everything. If one were in spitting distance of my early twenties, and if I were the girl Oh No Ono were writing about, see, I think I might melt. As it is, I rather suspect I remind people of the mid-nineties – with all the straight, sixth-form Sloaney hair and craply-cut jeans that implies. All that aside, you need to know that ‘Helplessly Young’ is – and I swear I am not exaggerating – the sort of psych-pop dynamite that makes you want to spring out of bed and bite life right on the arse - even on this, The Most Depressing Day Of The Year (TM every lazy newspaper and columnist – me included – everywhere, today).

Emika - ‘Drop The Other’ (Ninja Tune)

Being very much the sort of wanker who appreciates a pop theorem or twelve, the idea that Emika might be the first chart-friendly, poptronic emissary in dubstep’s image, naturally has me doing a rank and colourful number of giddy squeals. And I’m happy to be corrected, but for all the fuss and foolishness written about last year’s Women From Planet Korg (and Dog alone knows, there was far too much of the latter) - not one of those hotly tipped synthlets seemed to be giving the moody reins of dubstep a slap for their own pop ends. In the end Emika – whether she is the first ‘proper’ go at a Dubstep Popstar or not - really does have an undeniable way with glitching, and ‘Drop The Other’ really is that most perfect of things - a pashtrack. One that exhorts the men to ‘hold your money up high’ (I'm sure I don't need to explain the deal here) and employs careful, deliberate, inordinately sauce-making pronunciation on all the words that matter (c.f. ‘hard’, with the emphasis on the 'd'), all of which creates a woozy, head-spinning single. You know, the sort of record you want to do bad things to. By which I mean, it is loin-provokingly rude.

It may start with what sounds like the demo track from a mini Casio – all tin jar beats and hopelessly bloodless drums – but gratifyingly soon after ‘Calypso Gold’ goes all baroque-stringed twinkliness, and quivering orchestration, and some percussion that really does sound like crickets. Or perhaps they are cicadas – which let’s face it, will very definitely and always sound so much more romantic. And anyway it is more apt, because these Princeton coves are from California, though oddly they sound Welsh when they sing (and I am prepared to admit this might just be me, because I am a tiny bit obsessed with Walesland at the moment). Readers, let you not be in doubt, this is one of the year’s first and best and most fully-realised pop hymns - and there is absolutely nothing about it that I dislike. Double YAY.

Lawks, do excuse me while I have another ‘Why them, and why now?’ moment, won’t you? Because as my exposure to Hurts is - like most ordinary civilians - limited to their cleverly Spartan MySpace page, all I have to go on is a largely unaffecting vocal and a re-rub I expect to be brillionaire, but end up finding quite ordinary. I mean, one can only assume Hurts really do have a ‘West End Girls’ (but now-er and better-er), absolutely smacking Floorer hidden in their locker; as yet unleashed. Otherwise, it is hard to shake the feeling that one must have missed something – or been sent the wrong disc - when one reads the shiny superlatives written by others paid to listen to music. So as I listened to ‘Wonderful Life’ for the tenth time, I realised that the journalistic b-roads available to me were either a) an outright slagging (the Nicky Wire, 'I Hate Them More Than I Hate Hitler' route being the easiest, most traffic-free to slip down; especially if one is in thrall to The Greats, and interested in hit-bagging, journalistic infamy). Or b), the simple admission that I feel hugely underwhelmed - and cannot see why, with all the synth-based bits of plastic that have been munificently chucked to the promotional winds - why this lot are any more deserving than anyone else. I haven’t the heart for a damning bit of I’m Different, Me, Because I Hate Them prose though; I feel it might be cheap and vaguely pointless. So do allow me to opt for a simple, dejected ‘Oh’ - while we give Hurts some credit for their dashing, impossibly well-cut suits.

The thing is, of ‘late’ I have ‘found myself’ at the home of the ‘sort of person’ whose radio is tuned to ‘Kiss’ or ‘Choice’ eff-em – i.e. very definitely not An Indie Sort Of Person. And before I know what is happening, I find myself liking this sort of rubbish and not actually wanting to retune the radio to R4 – because of course, R4 is what I am all about, being awfuls and middle class. But the other thing, is that if you are in the mood for rubbish, and do rather fancy dipping your toe in non-indie waters (if not hactually pashing in them), and you do find that this decision is not actually sick-making and is in fact larks, you realise then that actually Example make a good sort of rubbish. And that it really does take all sorts. Oh, it’s all going to end in tears, isn’t it?

DiS’ very own DJAlbertFreeman – for it is he – sent me Wilful Missing’s songtypethings because that is his very own band what he is in. And how incredibly hard it is to dislike them - unless you look in the mirror and find yourself to be a vinegary sort of churl, or allergic to records that are guilelessly pretty. Alright, ‘Postcode Lottery’ won’t see them winning awards for Taking Music Apart And Putting It Back Together Again In A Completely New Way (and let’s face it, we have dEbruit for that) – but it is utterly delightful, so well done they. More here.

The uncharitable part of my brain wonders if there is something vaguely undignified about Ash still releasing pop records. Especially ones that use astronomical metaphors to talk about girls. And I say ‘Down, Boy’ to this part of my brain, but sometimes it really is incorrigible.

It’s far too easy to be snotty when someone from The Musics chooses to slip their hands into the grubby paws of The Man – especially when it is in aid of promoting a government initiative for educational diplomas. But when said collaboration provokes this sort of wrong-headed nonsense to be written in a sposably respectable newspaper, written by actual Grown Ups one feels one should stick up for it. And if you can suspend your cynical muscles for one little second, ‘There’s More Than One Way’ really does have some useful things to say about striving – and of course, more importantly - making sure one strives for the right things, in the right order. I think that is what it is about, and I think I’ve forgiven Kano for 'Rock’n’Roller' now. Perhaps you should too.

Neon Circus - ‘Future Disco’ (JACKET POCKET RECORDS)
This rather reminded me of mid-period Underworld, it did - and not in a bad way, neither. More here.


Wendy is on Twitter here. Do bear with her while she blabs simply on-and-on-and-on-and-bloody-on about the fact that she is going to PARIS, on WEDNESDAY, to meet JAMES MERCER and BRIAN BURTON, won't you.