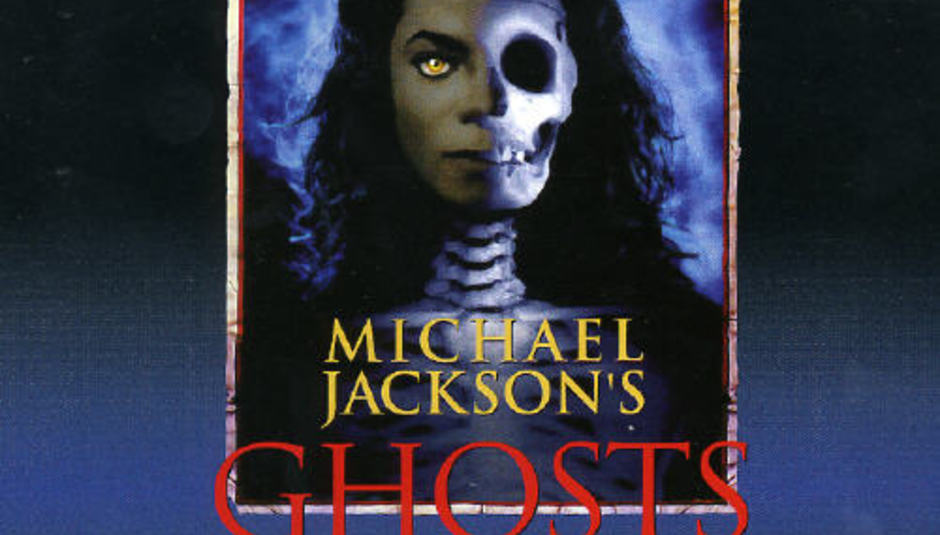 No More Kings: The Last Of Michael Jackson, I

No More Kings: The Last Of Michael Jackson, I

In the run up to the late Michael Jackson's final public act - his funeral in LA on Friday - music journalist and former Plan B Void editor kicking k writes for DiS with his personal, three part interrogation of what (if anything) the life and death of the troubled superstar was supposed supposed to mean to our generation.

I guess I'd been a casual fan

...as a kid, but it had been years since his hits had charted the central ground in any culture I was part of, even as an antithesis – mainstream/underground are pre-internet terms. And let's not fake some mature-adults art-only objectivity. I was listening to plenty of pop and R&B, just not his. The music wasn't the problem. The problem was the children.

He'd forestalled one court case and belatedly won another, but – between a media who make money from their stories and a legal system which often favours the rich – I was never able to conclusively say whether he was, even only in my opinion, definitely guilty, definitely innocent.

Do you really want to criminalise inappropriate behaviour?

Yeah, but a secret room?

Made by people who accepted money for silence.

The abused often grow to abuse...

Jackson suffered corporal punishment. No suggestion of anything sexual.

The prosecutor, Tom Sneddon, did seem to have a kind of vendetta...

What, against someone under his jurisdiction he believed was abusing children with impunity?

And the family who brought the charges had a history of grifting...

So assumption of guilt based on character and circumstance is OK on one side but not the other..?

The claims were inconsistent.

He didn't really have a childhood...

He wasn't the first child star.

After a while, I refused to let myself loop anymore, couldn't see how cognitive dissonance could ever build toward anything productive.

I'd made an unconscious decision to file Michael Jackson in limbo.

...in a small house on Jackson Street in Gary, Indiana, a declining steel district. The family – nine kids, working-class, Millenarian – had been there since 1950. No birthdays, no Xmas. By the late Sixties, the Jackson 5 would school through the week, travelling to Detroit's riverside metropolis each weekend to record for Motown, helping the young company toward 110 top ten singles in its first decade.

By '78, Michael and La Toya – who would wear disguises to witness together on suburban Sundays – moved to New York, as the former took a role in The Wiz (the film's ultimate failure would be credited by many in Hollywood as ending the era of black-only casts). On the better side, he also met Quincy Jones during filming, but we're FFWDing through their collaborations – Off The Wall, Thriller, Bad – whether his diamond age or no.

Michael bought almost 3,000 acres in Santa Barbara, California in 1988. Neverland, a child's idea of Xanadu) for pop cultural times, rose here. By 1993, Michael was willing to give Oprah a guided tour. That summer, the first child abuse claims hit. Busloads of shrieking kids made way for swarms of grimly silent police officers.

There wouldn't be another change of scene until ten years later, when Living With Michael Jackson triggered The People of the State of California v. Michael Joseph Jackson. What was intended as a reality doc mostly showed us just how unreal his life was, riding a mobility scooter through late night corridors of Las Vegas' Four Seasons hotel, buying roomfuls of royal folly furniture as and when the whim struck...

When eventually found innocent (the trial judge should be commended for disallowing cameras in the courtroom), Jackson would shun the media that had made and unmade him. Sightings in Paris, outside Dublin... his year in Bahrain was the most evocative, a self-imposed exile in a desert kingdom.

Tonight, a week after his 51st birthday, and performances 19-21 of his 50 comeback shows, the 23,000 seats of the O2 arena sit empty. After two autopsies, his body - now reunited with his brain - is being reburied, while his possessions are apparently about to go on tour without him.

It wasn't just me. Limbo was where Michael Jackson lived for the last, long stretch of his life.

I'm not going to talk about

...his early days, his career highs. You don't need anyone else's opinion on 'Billie Jean' or the Jackson 5. Thriller) is a landmark of its time whatever you think. That said, there was some stuff that surprised me when researching this article (or, ok, I just couldn't work in anywhere else):

I'll also be publishing all the extraneous rubbish I couldn't shoehorn into the article over at my Twitter, the next few days. X-promotion!

I scanned every article I could find

...in the week after, and it started me thinking all over again about fame and justice and art and media and money and, oh, y'know, everything. The most famous man in the world permanently shadowed by a whispering campaign. Someone who could do almost literally whatever they wanted, remodelling their face so many times it became unrecognisable. All that. But I decided that, unless new information came out, we were no nearer answers – and maybe now sealed off from them forever. I stopped reading.

Anyway, I hated most of it, the obituaries that cleanly filleted his music from his life, that parroted all the decade-old or older achievements, a legacy optimised for maximum impact by some well-briefed PR agency. It made me verrry weary to see the media who'd always put his vitiligo in ironic quote marks suddenly treating it as a minor medical detail, as if it hadn't been slyly employed as a racially-loaded weapon against him for years.

But, whatever. I wasn't thinking about it any more.

About a week later, I finally got around to listening to his music. Not the hits. Too much. Like The Beatles or something, you don't have to physically play that stuff, they're there in your memory whether you like it or not.

No, I was sticking reasonably obsessively to those last records: Dangerous, HIStory, Blood On The Dancefloor, Invincible. The ones I'd never really listened to. What I found I filtered into a playlist, put on repeat – and finally started to feel some emotion.

Tomorrow: The Last Of Michael Jackson, II: A Playable Thirteen-Track, One Hour-Plus Playlist In Search Of What Was Left 1991-2001 Through Songs At Least Co-Written By The Man In Question (Except One By R. Kelly But Oh Well) And Mostly Not The Hits, Either

In Photos: The Voluntary Butler Schem...

No More Kings: The Last Of Michael Ja...