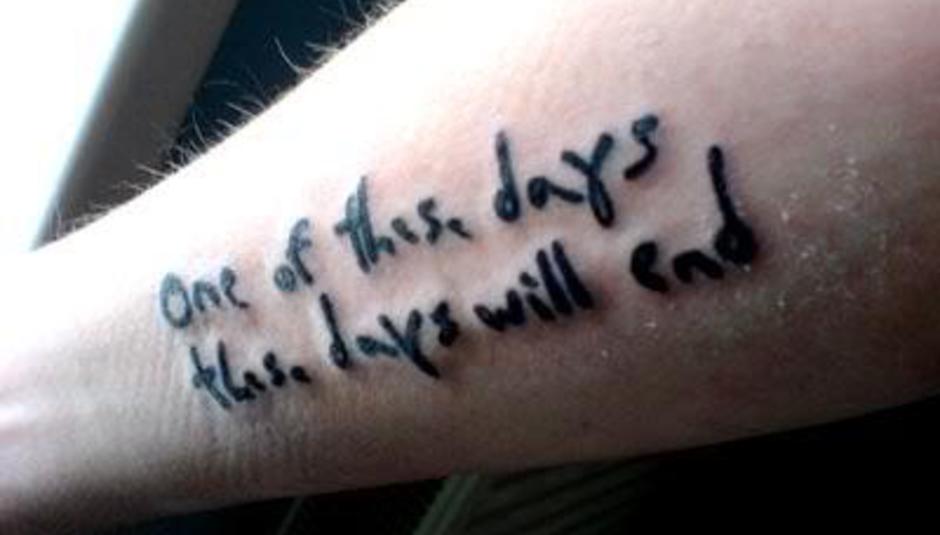 David Berman may have retired from Silver Jews for now, but his unmatched version of American Surrealism will continue to define one strand of the perennnially tangled Alt Country...

Often incorrectly referred to as a Pavement “side-project,” Silver Jews was principally the spurious grace of its singer, guitarist, and spiritual leader. Before David Berman dubbed the band Silver Jews, he started playing with his college pals Stephen Malkmus and Bob Nastanovich in a band called Ectoslavia. The trio played their songs into friends’ answering machines with the basic agenda of having a good time. Malkmus and Nastanovich, shortly after graduating from the University of Virginia, would go on to form Pavement, of course, and it’s this connection that’s given Silver Jews its perpetual underdog tag.

Not that it’s been all bad press. Dan Koretsky, founder of the Chicago-based indie label Drag City, met Berman at a Pavement show in 1990, listened to his tapes and offered to release them. Unless you’ve heard these lowest of lo-fi recordings (The Arizona Record EP; 'Dime Map of the Reef' and 'Silver Jews and Nico' 7”s), you might not appreciate the leap of faith Koretsky took with signing Berman’s band. Silver Jews would soon sound like a proper band — even if their production techniques didn’t change all that much in the beginning — but it was Berman’s lyricism that immediately stood out as a richly entertaining eavesdropping device on characters that resemble people we know. Many of you, I suspect, are already running through a patchwork of quotable couplets. “In 1984, I was hospitalized for approaching perfection,” is the opening from American Water’s ‘Random Rules’ and one line in particular that says a lot about the writer, whose idea of musical perfection comes from spontaneously recording into a Walkman. Poignant, profound, and funny as hell.

In 2008, not long after David Berman told Drowned in Sound, "I started this series, and it’s almost like The Hardy Boys or something, something that I liked as a kid. I want these records to be part of a bigger picture," he announced Silver Jews’ retirement. On the last day of January, 2009, they played their final show at Cumberland Caverns in McMinnville, TN, ostensibly so Berman could concentrate on "screenwriting or muckraking." He finished his message board blog by saying, "I always said we would stop before we got bad. If I continue to record I might accidentally write the answer song to ‘Shiny Happy People’." In the interest of historical accuracy, it should be acknowledged he’s come close a number of occasions — but then, we wouldn’t have it any other way.

This was the first time Silver Jews recorded in a studio, not that the album itself provides much evidence of it. Songs start in one direction and end in another, there’s honky-tonk pianos and “pink noise” filling the gaps where a bridge might otherwise go, and the chatter of a party taking place in what sounds like Berman’s barn all contribute to its intimate production. Somehow Berman, Malkmus, and Nastanovich, fearlessly brimming with enthusiasm, keep its parts from spilling onto the streets of Memphis and somehow the whole thing works.

Starlite Walker may very well be the greatest jam session of half-formed ideas ever made. By the time the piano stomps into ‘Trains Across the Sea’ there’s already a sense of something historic taking place. It’s partly a product of engaging storytelling, partly Malkmus’ off-key falsetto over the shoulder of Berman’s dry baritone, and partly due to the improvisational expertise of musicians at the height of their creative powers. But mostly, I daresay, it’s because the sessions at Easley Recordings were touched by divine providence. There’s really no other way to describe it.

When Berman scraped the original recordings with Malkmus and Nastanovich for alternative versions with keyboardist Michael Deming and New Radiant Storm King’s Peyton Pinkerton and Matt Hunter, the result was an emphasis on Silver Jews’ country rock roots. Although Drag City producer Rian Murphy does a fair job creating a more spacious environment in which to highlight Berman’s lyrical wit, Malkmus and Nastanovich’s absence doesn’t go by unnoticed. Berman’s vocals slip into a disconcerting monotone that wasn’t as noticeable as when he had Malkmus as his foil. Malkmus’ only appearance is a thirty second cameo, and it’s there that thoughts of what could have been play tricks with the album’s overall impact.

What prompted Berman to make the change is unclear, but taking extra pains to separate Silver Jews from his Pavement brethren doesn’t add any zeros to its bottom line. The Natural Bridge, mind, is still a pretty damn good record. Fans of Berman’s wordplay are rewarded with some of his most ingenious bumper sticker worthy lines, especially on standout tracks such as ‘How To Rent A Room’.

Named after a poster Berman saw in a veterinarian’s office, he brought back Malkmus for the album many consider to be Silver Jews’ preeminent achievement. Virtually every moment becomes a sing-along. The quirky combination of Malkmus’ crunchy guitars over Berman’s laid-back songwriting fits like kid gloves. Varied textures give each song a unique identity, and simultaneously, perhaps better than any record—by any other band—defines “alternative-country” as its benchmark.

If American Water isn’t quite the personal reflection of The Natural Bridge it’s only because David Berman is too strong a writer to always pen autobiographical subjects. In the same way Kurt Vonnegut writes from the voice of a child, Berman takes on the role of hitchhiker, using simple language to communicate otherwise complex observations. But American Water is an album which can be enjoyed apart from dissecting Berman’s lyrics. If you’re planning a road trip—before you pack your underwear and toothbrush—make sure you have a copy of this album already in the CD player. You’ll thank me later.

With Stephen Malkmus too busy with the Jicks to lend his talents to Bright Flight, this album eschews the reflexive aesthetics of Starlite Walker and American Water, returning instead to the crisp and twangy country sounds of The Natural Bridge. Berman’s clever lyricism abounds, as ever, and the feeling is that of a long lost friend coming to visit. “I could tell you things about this wallpaper that you’d never, ever want to know,” Berman croons on ‘Horseleg Swastikas’, which stands alongside his most disturbing lines. There is Berman’s hallmark of silly puns too: some that work (“Water doesn’t give a damn”), and some that don’t (“You’re the only ten I see” from ‘Tennessee’). There’s something unapologetic about Berman’s delivery that makes even the most embarrassing clunkers an essential part of the pact between the listener and the band.

It was about this time when Berman’s personal demons would envelope him. David Berman had still never toured as a band due to agoraphobia; there would be rehabs and relapse, severe depression, all of which culminated into a suicide attempt in 2003. It certainly didn’t appear as though there’d be a happy conclusion to the Silver Jews’ saga. But that’s how the best stories always go: defying the odds and then finding some sort of redemption in the end. Berman would later call this tumultuous period “an incredible blessing,” referring specifically to reconnecting with his Jewish heritage. Berman finally kicked his drug and alcohol habit, got married to his sweetheart Cassie Marrett (who also becomes a full-fledged Joo on Bright Flight), found God, would soon hit the road for the first time, and generally speaking got his shit together.

Berman enlisted all his old friends—Stephen Malkmus, Bob Nastanovich, Will Oldham, Azita Youseffi, and his wife Cassie—for Tanglewood Numbers, the fifth instalment of the Silver Jews series. There are some marked differences here and thankfully it’s not the familiar story of a newly clean and sober musician losing his edge. The production is more polished than we’ve become accustomed on previous outings. Even Silver Jews’ pure country albums contained a whiff of how they started as home recording jam band. The lineup Berman put together after a long four year absence sounds like professional musicians making a professional indie-rock record. Its shine at times detracts from the original charm of the band, but ultimately the story of staring into the abyss and returning a little worse for wear is a compelling one.

The album opens with a spatter of songs aimed at capturing the despair of an addict (“Let’s not kid ourselves, it gets really really bad” from ‘Punks in the Beerlight’), and then moves through the process of finding salvation, first through stepping outside himself on songs like ‘Animal Shapes’ and then by finding joy and romance on songs like ‘The Poor, the Fair and the Good’. The album plays out like a thirty-five minute synopsis of the previous decade, accompanied by banjos, steel guitars and violins. There are plenty of awkward moments on Tanglewood Numbers which keeps it from being as immediately satisfying as Silver Jews’ early gems, but it’s a grower—and the more times you play it, the more you’ll appreciate Berman’s journey to make it.

In reviewing Lookout Mountain, Lookout Sea last year, I called it the next logical chapter in a manuscript which has had many of us hooked since the opening lines. With the benefit of hindsight, it’s easy to see how Silver Jews’ sixth album would be the last chapter, too. The final instalment in the story of an erudite drunk who fronts a ramshackle country band, wears trucker caps and leisure suits, and makes wry observations on familiar themes. The songs are standalone vignettes, told with backwoods wisdom that embodies a refreshed and emboldened David Berman. Lookout Mountain, Lookout Sea draws upon the same jublience and mayhem juxtapositions Berman built his reputation upon, but this time the emphasis is firmly rooted in optimism. If he hasn’t found nirvana, then he’s found a pretty close approximation and that’s good enough.

In an interview with Pitchfork Media, Berman complained, “You can go through the whole new Radiohead album [In Rainbows] and try to tell me what they’re saying, and all you’ll get over and over again is things are miserable, don’t try, things suck. And it’s all gray. There’s nothing there. Never before has there been a ‘greatest band in the world’ who had so little to say about anything.” His appraisal of Radiohead aside, Berman sounds like an ex-smoker who’s vigorously campaigning for anti-smoking statutes. But it’s understandable in a way. Berman was never a musician in the same sense that Thom Yorke is a musician, or even his pal Stephen Malkmus.

David Berman is a storyteller who happened to employ musical craft as his most expedient medium—up until now, that is. On Lookout Mountain, Lookout Sea the Silver Jews close the curtain on a remarkable canon of songs—some good, some bad, and some that will blow your mind—with a rollicking kick-ass country good time: it’s all hayrides and square dancing, dishwashers and Saint Bernards, surreal imagery and cozy ballads. And it’s been a terrific pleasure trip simply knowing and loving one of America’s most distinguished wordsmiths.