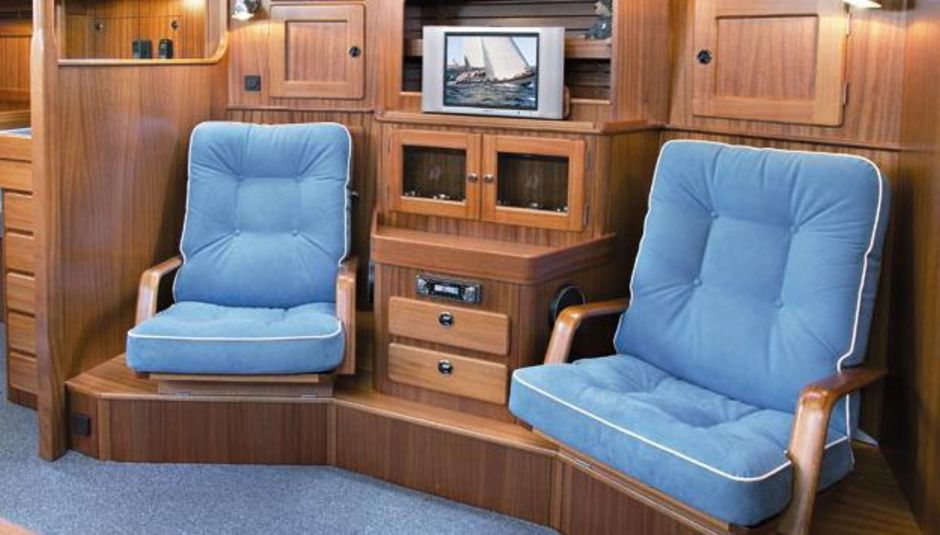 From the first lady of UK funky to Italian turntablist manoeuvres, Twin Peak-time house, skeletal techno and pirates of the Barbary Coast, number five is well and truly alive.

If funky is at a crossroads, with one path leading towards MC-dominated novelty tracks ('nursery grime') and the other towards something that re-envisions deep and tribal Chicago and New York house styles via a polyrhythmic, bass-heavy sensibility, new Hyperdub signing Cooly G is travelling on the latter, no question. Both 'Narst' and the alternate versions of 'Love Dub' on her debut 12" feel retro while sounding – thanks mainly to the focussed sub-bass pulses that press their way up to the surface at regular intervals – utterly contemporary. 'Narst', driven by layered cello samples above soca beats, is a powerfully propulsive bit of post-grime, but it's the blissful 'Love Dub Refix' that really announces the Brixtonian as someone to take note of. Warm synth pads bloom over an insistent kick while Cooly's lovelorn vocals flit between hissy, synthetic hi-hats, the warmer timbre of wooden percussion, and blunt bass stabs. Essential. I'm no demographer, but I reckon that every Canadian who was ever into electronic music is now living in Berlin. Adam Marshall is one of the many who justify my having 'recently relocated to...' ready as a cut'n'paste shortcut every time I sit down to write this column. More important than where he chooses to lay his kopf, however, is that the title track here is one of the best things I've heard this year: a simple drum pulse, a rolling bassline that bulges into acidic territory from time to time, a loose hi-hat, a Twin Peaks vocal sample, and some of the trippiest, bloopiest and bleepiest keyboard work this side of a Yes revival. This is music to get totally lost in, on dancefloor and in armchair both. Great old-school B-sides, too.

NYC's FaltyDL is about to drop his killer debut LP on Planet Mu, but that's for next time. Right now we've got this EP to enjoy, its title track blending resonant 2-step beats with large, frazzled synths and breathy vocal samples. This is typical insofar as FaltyDL's M.O. often lies between the rhythm patterns of UK garage and the melodic sensibility of Detroit, but its two accompanying tracks play by different rules. With a few jazz samples and a loose breakbeat 'Metacognist' shows that downtempo needn't be code for soporific and intellectually bankrupt, while the short but ineffably sweet 'Tom@RAMP' passes spaced-out keyboard lines, warm drones and down-shifted vocals back and forth around a beautifully basic drum machine rhythm. Kicking off with the excellent Martyn/2562 double-header reviewed back in the appallingly disorganised days of Armchair Dancefloor 003, the second overview of Bristol dubstep maestro Pinch's label shows it to be in rude(bwoy) health. Amongst the best of the new stuff here is Flying Lotus' 'Glendale Galleria', with its expansive synth pads hanging above a morphing sub-bass peppered with clicky beats and vocal shards, Joker's maliciously sleazy 'Untitled_RSN', which staggers along on metallic groans, lumbering bass chords and synths that sound like a Chinese Parliament Funkadelic, and Berlin's foremost Detroit techno lover Shed, whose superb remix of Peverelist's 'Junktion' shifts dextrously between uplift and chill menace.

Virginian Anduin and Sweden's Jasper TX have both produced good work individually, but

nothing to the standard of this wonderful album. On the first go around you might think you're in competent drone territory, but give this album some time and it becomes apparent just what a subtle and involving work it is. On 'Everything Disappears in a Tunnel of Light' cicada-like tones are overtaken by a tuneful wall of noise, which in turn dies out to leave the shimmer of languidly plucked guitar notes. The metallic echoes around the hesitant notes of album closer 'Walking in the Snow' convey a chilling enormity, but the album's highlight is 'Where a Star Once Was': utterly immersive, the piece grows from a three-note melody and scrunches of electronic noise towards an oppressively powerful climax. Fans of Fennesz or Rosy Parlane should take note.

Roman producer Giorgio Gigli is an interesting proposition, his minimal techno productions tending to find that elusive border territory between experimentalism and danceability. 'Spazio' is a case in point, its 12-minute runtime giving the darkside electronic effects - creaks, fazes and disconcerting rattles - time to become melodic in their own way, at the same time as allowing the pattering beat to become powerfully insistent without the addition of audio muscle. On the flip 'Tempo' is equally hypnotic, applying a minimalist aestehtic to an acid trance groove.

Having co-produced DJ Hell's recent Teufelswerk album, Rother makes his first appearance proper (a couple of remixes notwithstanding) on the same man's resurgent International Deejay Gigolos imprint. The German techno and electro veteran lacks consistency, but this is excellent work. The rattling minimal beat of 'Hot Chocolate in the Milky Way' is coloured only by a two-note keyboard melody at first, before delicate, percussive synth stabs – like the ghost of progressive house records past – begin to rise out of the mix, culminating in a melancholic's wet dream of a corroded synth melody flowering (or perhaps moping) into miserable life. On the flip 'Green Star Drifts' is built on a funkier synth-drum rhythm, its pitch-bent melody shading its mournfulness to druggier, paranoid effect. When The Mole collaborates with the trio that make up Cobblestone Jazz* they usually call themselves The Modern Deep Left Quartet. That they haven't done so here is unlikely to dislodge MP's expenses from the front pages, I guess, and it becomes an irrelevance as soon as the squidgy, corporeal riff that powers 'Fiesta' comes winding out of the speakers: it's the kind of sound you want to climb into, or hug. That it's bolstered by a coolly understated acid line, pinpoint synth washes and the pristine, heartfelt beat programming that these guys are rightfully known for makes it essential.

, but 'Atavism' is worth the wait. Presuming you've done something with your time in the interim, that is. The ancestral type to which SND are returning is extremely basic techno, resulting in skeletal constructions that, on a track such as '03:21:25' (the titles are fairly minimal, too), comprise no more than a machine-made handclap, a metronomic synth pulse and a hi-hat. The extreme asceticism of this approach leads to some grating results (on the insanity-inducing '09:05:03', for example), but this is an album that can be loved as well as admired. Just check out the bumping funk of '06:24:41' or the warm stop-motion roll of '05:36:58', and prepare that jaw to slacken.

and the best of the rest...

On (another) Stunt (Schoolmap) Italian avant-gardist Giuseppe Ielasi continues the adoption of turntablist techniques begun on last year's Stunt. At its best, as on 'Part 3', the crackle of the old vinyl itself becomes as important an element of his intriguing sound as the plundered snippets of traditional instruments.

Untold continues a fine run of form with his new 12" on Hessle Audio. 'I Can't Stop This Feeling' is the one to go for here, with wild pitch strings heaping the tension onto a thrillingly artificial liquid funk workout that was born in Detroit but has a London postcode now.

Someone compared Mark Templeton's songwriting on Inland (Anticipate) to that of Grouper, and they're not wrong. Working with guitar, laptop and murmured vocals, this is a gorgeous collection of delicate, pastoral tracks enhanced by the subtlest of electronic coatings. You can virtually hear the campfire pop and snap way down in the mix.

Lastly, I'll leave you with an unofficial video for a track from the recent, limited and thoroughly sold out Four Tet/Burial collaboration on Four Tet's Text label. There are a few video clips floating about out there but this is my favourite. Partly because 'Moth' has been misnamed 'Mouth', but chiefly because for me the whole pirates of the Barbary Coast vibe really captures the essence of the track. Or not. Anyway, it's worth a peek, and the tune's worth a lot more than that. Enjoy.