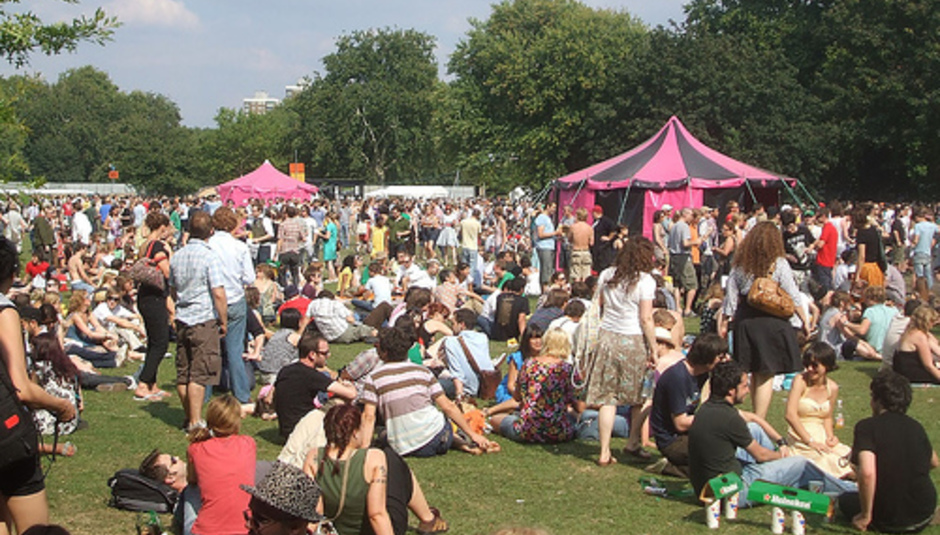 Following on from yesterday's preview of the summer's best overseas festivals, focus falls now on those events that have come to be known as 'boutique' in the last couple of years. We leave Loop, the two ATPs, Bloc and Latitude for now, turn away from the sea and eye up this handful. The Custard Factory by Tanya Byrne

Friday July 24th – Sunday July 26th
The Custard Factory, Birmingham, England
BUY TICKETS
Line-up highlights so far: Head of David, Growing, Jarboe, Zu, PRE, Caribou, Genghis Tron, Flower/Corsano Duo, 65 Days of Static, Venetian Snares (latest full details)
Rumours, hopes et cetera: Supersonic organisers Capsule tend to pull a diverse range of specimens from the darkest of nooks, but what they do offer up is usually loud, odd or both. To that end, it’s hard to predict who will transpire on the line-up, though after last year’s event the fans seemed to want originators; the likes of Steve Reich, Sonic Youth, a reformed Can and Terry Riley and John Cale playing Church of Anthrax featuring heavily in these suggestions, along with other good shouts like Liars and Colleen. We’d break up the countless noise acts that will surely be added to the bill by asking Skull Disco to give their dark, doomsday dub one last airing, while minimalist forefather La Monte Young should be hailed to reprise the performance of Raga Sundara he’ll be giving in the Guggenheim this month. SALEM and Grouper also fit the ‘odd’ criteria and would be fine additions.
What to expect: Headache. One of the most arcane and diverse line-ups of any festival this summer. A superb merch area.
Links: Home | MySpace | Facebook | Flickr Saturday July 25th – Sunday July 26th
Hill Farm, Steventon, England
BUY TICKETS
Line-up highlights so far: The Rotary Club, a vicar, cross-dressing bar staff, Bob Harris (latest full details)
Rumours, hopes et cetera: We heard some bands might be playing…
What to expect: The Truck organisers are yet to announce anyone on the bill as they maintain that the festival “is about discovering your new favourite band, and rediscovering those resident eccentrics on the fringes, whilst chewing a burger from the Rotary Club or an ice cream from the Vicar, before buying a few pints from those cross-dressing bar staff!” As entertaining as that sounds, we’re not sure you’re gagging to pay £70 for the privilege, so with that in mind DiS returns to last year’s line-up for clues. The Lemonheads headlined, while These New Puritans and Lovvers cut strangely obnoxious figures among cuddly others like Noah and the Whale, Emmy the Great, Get Cape. Wear Cape. Fly and Dan Treacy’s mighty Television Personalities. Expect the same mix of new talent and cult hero, and with Rock Sound hosting the barn organisers expect to up the quota of “stroppy, door-slamming rock”. Erstwhile BBC Radio 1/Old Grey Whistle Test don ‘Whispering’ Bob Harris will host a mix of country and roots legends on his own ‘…Presents Stage’.
Links: Home | MySpace | Facebook | Flickr Saturday August 1st
Victoria Park, London, England
BUY TICKETS
Line-up highlights so far: Mogwai, Toumani Diabate, Four Tet, Final Fantasy, Fennesz, Errors, Skream, S.C.U.M. (latest full details)
Rumours, hopes et cetera: We hope that Field Day takes its headliners to the next level this year, pulling in someone with what people refer to as ‘wow factor’. We don’t have any suggestions as to who that might or should be, because of course then it wouldn’t wow us. Logic. In the two years since its birth, Field Day has tended to be a splendid accumulation of the year’s most revered indie/underground dance talent, offering you the chance to catch-up on anything you may’ve missed for whatever reason – to that effect, DiS caught The Field, Emperor Machine and The Mae Shi in ‘08. Hopefully that service will continue and this writer will get to see Vivian Girls and Actress, as well as the already announced Toumani Diabate. Our biggest hopes, though, are that it doesn’t rain this year and that people stop complaining about having to wait a few minutes to go to the toilet.
What to expect: If you’re from London, then everyone you’ve met in the last year will be in the same field as you. If not, it’s worth bringing a group of at least four, we’d say – and sort out beds for the night so that you can go drink in one of the many fine local pubs afterwards and not have to worry about transport home. Expect the facilities to improve for the second year in a row and for the sound to be adequate but not as loud as you’d ideally like it to be. If it rains, expect to have to contend with a sea of umbrellas and attractive girls in wellies – truly the discerning gentleman’s fetish. There’s usually a drunken equivalent to school sports day, too.
Links: Home | MySpace | Facebook | Flickr Friday August 14th – Sunday August 16th
De Montfort Hall and Gardens, Leicester, England
BUY TICKETS
Line-up highlights so far: Beardyman, Baddies, Bon Iver, The Streets, The Zutons, The Charlatans (latest full details)
Rumours, hopes et cetera: There are calls on SSW’s efestivals board for Richard Ashcroft, The Hold Steady, Jarvis, Nick Cave and the Bad Seeds, British Sea Power, Jens Lekman and Eels and that seems to represent the more ‘alternative’ end of visitor tastes. According to other posters there The Lightning Seeds have reformed, so they could be in with a shout. We think Wild Beasts, Crystal Stilts and Dirty Projectors would be good fits.
What to expect: Summer Sundae has grown rapidly in its nine year lifespan, from a one-day, 14-band event in 2001 to a three-day, hundred-band, five-stage jamboree in 2008. The festival’s website is keen to stress that, “Customers still constantly comment on its family friendliness, atmosphere, artistic diversity and sheer level of ‘civilisation”. It’s not likely to be the burning hollygon-hole that’s Reading then, but in fairness it does the family thing well, presenting bands that you’re not gonna begrudge watching if you’re the sort that’s ready to enjoy the novelty of a festival with dad (The Streets, Bon Iver, The Charlatans et cetera). Did we mention there's a DrownedinSound stage again this year?
Links: Home | MySpace | Facebook | Flickr Friday August 21st - Sunday August 23rd
Glanusk Park, Brecon Beacons, Wales
BUY TICKETS
Line-up highlights so far: British Sea Power, Wilco, Bon Iver, Wooden Shjips, Errors, Golden Animals, Pivot, Beach House, Peter Broderick, The Amorphous Androgynous (AKA Future Sound of London) (latest full details)
Rumours, hopes et cetera: There are rumours that Doves will be making an appearance, while the biggest hopes of folks over at the Green Man forum is for, uh, folk; Neutral Milk Hotel, Johnny Flynn & the Sussex Wit and Jethro Tull all popular choices to follow today’s announcements onto the bill.
What to expect: The rurally-inclined British Sea Power should be in their element, so may well choose to play a number of cuts from their recently recorded soundtrack to 1934 Richard Flaherty film Man of Aran, a tale of the inhabitants of an island off the western coast of Ireland. Green Man tends to specialise in grown-up, critically-lauded indie, so The Amorphous Androgynous should provide welcome relief should you need it.
Links: Home | MySpace | Facebook | Flickr

Guides to come on those aforementioned seaside boutique festivals, indoor multi-venue events like The Great Escape and SXSW and summer giants like Glastonbury, Reading and Leeds.