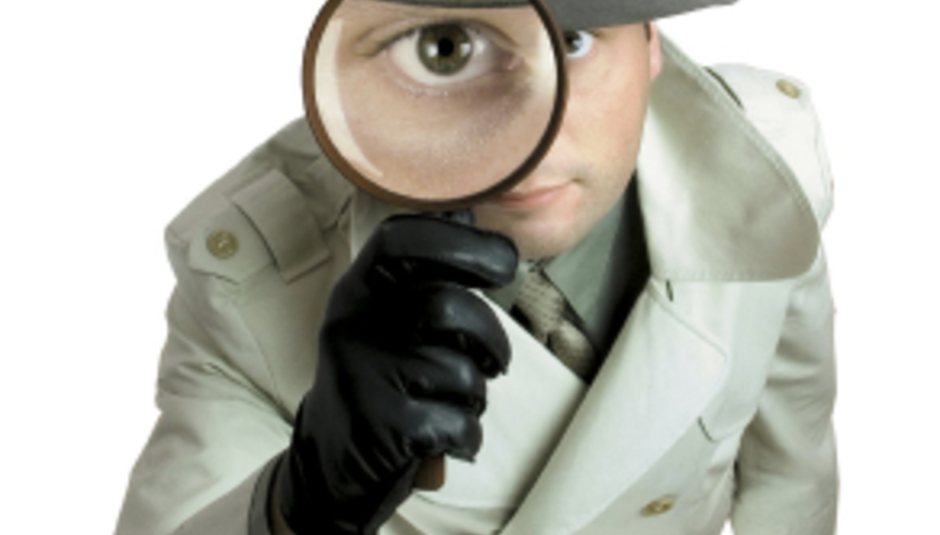 The first in a new series of articles penned by those in the know about the industry issues of the day. Meet The Insider...

What links Electric Six, Audio Bullys, The Bravery, Gemma Fox, The Dead 60s, Marcos Hernandez and Air Traffic? All have been included in the top ten of the BBC Sound Of... poll for the most promising new artists of their respective year. Since it started in 2003, the poll has been a veritable mash up of those destined to actually work and those that fell at various hurdles along the course. Last year, interestingly, the entire Top Ten had some level of success with the likes of Duffy and Adele leading the charge so we could perhaps infer that the 150 or so ‘industry experts’ whose votes make up this list of the great and potentially good are getting better at judging what will sell in Tesco. History, however, as Messrs Bush and Blair are keen to point out, is the only real judge and, let’s face it, some of the names above had big hits before they were consigned to the bargain bucket. Whether MGMT, The Ting Tings and Black Kids are one album wonders is very much a matter of debate amongst those in the music biz and, in short, this highlights the major problem of such polls if we are to look at them as anything more than annual diversions and the source of pub conversations.

Thankfully, the BBC Sound Of... poll in addition to endless column inches of broadsheet and (increasingly) tabloid opinion on what will ‘rock 2009’ has about as much to do with art as Gordon Brown’s policies have in common with his oft-mentioned friend prudence. This is without even considering NME’s identikit genre-based sweeping of anything that has more than half a tune as potentially this year’s Arctic Monkeys / Duffy. The truth is that, like so much within the industry, the New Bands Of 2009 features are a combination of commerce, laziness and lack of imagination. Given that combination, it is little surprise that the results are so random. What is terrifying is that these results can, and do, have a huge effect on the start that a new act gets from a (usually major) record label.

The theory goes that to launch an artist in the world of declining sales (whether physical or digital) you need an increasingly greater level of ‘profile’. This used to be the achieved through the standard limited single for the uber cool ‘tastemakers’ followed by a first ‘radio’ single (to garner evening play and a bit of daytime ‘action’). Then you up the ante to get on that gold standard, the Radio One playlist with the ‘breakthrough’ track. All pretty cynical but, then again, record companies do exist to sell stuff so let’s not get too clever here and people like me need to be paid by those companies so they need to sell stuff.

This system still exists, see Little Boots limited 7" last year alongside mentions - but nothing more - in the right places and White Lies' ‘start up’ single in 2008 with selected festival appearances etc all geared to whet tastemakers opinion to put them high in this list for 2009. White Lies played their first show in February 2008. It’s no coincidence that they didn’t tour frantically and throw out music from that point or just keep playing. From the moment they signed to Fiction, the whole thing was stage managed to hit key marketing moments. Breakthrough single in January for radio with the Sound Of... poll and a fistful of press and magazine covers, album straight after to capitalise on the hype, slow track pre-festivals for singing along on BBC red button etc etc... you’ve seen it all before. To be balanced, The Insider struggles to see anything real in White Lies so may be being unduly harsh to them in particular so pick your particular least fave from the list and apply the above, the likelihood is that they didn’t just land on the list by chance and talent, someone in the camp is scheduling to make this happen.

So, what’s the problem? I’ve already acknowledged that record companies need to sell stuff and that marketing has always been part of the game so why object to this? Well, think about it for just one second. Why would art follow a calendar? No artist makes their art according to a time scale (well, none worth talking about), and you don’t form a band in February with the aim of producing your first great track in May to allow the industry to salivate into November putting you in a perfect position to head up lists in January. The biggest act that The Insider currently works with got zero notice in these polls and went on to do very nicely thank you and yet, every September / October, talk with any new band turns to how they can be manipulated into these spurious lists to allow the dreaded marketing department to engage their dark arts as the clock turns over to a new year.

This tells you more about marketing departments' view of music (units and collateral against them defaulting on that big mortgage if you want to be cynical which, let’s face it, with marketing people you always should be) than it does necessarily about the music itself. It also leaves critics and the public in a position where a glut of artists drops on them and they are pressure sold into hype bands every year. And that is bad because you keep selling people turkeys and sooner or later they’ll stop listening, the baby goes out with the bathwater and we are all up the creek. It sets a trend for marketing leading art when the relationship has to be the other way round. For all the talk of bands releasing tracks when they are ready and breaking away from the old cycles of promotion, unless you are Radiohead the cycle is actually getting worse. Marketing tell you when the album comes out. A&R is a dying art.

So, with The Brits coming in February (and now the NME Awards as well) to cheer up pretty rotten post-Christmas sales figures, an entire summer of seemingly BBC sponsored festivals taking up June to August to tie in with summer sales promotions and the last gaps in October / November now crammed with the Mercurys / Q / Mojo Awards (obviously grumpy old men buy more music in the darkening autumn months), the New Bands / New Year tie in is just part of a never ending cycle of promotion cooked up by the labels, the retailers and the media to try and remove any possible doubt from the process of selling music which also removes any excitement or scope for revelation.

Given the choice between allowing the public to discover new artists and ramming them down their throats replete with endless quotes from the Jo Whiley / Gennaro Castaldo (you know him, that HMV guy always quoted on any act winning any award as to how the album has gone up 14 billion per cent ‘in store’) axis of evil and actually allowing the fools that make up the potential ‘sales base’ (that’s you by the way) come to their own conclusion, for any marketing department there’s only one winner. It ain’t you, just in case you were wondering. And, in the case of Jo Whiley (or any Radio One and, increasingly, 6 Music DJ), double wins as you get to do the fawning TV ad voiceover about the ‘Breakthrough Album of this year’ when the marketing department ‘push the button’ on platinum to reach the ‘middle market’ in the gap between Peep Show and something else smug and middle class but ‘edgy’ on Channel 4. Then we all forget about the band on album two (The Bravery) or three (Kaisers / Razorlight) and move on to the next victims.

In an early interview, White Lies said, “We don't want smash hits, we want to make albums, lots of them, over time. We want 15-year-olds to go away thinking we're their favourite new band.” This is what we expect and want to hear from any new band and makes The Insider actually like them for a very short space of time until that bloody single comes on the radio for the Nth time today accompanied by the reminder that they were “Number #2 in the BBC Sound of 2009 poll”. The music industry does not share their (and the many others like them's) ambition. Perhaps the New Bands strategy would be best explained by the following bastardisation of the quote:

“We want smash hits, albums that recoup and spawn tracks for iPod ads, lots of them, really close together. We want to part eight-year-olds from their cash as quickly as possible across all platforms and then drop the artist before the shine fades and do it all again with another set the year following”.