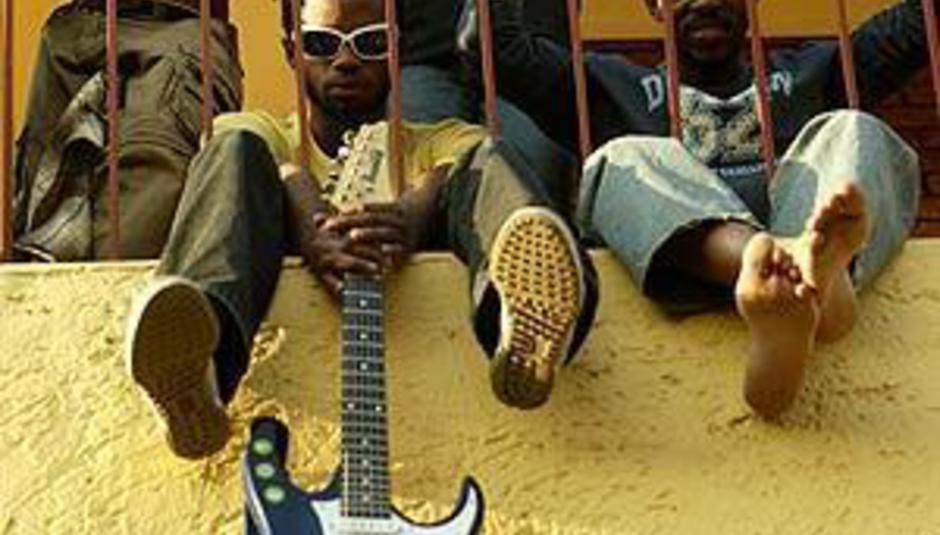 DiS' Class Of 2009 is comprised of bands our core contributors really think you should be listening to. Simple as. We're not necessarily saying they'll 'blow up' or 'cross over' or any of that industry nonsense, but we are saying we think they're great and have a hunch at least some of you will agree...

Well, this is a relief – everyone else in the global media is confused about what they’re hearing in BLK JKS, and the band’s claims to mix raw jazz, drone rock, and ska suggests confusion is deliberately where it’s at. Initially listening to the Mystery EP, with negligible information about the Johannesburg fourpiece, BLK JKS give Radiohead and TV On The Radio a run for their money: ‘Lakeside’ seems to combine all the musical ideas of ‘15 Step’, ‘The National Anthem’, and ‘Dollars & Cents’ into one song, and with a muscularity you don’t associate with the Oxford five piece. In fact, the layering of discrete, complex vocal lines, samples, and instruments is always ultra-dense and yet individually distinguishable in a way that compares only to samplerdelic masterpieces My Life In The Bush With Ghosts or Fear Of A Black Planet. ‘Summertime’ has so many infectiously danceable ideas in its second half, you can imagine charlatans like The Chemical Brothers salivating over what to filch first. This, after all, is a group of South African musicians – citizens of the global village – reaching toward the darker, more psychedelic end of Western/American guitar music (prioritizing harmonics over rhythm), whilst retaining all those polyrhythms that have been tripping out ‘our’ Euro-American composers from Debussy onwards. Okay, BLK JKS fall slightly short of the grand lyrical statements TVOTR are now making, but the refrain “Down by the lakeside / A paramedic threw up his hands / To nurse a broken legion / Oh, where did it all go wrong…” is no less ominous, and of the dozens of ‘new’ bands this year, BLK JKS (whose guitarists have been playing together since 2000) may be the leading candidates for greatness.