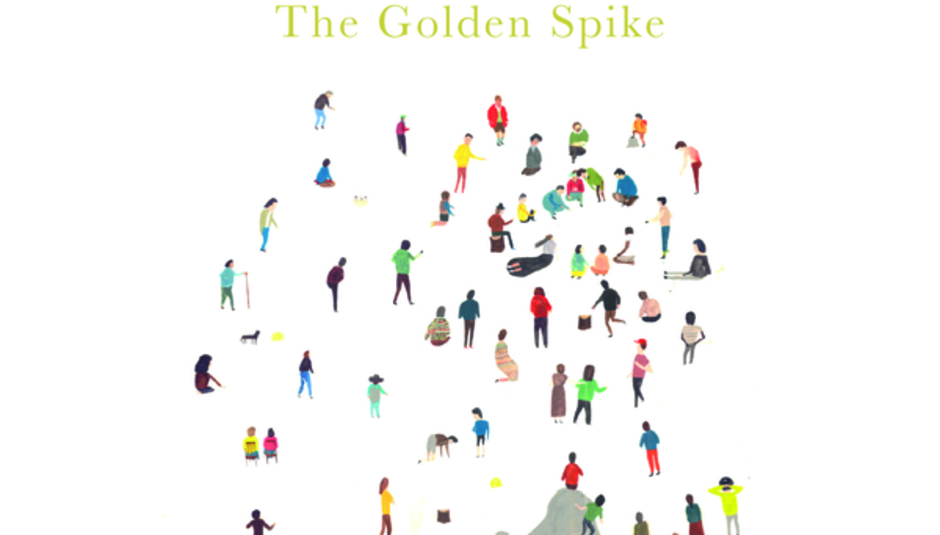 They've been threatening to do it for for a long while, but Leeds-based alternative poppers Sky Larkin finally deliver their debut album next month. And what a hook-laden indie-rock corker it is too!

I wrote this song when I was really caught up in reading as much as I could about the Land Art/Earthworks artists of the '60s and '70s. I was living in London at the time and was struck by how we organise ourselves by layering up topside just as we're used to reading the past in the layers in the ground. I used to collect fossils as a child and they have this kind of living death that I've always found fascinating, each little creature becomes their own statue to themselves, their own little monument.

Nestor [Matthews, drummer] used to always play that drum beat in practices and I adapted a song I'd written to fit it, it was a little ditty written with someone in particular in mind and it worked! Eat some coal and you'll shit diamonds. I like how it's a short little blast, quick and to the point. Oh and Pica is the medical condition where you are compelled to eat inedible objects. Thanks Wikipedia!

When I lived in London I walked past a small independent car garage every day on the way to the Tube. They kept this old car outside for spare parts and I always felt sorry for it. It had been stripped of everything of significant value, it was on bricks and there was nothing under the bonnet - in fact, there was no bonnet! I'd see them picking little bits off its skeleton; miscellaneous small components like window winders and I'd think how that lump of metal could be put out of its misery and melted down into something useful. The poor thing had the potential to be made into anything and they were just keeping it in stasis because of some tiny elements that could be of use - despite most of it being redundant. It was also a huge hulking metaphor for an emotional situation I was clinging to that needed to be scrapped, so I think I displaced a lot of emotions onto that little car as I walked past it every day.

I guess this is our '500 Miles' as it's a devotional song about distance. I love the 'bedroom metal' guitar sound John captured in the intro, I had so much fun playing around with tones with him - he's so quick at dialling stuff up! The hugest sounds on this record are from cranking little amps, when we were adding the extra guitar lines to the live tracks John set up a circle of small amps at his place and I sat in the middle basking in them. I love how Nestor's yelps spilled onto the drums mics in the break. I think this was recorded on the day Nestor broke five of the studio's snare drums... let that be our little secret!

I can't remember if the '08' made it onto the artwork or not (by the super-sharp Leeds art collective Nous Vous). I hope it did - I tried to write a song that was about what happened to us in 2008, and Nestor played this beat along to it where he looked like an octopus so it became about both those things. I originally read about The Golden Spike in the Land/Earthworks artist Robert Smithson's writings. The Golden Spike was driven to commemorate the completion of the American railroad when the Pacific and Atlantic rails met. The significance of all the time spent, distance travelled and effort needed in order to achieve that was distilled into this one spike, this object. When I thought of holding our debut record in my hands this feeling of distillation into an object immediately came to mind. The album pins the songs together, our experience of writing/gigging/recording them and it also pins us together as three human beings, so this record is our Golden Spike.

I don't always want to know exactly what songs I like are about because sometimes the mystery lets you create your own associations and it seems like I've given a lot away so far... so if you wish not to know, the Cliff's Notes version of the meaning of this song is that it is about feeling free. Long-form version: I wrote this for a friend who writes great songs but used to be afraid of singing in public. I told him if he could sing along to other people's songs in front of me (which is how I knew he had a lovely voice) then I knew he could do it. That's where the 'Let it go/We've been stealing voices from throats' comes from. And a somersault is the most physically free movement a human can make so I think that's where that came from. Now he's in a band that are doing pretty well, so perhaps I'm a musical witch... John and Doug [Adams, bass player] crafted a stellar bass sound for this song and I've always loved the drum part Nestor wrote for it.

This was the last song written for the record - I think we finished it a few days before we flew out. The 'Flies in a cathedral' thing is borrowed from a saying used to describe atomic structure - the particle elements of an atom are only a tiny percentage of its total size (so a large part of it is an empty void, so we're largely made out of empty spaces, like an Aero). But what I mean when I use it here is 'let's go propel ourselves into the world even though we're just tiny dots in it, be excited by the vastness not intimidated by it'. Also, I think that within this song Doug fulfilled his life-long dream of Bringing Back The Bass Solo. Oh, and a recording fact: Nestor played a cymbal of Jason's (made by a Seattle drum-maker called Gregg Keplinger) on this song that was a hand-hammered sheet of metal and sounded like Thor's hammer.

This was the first song we put together in our current line-up. Before Doug was in the band our friend Lindsay played bass. She then went on to be in the now-departed Mother Vulpine, who spawned Dinosaur Pile-Up and our new tour mates Pulled Apart by Horses - oh the circle of life, how it moves us all!). John suggested I use a cigarette amp for the solo and for that I am eternally grateful.

I guess this song is really the heart of the record. I hadn't finished the vocal melody before we went into the studio so I spent a while figuring it out in John's improvised vocal booth, which was in fact an old broom cupboard that the last owner had for some reason painted pink. It was so small that it got too hot if I turned on the lightbulb so this is the sound of me hollering in the dark.

During its embryonic stages, this song was part of a pre-Larkin project that Doug and I worked on together called Trivial Pursuit. When I wrote these words I wanted to show how sometimes if you over-think things they lose what makes them unique, and how it is impossible to capture the nature of certain things if you think merely scientifically or diagrammatically. (So: 'If you flatten the geography all you can join up is lines' is about how maps never capture the spirit of a place). Plus it has a guitar sound at the end of the breakdown that goes whhhhheeeeeeeeeeeEEEEE... pretty cool!

This song is about getting your shit together. It is also about being so in awe of the idea of getting your shit together that you never do. It came out of experimenting with different tunings (and is in DADEAD, fact fans). We originally recorded this in East London in a warehouse that has now been demolished for the Olympic site. I like both versions, but the guitars on this one are extra swishy.

I wrote this song in my head as a vocal melody during a soundcheck and it was originally intended to be an a capella song, but I found this spooky fairground-ish sound on my keyboard and it matched up perfectly; I wanted the song to be equal parts playful and creepy. I guess it's really a song about how creepy the superlative promises that are normal currency in love songs are, and takes that notion of 'I'll do anything for you!" to its darkest conclusion. The whirly-swirly sounds are from Nestor and I abusing John's Optigan, the greatest instrument we never knew existed.