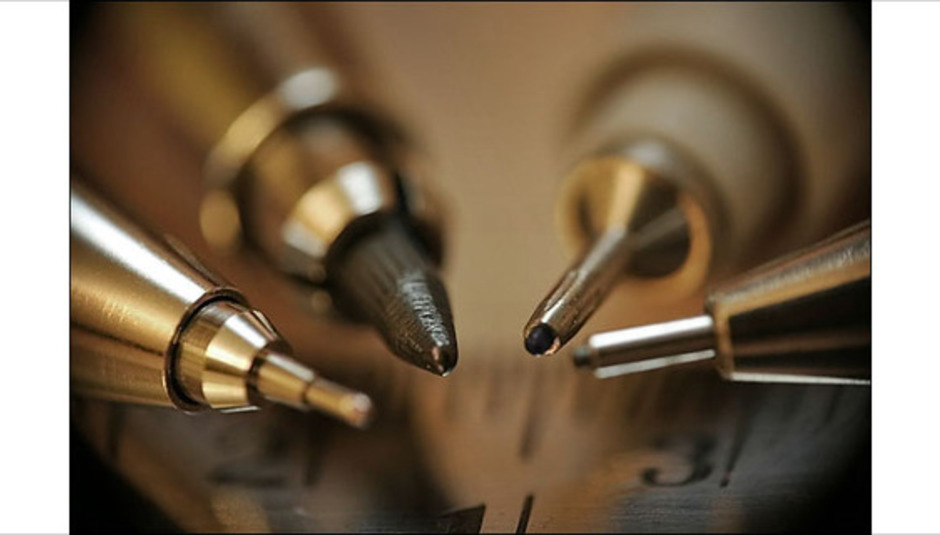 So we're a bit early, but let's face it, there's not much else to do at this time of year other than think about which acts we're going to be celebrating come 2009, is there? There is? Maybe that's just me then. Anyway, the list we've assembled below represents a broad selection of the kind of stuff DiS writers think you should be getting excited about in the coming months. Click the band names for the relevant Myspaces. And check back in twelve months time to see if we were right...

If these psych-rock loons bypassed you this year then there's still plenty of time to make amends for your sins and grab a copy of their self-titled EP. After you've had your brains demolished and reassembled into a new, better form by the EP's molten hot guitar detonations, ravaged screaming, slinky basslines and tongue in cheek prog dynamics (not to mention the none-more-prog track names – 'Until The Sun Dies (Part 2)' – woof!), you will start quaking uncontrollably, desperate for your next hit. Well, you sad little junkie, there's good news: a full length is due next year, while January's trio of London gigs should set the winter gloom ablaze. myspace.com/crystalantlers
Andrzej Lukowski

Catherine A.D. will be releasing an EP early in 2009 ahead of her noir-pop debut album. Describing her music as a 'pirate radio for heartbreak', she creates a Lynch-esque darkness which fills your room, curling round the walls, and lingering long. However, Catherine's music doesn't quiver under the covers like the recent slew of female singer-songwriters; she has that life-affirming gloom of Morrissey and Nick Cave, ensconced in huge moments that tumble into the epic realm of Interpol/The National. myspace.com/catherineAD
Alexander Tudor

Okay, so they might have been one of our tips for last year as well but the best things take time to come to fruition, which is certainly the case with Grammatics' debut album. Due for release early 2009 on Dance To The Radio, the band have been painstakingly assembling the record for a good few months now - and from the tracks DiS has heard, it's time well spent. Less abrasive and more melodic than previous singles 'Shadow Committee' and 'The Vague Archive' suggested, it retains all of the art-rock charm and inventiveness that made us fall so hard for them in the first place. This is shaping up to be one of the debuts of the New Year. myspace.com/grammatics
Rob Webb

A pair of DiS writers saw their potential and put out one of the early singles a couple of years back (hi Adie, Tom), but 2009 looks like it could be the year It Hugs Back finally come to much wider attention courtesy of the super-mega-respected 4AD, the label they now proudly call home. And why not? Twinning gloriously sunkissed melodies with noisy guitar work (think Lemonheads/Pavement), their 2009-released debut album's the kind of thing you can put on repeat several times by mistake and enjoy more with each listen, which is precisely what this writer did recently. Give it a shot. myspace.com/ithugsback
Rob Webb

Video: It Hugs Back, 'Work Day'

A few fleeting glimpses of Mumford And Sons at this year's splendid, sodden Green Man festival (review) revealed promise, and the excited chatter from those who got a better look than I suggested much more than that. Part of the astonishingly fertile London scene that has seen the likes of Laura Marling, Noah And The Whale, Emmy The Great, Jeremy Warmsley and Johnny Flynn rise to prominence, Mumford And Sons excel not because of a bracing originality or goalpost-shifting first few offerings (perfectly nuanced and well-balanced though they might be); no, it's the unabashed sincerity they exhibit that elevates them into the kind of band you can fall in love with in an instant. myspace.com/mumfordandsons
James Skinner

Another band who've been threatening a full length for a while now, February 2009 will finally see Sky Larkin unleash their debut LP after an eventful 2008 spent touring with Conor Oberst and recording said album (The Golden Spike) in Seattle with alt.rock godhead John Goodmanson (Sleater-Kinney, Bikini Kill and The Blood Brothers). If you've caught them live over the past twelve months you'll know what to expect: soaring femme-fronted indie pop with a hard riffing edge. So good they've even had a cocktail named in their honour at local Leeds boozer The Wardrobe... myspace.com/skylarkinskylarkin
Rob Webb

When a flurry of head-shearing noise batters your ears, your first instinct is to take cover. However, taking into account that Toby Hayes, ex-vocalist of the phenomenal and much missed Meet Me In St Louis, is involved, DiS – and your good selves – would be best coming out of hiding. Having released their astonishing self-titled, self-released debut in November, we should see this twin-voiced trio splatter the live scene with their bloody minded, full-throttle blues come next year. Indefinable, primal and exhilarating beyond belief, Shield Your Eyes may as well adopt similar warnings: Not For The Feint-Hearted. myspace.com/leavethetapesrunning
Brad Barrett

The first time I heard Three Trapped Tigers, I thought Christmas had come early. A Christmas that shoved the drugged-up, bastard child of Squarepusher's Big Loada and Jawbox's Scrapbook of fatal accidents down my chimney - barbequing its decadent, digital machinations on my open fire. Possibly the act fans of quirky, glitch-filled drum 'n' bass have been awaiting, this glorious, analogue, synth-led trio of tigers will have you crying into your spilt milk in 2009. If you pre-order their thumping, melodious EP now, you will be one of the few to be ahead of the game. Dischord + Warp = a listener's dream come true. myspace.com/threetrappedtigers
Ash Akhtar

It’s hard to believe that these scruffy beach anthems are the work of just one guy from San Diego, Nathan Williams, but they are, and they’re thoroughly badass. Taking some cues from fellow Californians No Age but with an even looser pop-punk scrawl, his lo-fi is garagey and raw but comes off totally gnarly with its dirty melodies and sunny disposition. His self-titled cassette has been receiving tons of bloggage in all the right places and in 2009, Wavves looks set to release a ridiculous amount of new ones. There are seven or so 7"s coming out on various labels like Fat Possum, Young Turks, Release The Bats, and also on Dean from No Age's label, Post Present Medium. Another full length is also due soon on Woodsist, furthering this terrific scuffed-up and wild armed/eyed vibe. myspace.com/wavves
Richard MacFarlane

One band that are not going to become rock'n'roll stars next year is Women. These Canadian Jagjaguwar signings don't so much exude presence as absence – the music could have come from any time between now and the late 60s; song titles and bland and suburban, words mumbled and obscure - it's often not even clear how many people are singing. This may not sound promising, but their self-titled debut album is a haunted, distorted gem: radiant, lo-fi choruses explode into sun-drenched life before quickly drowning under disquieting drones; sepia-tinged washes of distortion battle eerily bare ballads. The album is out January 19th, but for a sneak peek go to www.jagjaguwar.com/artist.php?name=women, download 'Black Rice', then start counting down the days.
Andrzej Lukowski

Expect to see some of the above featured artists at our DiScover Clubs in Sheffield and Manchester in the coming months. Other obvious tips for the top in '09 include Amazing Baby, Baddies, Hockey, Passion Pit and White Lies, but they didn't seem to excite our writers all that much for some reason.

DiScuss: Who else should we have tipped? Did we miss out your favourite new band? Leave your thoughts below...