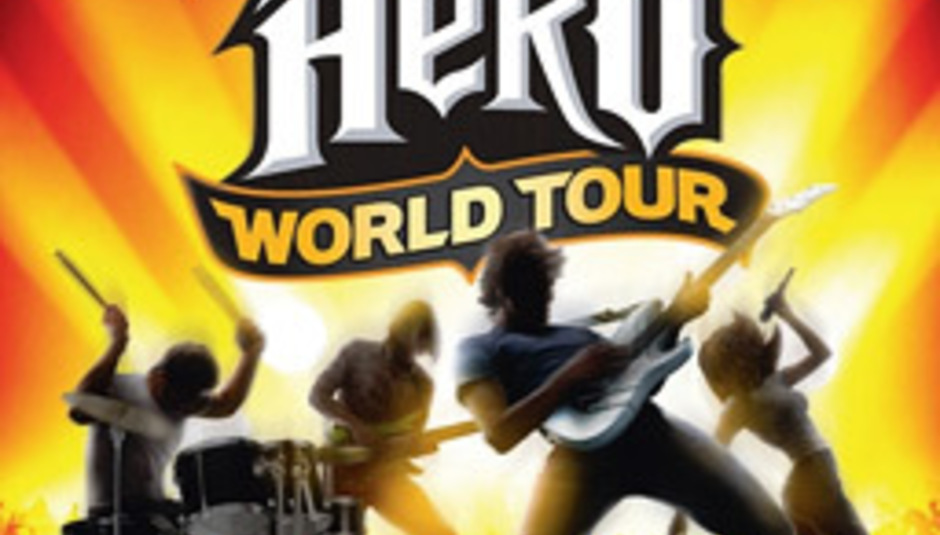 Christopher Alcxxk, briefly, on the rewards of this game and the like...

"Why would you play these games when you could just form a real band instead?"

Any time that you mention the Guitar Hero series or its competitor Rock Band you risk being sniped at with questions like these, and I'd like to briefly run through why to ask such a question misses the point somewhat.

Whilst the South Park episode 'Guitar Queer-o' neatly parodies the games with an exaggerated look at the hype and fandom surrounding them, in their current generation, featuring semi-realistic electronic drumsets and Singstar-esque vocal microphones, they genuinely offer people who may not have the resources to do it "for real" the chance to get a feel for how great playing music with friends can feel. This can only be a good thing.

Simply in comparison to other computer games, you get the sense of communality of playing with your friends without necessarily being in direct competition, but rather collaboration with them. And yeah, it's a fun way of interacting with music.

Tom Perry has some thoughts on the game in comparison to its predecessors/competitors...

Drums: The drum kit feels sturdier and has a much better thought out design than the Rock Band kit which does tend to get accidentally paused occasionally during frantic Lars Ulrich moments. You can tell Activision_ have looked closely at the design of the forerunners kit and tweaked well. Even at a direct percussive level the newer kit is much quieter than its rival, which will make parents and flatmates happy. The kick pedal feels much more realistic, despite having a plasticky look and feel to it. And the addition of the extra cymbal gives people looking to get into real world drumming an extra level of difficulty.

Mic: The vocals were a different kettle of fish. With Rock Band you tap the mic percussively in time to improve your band's score during non-vocal segments, which is easy to pick up. With World Tour, you're forced to vamp in those sections, which is OK if you know how the song goes (enjoyed the vocoder bit on 'Living on a Prayer' especially), tough on your band if you don't. Also, avoid singing 'One Arm Scissor' at all costs. It is an unforgiving and cruel mistress.

Guitars: Much of a muchness here. Nothing has really changed from GHIII. Wasn't really fond of the tobacco sunburst on the new Fender style bass, but I'm sure they'll have alternative covers for sale.

I think this is where you and I differ in opinion. The songs picked for Rock Band had a definite advantage here, and are much more rocking choices (Weezer, Ramones, The Who). GHWT is softcore in comparison (Coldplay, Bob Seger, Lenny Kravitz, Wings). Although it does have some decently heavy stuff too (ATDI, Tool, Metallica), those middle of the road choices don't do it any favours for the rock purists. Sales wise, it's a canny move for Christmas. You can play Steely Dan, The Eagles and The Doors with your dad. It'll help pester power make the sale.

Both games will have a decent amount of downloadable content. GHWT offers free fan online made songs via the inbuilt studio, and I imagine this will be mostly hit rather than miss. If fans recreate songs from their favourite bands, I think that those tracks will strive to be as close to the original as possible. I'd wait for a month after the game comes out before downloading them though. There's bound to be a few shoddy versions kicking about.

A very minor improvement over GHIII, but definitely better than Rock Band, World Tour wins this one comfortably. The customized characters I saw seemed to have a bit more depth, and fitted in more the cartoony feel of the games graphics. The characters I created in Rock Band seem relatively staid in comparison. The crowd also looks a little more realistic. A stage diver, a fiery moshpit, or or a bit of crowdsurfing wouldn't go amiss, though. Maybe they'll put that in the next one.

Pioneers get all the arrows. While Rock Band picked up a legion of fans and awards with the full band formula, Activision have held back and almost perfected their rival. As the prices are going to be pretty similar on the GHWT release, unless Rock Band becomes the significantly cheaper alternative, it's going to get creamed at the tills this Christmas. And rightly so. They'll have to take their lumps, and raise their game for the follow up.