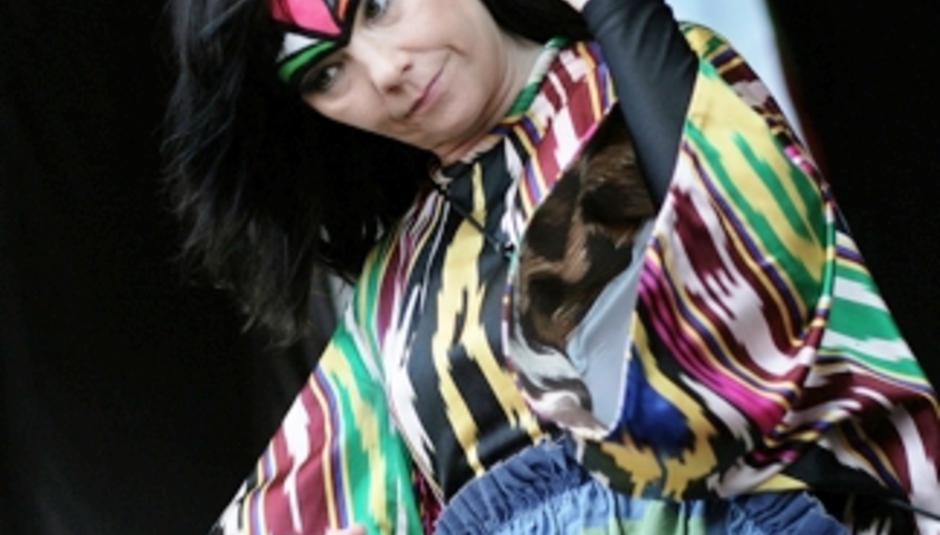 In Photos: Björk plays to 10% of Icelandic population at Náttúra

In Photos: Björk plays to 10% of Icelandic population at Náttúra

Entitled Náttúra, the event was hugely popular. So popular, in fact, that today it's been announced that it was the largest live music event ever held in Iceland, with over 30,000 people filling the hillside in Laugardalur Park, situated in central Reykjavik. Thirty-thousand people is an incredible figure, and accounts for around ten percent of the population of Iceland. The event was also broadcast live to a global audience via National Geographic's World Music website (we imagine some bootlegs will crop up for those that missed it).

Explaining why she was playing the gig, Björk said: “Too often battles being fought for nature turn into something negative and into mudslinging. We will not go that way, we are not saying that this and that is forbidden, we are rather asking, ‘What about all these other possibilities?’ The 21st Century is not going to be another oil century, but rather a century where we need to recycle, think green and design both power plants and our surroundings in harmony with nature.”

Ahead of a full review of the show and a photo diary from DiS's competition winner, here are some photos by DiS snapper Toby Price. Organisers of the event have released a statement, which reads:

"It is hoped that the event will inspire and inform a different way of approaching the issue as many believe that Iceland, ranked #1 in the world in a recent UN quality of life survey, can maintain a strong and progressive economy without the intrusion of polluting industrial processes and the sale of ecologically rich land (at reduced prices) to multinational companies. More info at www.nattura.info."