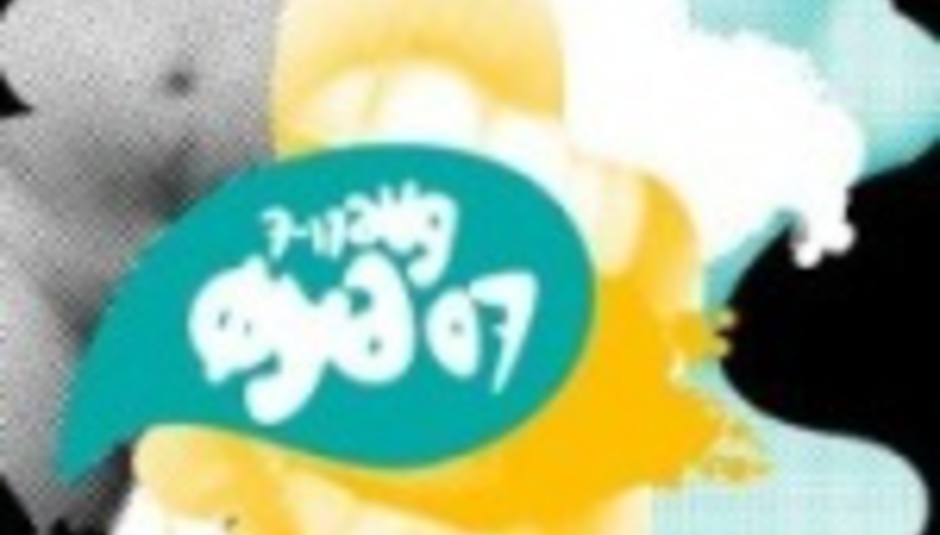 It’s hard to write this without dredging up useless memories of Monday morning primary school, writing about your weekend at Granny’s. Anyway, in a rush today, can hear the music on the wind through my window.

So, yesterday… we swanned off to an island on the Oslo fjord for another schmoozefest. Tom had to do a speed-meet thing with loads of industry types. The poor lad looked terrified but he emerged chastened clutching a fistful of CDs after about half an hour, so he must’ve said something right… The British v Scandinavian press five-a-side finished locked at 1-1 thanks to the free beer and fierce sun. Tom played a solid 7, though his performance was clearly restrained by plimsoles and skinny jeans. A few (fool)hardy souls dipped their pasty parts in the freezing cold fjord, but not I. Nope. Our hosts are as cordial as ever, taking their hospitality to baroque new heights of attention to detail.

Anyway… enough of the smuggery. Back to the festival. In short, it was something of a mixed bag. Firmly entrenched in the ‘good’ camp were Canadian rockers Malajube, a punchier brew than expected, a pumping set from Justice and some expectation-levelling (on this hack’s part, at least) noise from Tool, who drew hundreds of non-paying punters content with ogling them from an overpass just outside the festival site. Less good were a Homme-less Eagles Of Death Metal, who sounded every inch the average barroom rock band, complete with weasel-faced frontman professing his love of the ladies ad nauseam… seriously, guys, we know it’s a kind of casual semi-irony but in a cloudless field at 1700 hours it’s irritating beyond belief. Stripped of Homme they may have been, but the retro machismo/camp-misogyny remained.

Spurred on by this, in a moment of realisation, it becomes apparent why some Scandinavian girls are freakishly beautiful… it’s their shining blue eyes, which pierce and enchant in equal measures. Though not in a million years, sunshine; we spend the early evening picking up pint glasses (50 returned @ 10kr = 1 pint = yumm) and ambling half-drunk and sunburnt from band to band. The pint recycling seems like a good idea, and for some reason the sight of scores of kids scouting about with teetering pipes of pint cups slung over their shoulders brings to mind Orwell’s 1984 - you know, where you have a law that’s policeable by plebs and it’s the kids who are its most zealous enforcers (note to self: don’t trust children). CocoRosie vex DiS beyond rationalisation - might have to get to grips with that one later - and Gogol Bordello are just plain daft.

The afternoon’s freebies brought a heady sense of euphoria to all. But when the free beer runs out wallets get empty, tongues get dry and memories get barbed. Having seen perhaps two of the biggest ‘alternative’ bands in the world in 24 hours, I can’t understand the appeal. Yesterday Nine Inch Nails weren’t awful as such, just middle-aged men with their adolescences set to loop. And today Tool were just unnecessarily complicated, a bloated corpse of a band. Credit to the festival though: both light shows were fantastic; retina-shattering stuff. But there’s something pyrrhic about lasers under a cloudy sky, meandering ten minute songs with focusing or drive. Argh. All I’m saying is sometimes the road not taken is not taken for a reason…

From this point on, Al is a mess. The hotel beckoned for duty free gin and Lily’s ‘LDN’ on repeat. But the horror! The horror! We run out of mixer before we run out of gin. Neat. More neat mixers follow at the Ed Banger Records afterparty, on the roof of the tallest building in town. After a bit of guestlist charades we smuggle ourselves in and ride the elevator to the 15th floor. There’s much fraternizing in the toilets; they’re seemingly very liberal people, all too happy to share toilet stalls with one another… but I regale in disgust. There’s no point in adding to the ranks of walking clichés tonight. The music is terrible generic retro, so we self-exile ourselves outside to look over Oslo. A few incredibly expensive drinks with minor-indie celebrities and assorted industry do-gooders later and we’re fixated with the middling distances, where the starry sky meets the sea, the city the pines, the light with the dark... By 4am the elevator is more fucked than us, and as we stumble down the giant spiralling staircase away from an epiphany hits me; we’re lucky lads, really.

Al falls asleep, fully-clothed, half on his bed. I dream of tomorrow and Lily…

This just in: Lily Allen’s cancelled. The excuse? She’s in America. One more reason for world-citizenship. We’re feeling rather peeved (rather… Tom is distraught), what with W(h)ino having pulled her usual no-show yesterday. The festival is looking sadly bereft of pop nourishment. Tool don’t taste very nice, y’see.

DiS in Norway is Alex Denney and Tom King. They don't know we're sleeping with their wives.