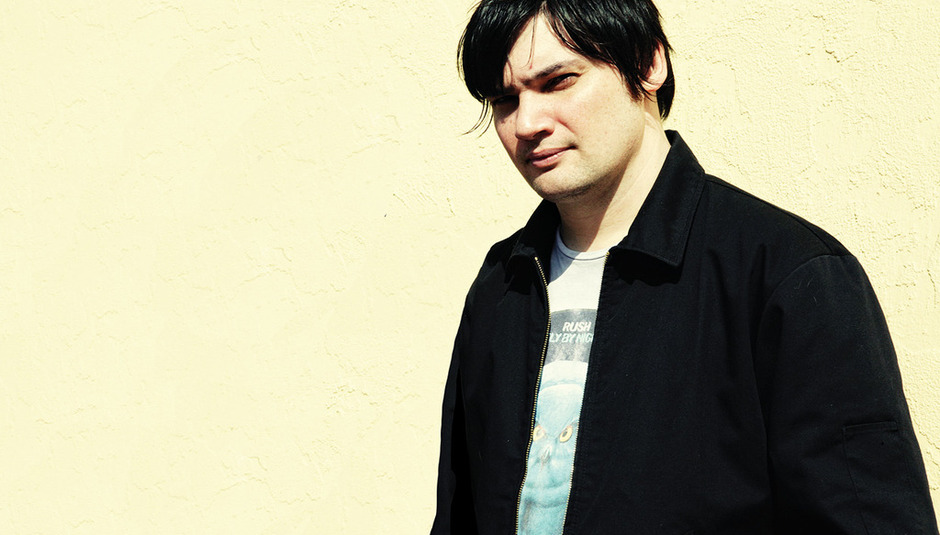 Trail Of Dead: no plans, no restrictions... no sixth album?

Trail Of Dead: no plans, no restrictions... no sixth album?

Texas-spawned trailblazers of fiery rock ‘n’ soul …And You Will Know Us By The Trail Of Dead have been demolishing stages and popping eardrums since the mid 1990s. Since their initial formation – core members Conrad Keely and Jason Reece first formed a band in 1993 – the band has released five long-play records and two EPs; they’ve also seen members come and go, and currently Reece and Keely are joined by Kevin Allen, Danny Wood and Doni Schroader.

The band’s latest album So Divided was released in November via Interscope; much like its immediate predecessor, 2005’s Worlds Apart, the record split fans old and new, and critics either lavished praise upon its pop sensibilities (The New York Times) or derided its makers for failing to focus on the traits that initially made them such an exciting proposition, especially live (Mojo). Although stripped of much of the fire and brimstone that characterised Trail Of Dead’s first two albums, a self-titled affair and Madonna, So Divided rewards repeat plays rather better than certain critiques have implied.

While the band’s masterpiece – and this is a personal preference only – remains 2002’s faultless Source Tags & Codes, which neatly melded the two worlds of startling aggression and polished grandeur, So Divided is easily recognisable as a continuation of the group’s journey away from their raw punk-rock roots. It’s a mature record, but that ‘m’ word needn’t always be associated with dullness, as dull is something that Trail Of Dead will never be so long as its helmsmen continue to rally against musical mediocrity in all its forms.

DiS fired some questions the way of Trail Of Dead songwriter Keely and he was kind enough to reply with the below answers.

First thing's first: So Divided, title-wise... is that a reference to physical separation or divisions of attitude and/or opinions? I've read that Jason and yourself are now living in separate States - is this a significant influence on the record's title, and music, or is it also a comment on the reception your last long-player received? OR, is the title's ambiguity what makes it special?

The title is actually an afterthought, decided upon once the record is basically finished. For me its main importance is how it's going to look on the cover. The others thought that So Divided was a good-sounding title (I was pushing for Stand in Silence), and it wasn't until after we agreed upon it that I thought about how it might be interpreted, but even then I thought it applied more to how we as a band felt divided from other current bands, rather than us feeling divided from one another internally. I also thought it described how I felt about popular culture in general recently - that it is fragmented and there is no consensus among people's general taste in music, seemingly now more than ever.

You're a well travelled individual - both in your music career and life before it, what with moving from Ireland to Hawaii and then to Texas - and there are certain songs on So Divided that seem to document travelling, and the detachment from regular day-to-day existence ('Wasted State Of Mind' I guess is the example that springs to mind first). Is So Divided inspired by your travels, and the hiring and firing of temporary friends and their loyalties along the way? There seem to be occasional references to faces that fade in and out of significance as you travel from A to B, physically or otherwise.

I started travelling at six-weeks-old, when my parents moved from England to Thailand, and I feel I haven't stopped moving since. Travelling is usually my favourite part about touring. The thing about our recent tours I feel frustrated by is the lack of any NEW travelling. We're basically revisiting places we've been several times, and not exploring new territory. It would make touring a lot more thrilling to be going to Mexico (which we live right next to and have never been to), South East Asia, India, Africa, etc., and not just revisiting Atlanta, GA and Manchester, UK over and over again. But it's one of those things you feel silly complaining about, knowing full well there are millions of people who've never had the opportunity to leave the town they were born in, let alone stroll around Manchester and Atlanta.

Stylistically, So Divided seems wildly disparate - songs veer toward stoner-rock territories one minute and Americana the next. Is this a product of a freer, looser approach to writing and recording - the last album seemed a lot more focused, concentrated upon a cohesive flow - or are some of the songs on So Divided perhaps a little older than we might think, included so as to commit them to tape and move along?

I think in direct reaction to the fact that we were so deliberate and so methodical with Worlds Apart, we decided to use an opposite attitude towards So Divided. We had no plan, and placed no restrictions on the writing. That was probably a really bad idea, but we did it anyway.

Do you find it difficult to not react to critical responses to your albums? Over the course of your career summaries have varied in praise greatly - Pitchfork, famously (?), was unmoved by Worlds Apart yet fawned over Source Tags..., whereas others (me, anyway) loved Worlds Apart - so are you able to take each review as a standalone opinion? Or, do you think music critics suffer from a domino effect - one person reads one review before writing theirs, which duly informs theirs, and so on...

I try to think as little as possible about the opinions of the press, because when you listen to a record from twenty years ago, do you read the reviews first? No, you listen to the music and rarely think twice about what the press said about it back in the day. In fact, the only reviews that survive time are those remembered for being really bad reviews of really great music. The professor of music Robert Greenburg said one of my favourite things on the subject: that the only way for a critic to go down in history is to say the wrong things about the right people. I mean, don't you love reading those reviews in Elizabethan-era papers slamming Shakespeare?

You recently told Pitchfork that a while ago you felt you were one of the best live bands around - certainly your reputation in the UK was primarily founded upon your performances (a tossed cymbal damn near almost sliced me in half in Manchester once). How do you feel about your live show now? Has losing some of the aggression affected your audience? Did it bother you, a few years ago, that certain features (again, mostly here) concentrated upon smashed equipment and sweaty faces rather than the music those faces were responsible for? I recall an article laid out over blood-splattered pages (in Select, I think... anyway)...

Well, we're not entirely tame now, so I don't think that much has been lost. I am thirty now, so I'm not diving off barriers and bruising my shins as much as I used to for fear of doing permanent damage. And I watch bands like the Blood Brothers with envy for being young enough to do so. But I think down inside my attention has shifted away from live performance. I'm awkward and self-conscious in front of a crowd, and feel more comfortable behind a recording console watching automated faders going up and down. I realize this, and hope that I can devote more time to recording than performing in the future.

Beyond So Divided - are you already thinking about the next album, your sixth? I recently interviewed Mercury Rev and noted that every three albums they've put something out that's left fans puzzled, underwhelmed even - do you think that you might work in the opposite way, and that a sixth long-player will echo the third in attracting many a plaudit? Or is it simply wrong to think in such a way?

Well, working on the assumption that we're allowed to make another record, I don't have any intention of repeating the experience of the last two. Yes I do have ideas for it, but I want to keep them under wraps because I don't want to make anyone else angrier.

Finally, what are your plans, immediately? Is there to be a UK tour anytime soon? How have you found touring with Blood Brothers (a favourite band of mine)? Will album number six emerge sooner rather than later - Worlds Apart was released in 2005, So Divided this year, so a 2007 release date...?

Right now my only plan is to try finding a place to live in the Lower East Side of Manhattan. If I can do that, I have a feeling I can do anything I set my mind to.

…And You Will Know Us By The Trail Of Dead’s fifth studio album, So Divided, is out now on Interscope. Listen to the band at their MySpace page.