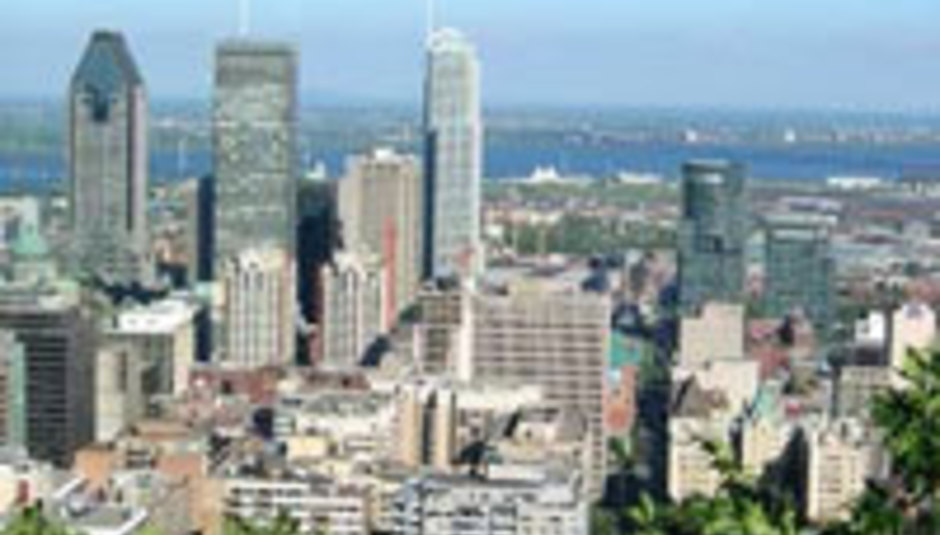 DiS in Montréal: M for Magnificent

DiS in Montréal: M for Magnificent

For a city so revered and adored by anyone who has visited, touching down at Montréal's Trudeau International Airport is somewhat unassuming. Little did I know, of course, that the surroundings and seemingly freshly built (or certainly well-maintained) modern surroundings of the transatlantic terminal would give way to a city that encompasses the grand, exuberant statements of North American capitalism, alongside the cultural influence and history of western Europe.

Taking residence in my hotel room, twenty stories aloft the city skyline, I'm met with the neon lights of the skyscrapers and the rustic charm of domed roofs. All this and I've yet to investigate the music. Splendid.

I'm here for M for Montréal. It's Canada's latest music industry event and throughout a day, we enjoy industry panels, a fantastic two-venue live showcase and, of course, delicious beer. The showcase is where DiS flourishes - we're on an international mission to return to the UK with the best new bands from around the world - and tonight, seven of Quebec's finest are assembled for us to dissect, enjoy and adore.

The three to DiScover:

The Besnard Lakes
link
A great headstart for my interest in any band is a good label and The Besnard Lakes are in great company being on Jagjaguwar and making good friends with the likes of local girl Melissa Auf der Maur. The Besnard Lakes play a stunningly beautiful line in post-shoegaze epic rock. With all the thick textural glory of My Bloody Valentine, laced with a Tim Buckley-esque skywardly-facing howl, these are love songs that are as moving as they are ear-shatteringly intense.

Patrick Watson
link
Continuing the falsetto-led aisle of the song supermarket, Montréal's Patrick Watson and his band are just really, really, stupidly good. One of those people that has an enviable star quality, the sort of special talent one is born with, rather than having it thrust upon them. As each delicate song unfolds into a chorus of immeasurable proportions, it becomes clear why 12 Tonár in Iceland flew him there for the Airwaves Festival this year and how's he managed to build something of an adoring cult fanbase throughout his home city. One to watch? That's not even the half of it. His album's available now on import.

The Lovely Feathers
link
Easily the most 'accessible' of DiS' three tips from Montréal, but don't read that a sleight on their multi-layered soundgasms. Coming off like a meld of our beloved Youthmovies circle-jerking with Razorlight's undeniable pop hooks and the playful melody of Belle & Sebastian, The Lovely Feathers could quite easily become the biggest alternative pop band in the world. They've presence, looks and on tonight's appearance, come replete with a keyboardist sporting sparkly hot pants. Shove that all in a ever-so-slightly ramshackle melting pot and you've got The Lovely Feathers. They really are quite lovely...

The best of the rest
each artist is linked
We weren't confined to the single night's showcase. Venturing out for our first night's entertainment, a lovely bar played host to no fewer than two local bands who were nothing short of splendid. Fans of danceable pop and boy/girl dynamics will salivate greatly over Creature; 65daysofstatic meets The Pet Shop boys and comes out fighting when we meet Uberko; back at the showcase, we enjoy the haunting songwriting and voice of Taima.
The night ends with the indescribable live joy of DJ Champion. Conducting six guitarist whilst manning a laptop laced with beats and bass, it's hard to imagine a live performance any more enthralling. When eventually joined by incredible vocals, it all makes incredible electronic jagged guitar sense. Incredible stuff.

M for Montréal was a one-stop catalogue of the best up-and-coming music in Quebec and I left with new favourite bands, a love for a new city and with my heart still lodged somewhere between the city-lookout at Mont-Royal and the Ben & Jerry's café. Montréal will do that to you, Montréal and its beautiful inhabitants will do that to you, but the city alone will suck you in and beg you to stay. My advice? Let it - you'll never look back.