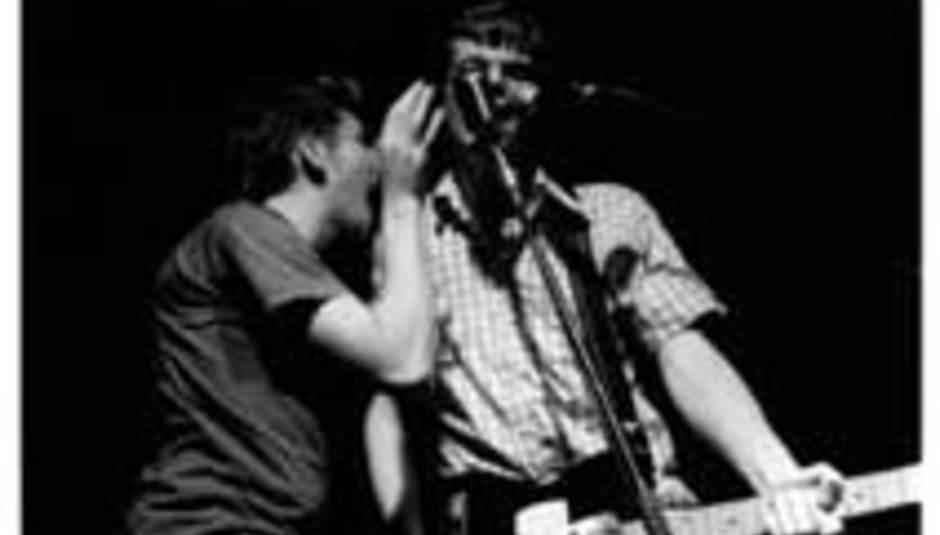 Cut And Paste - May days and indie raves...

Cut And Paste - May days and indie raves...

by Mike Diver May 10th, 2005
Cut And Paste in your face in the place… safe. Or something. Anyway… Cut And Paste moves into the sunny days of May (Saturday, 21st) with a quite fantastic triumvirate of titillating musical treats for you to tear into. Regard…

Jason And The Astronauts (pictured)
All the way from Tunbridge Wells! Throbbing basslines and spiky riffs replete with the sort of insane barking commonly associated with the most frenetic of punk exports from the US-of-A. You will dance, though your ears will beg for a little balm to soothe the bleeding after all of a couple o’ songs. Perhaps. Think Q And Not U with their edges somewhat ruffled, or Fugazi with a penchant for Moog pulses. Nice.
DiS said: “JatA are one of those bastard awkward outfits that genuinely defy simple categorisation. Perhaps they've made a conscious decision to avoid too many comparisons with the Brooklyn-based dance-punk elite? Maybe they were just born different from the rest of the whatever-punk/post-something pack? Ultimately, who cares? This is great stuff regardless of the inevitable where-to-rack-it head scratching.”

Charlottefield
Blasting out of Brighton dribbling punker-than-thou bile! All DC-styled hardcore riffs and shout SHOUT vocals. With numerous small-label releases under their belts, Charlottefield are a band to be taken deadly seriously. Believe.
DiS said: “When all eyes, and ears, are glued to all things post-hardcore, what better time is there for true underground punk rock heroes to emerge? Welcome Charlottefield; wave goodbye to your false idols.”

Plus the usual DJ ‘action’ from Silver Rocket, Noisestar and, um, me. Expect out-of-the-ordinary indie, splattered spunk-pop-rock and punk-a funk-a dance malarkey alongside stupidly fun pop records and insane grindcore nonsense. A list of bands played, plus details of how to get in CHEAP, can be found at the website, link at the bottom of article.

What Cut And Paste
When 8pm ‘til 2am, Saturday May 21st
Where The Buffalo Bar, next to Highbury and Islington Tube
How Much? Between £3 and £5 (check the website)
Why ‘Cos it’s fun, innit.