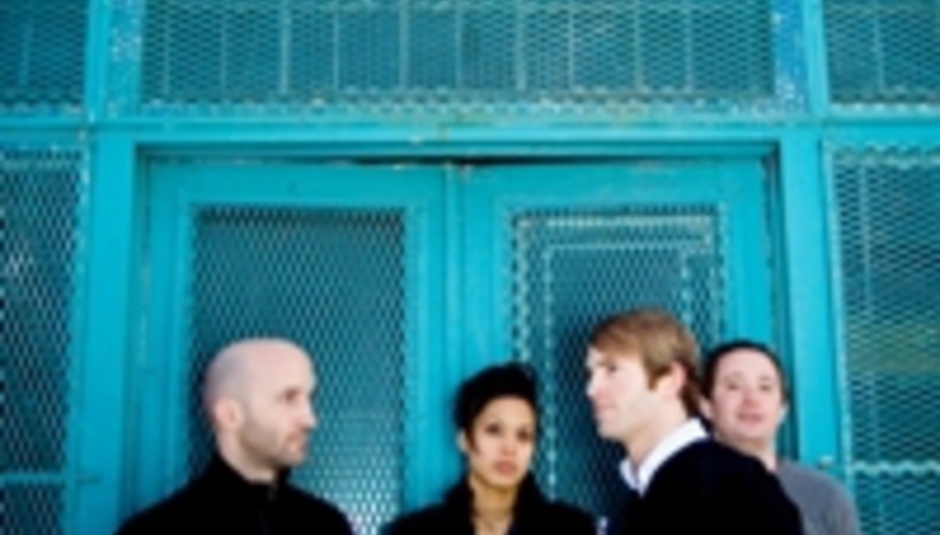 Snowden are a rare breed of indie-rock band, the sort that creeps slowly into your system, their songs gradually filling the creases of your brain and the cells in your blood. There’s little to no fanfare about Anti-Anti, their debut album – its release at the tail end of August wasn’t met by streaming accolades and purple prose proclaiming the four-piece as The Next Big Thing. But it’s a debut that really deserves widespread attention, so catchy and meticulously crafted are the songs it houses.

The Atlanta-based band began as the bedroom project of singer and guitarist Jordan Jeffares, but has since grown, welcoming Chandler Rentz (drums), Corinne Lee (bass) and David Payne to the Snowden fold. Although they’ve attracted enviable comparisons to a wealth of renowned names – Interpol, Editors, Spacemen 3, The Cure – there’s a lot more to Snowden than what immediately meets the ear. Accessible though the songs are, there’s a darkness in Jeffares' lyricism that allows the band to, rather contradictorily, shine. You can dance to their pulsating rhythms, but try not to splash the blood on the floor up and over your ankles.

DiS sent a few questions the way of Jeffares just prior to the release of Anti-Anti, the review of which can be found here.

One of the press release quotes that accompanies your Anti-Anti album reads, “Finally, a label has discovered how awesome this band is”. Was the process from the band’s formation to the eventual signing with Jade Tree a long one, then? Just how long as Snowden existed, in one form or another? It began in a bedroom, no…?
I’ve been writing music since I was 17 but it wasn’t worth a damn until I was 22. That was 2003, my senior year of college when I became a bit of a recluse and I wrote the first Snowden songs. We played our first show the summer of 2003.

What led you to Jade Tree? Did the label approach you? Was Anti-Anti already completed prior to signing? Did any other labels express an interest? Did you look for labels overseas at all?
A friend of a friend of a small label here in Atlanta tipped off Jade Tree and they told us they liked the demos and wanted to see us live. We flew one of them down and set up a last-minute show. We were tired of waiting for a label to ‘just happen’. The talks with Jade Tree took longer than expected, so I went into the studio with the intent of making Anti-Anti whether or not the deal was inked. The record was actually completed before the deal was signed, though.
At that time we were looking for labels everywhere. I didn’t want to release the record without a label. That equals throwing your release away for most bands. We probably still couldn’t get a demo listened to at Matador or Sub Pop even now, though. It’s impossible to get heard by our dream labels. People don’t realise how lazy labels are when it comes to discovering music.

What role did blogs play in your rise to this level – i.e. overseas recognition and an upcoming release on a respected indie. Is the internet a bigger player than ever in the make-or-break cycle of building bands up and/or knocking them down?
We have relied heavily on the internet from day one. In the beginning, we gave away the first EP and a couple of big New York blogs started talking about us and we started to pick up steam. Most print media has always been a slave to high profile/big money labels and publicists. Blogs survive on being the first to break bands. They have no wait time. When they see something they like, it goes up and 10,000 people download a track. It’s less schmoozing amongst incestuous media types and more of people posting music they dig and not worrying about if the band is ‘hot’ and will help sell ads.

Semi-related, do you actually pay attention to press about the band, either critical or otherwise? If so, will you be keeping an eye on the reviews that come in for Anti-Anti? Do you have any particular hopes/expectations for the album’s performance/reception? Will negative press bother you particularly?
I try not to read reviews and press. I’m afraid that I will try to alter the music or compromise my ideas if I know what people are saying. Of course I hope that people will like it. I don’t make the music to exist in a vacuum. I’ve never understood the point of negative press, though. Why waste the space on crap when you could be exposing music you love?

What kind of comparisons has the band attracted, and do you consider them to be favourable? “Anglo-friendly” is another quote from the press release – do you think British-born music has informed your music more than American rock and roll?
From what I’ve gathered people aren’t dropping a lot of references when they talk about us. I think what the Anglo thing implies is that the music is a bit moody and mature. There’s no sexy carefree swagger on this album like you would expect from classic American rock, I suppose.

Do you hear any singles on Anti-Anti? I’ve been telling anyone that’ll listen that there are a good half-dozen singles on the record, songs that could, conceivably, pick up decent radio coverage. I’m aware that there’s a very limited singles market in the States, but would you/Jade Tree look to release digital one-offs at all?
I too think that there are multiple singles on the album. I hate the concept of this album resting on a song or two. The album has too many faces to be represented in just one song. We would definitely consider digital one-offs.

The bands you’ve previously played with are an obvious talking point: each is wholly different from the other, it seems (Xiu Xiu and Arcade Fire = notatallthesame!). Do you see/hear yourself as a band that can slip easily onto many a bill?
I think our music is all over the place. We have almost a whole album’s worth of slow songs that we could play with softer acts. A lot of the acts we’ve shared the stage with are really just playing small clubs, trying to bring in crowds for budding artists. All of the big acts we’ve opened for were just starting to grow when our people in Atlanta put us on those bills.

Do you hear any echo of shoegaze in your music? It’s been suggested, but I don’t really hear it…
That’s just how people talk about the atmosphere, the multiple layers, the reverb. All of that is essential to our sound.

Finally, are there any UK dates on the horizon?
We are doing three weeks in England from November 11th to the 30th. We are beyond excited.

As soon as Snowden’s UK dates arrive in DiS’s lap, we’ll post them here. Snowden's website can be found here, and their MySpace is here.