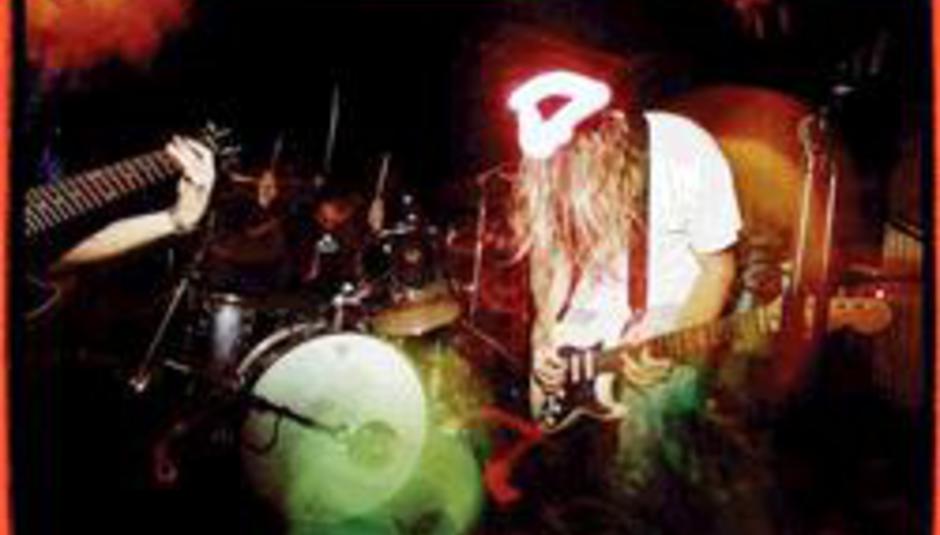 Commercial rock music – the stuff that pollutes breakfast show and drive time radio – is stale and devoid of substance. You know this, which is why you’re reading part one of what’ll hopefully run ‘til the end of the year. These interviews are intended to highlight the rock bands in Britain that you need to hear, now. Bands that are doing something vital, albeit just below the radar. Bands that will quite literally set fire to these ears in 2005. Call me indier-than-thou if you must, but the bands that’ll feature in this series of interviews are better than your average. So much better. Every second of what they create possesses more feeling, spirit, invention and soul than an hour of MTV2-friendly ‘alternatives’. Listen to them, and hear how passion can successfully manifest itself in music. So, without further ado, part one…

Todd aren’t your average rock ‘n’ roll group. Fronted by a man called Craig, the band features family and friends alike. See ‘em in the street and they’re just a bunch of mates: cheery and as far removed from your stereotypical rockers as one could ever imagine. However polite their internal politics may be though, their music is something entirely different. It’s savage, ragged, and raw. Vocalist Craig Clouse turns from mild-mannered gentleman offstage to a raging psycho on it. If rock bands had teeth, Todd’s would be the sharpest, and Clouse would be the rabid head of the pack. DiS gets bitten by Todd’s chief screamer…

So, Craig… how’d Todd come to be? You’re not all from the UK…
We met somewhere between the xiphisternal joint and the fifth lumbar vertebrae. Debbie and Axe and from London; Fifi and I, from Texas.

First up, the live performance: some might say unhinged, others furiously intense. Me, I just fuckin’ love it. You guys do seem to enter a ‘zone’ of sorts… do you agree? Every instrument must fear for its life…
It’s not just about ‘destroy this instrument’ – Axe thinks about snakes when he’s drumming, and for me it’s just an excuse to yell at total strangers.
We do enter a zone. I guess it has something to do with the loud music and adrenaline. It’s pretty overwhelming, but fantastic. Also, it’s about engaging the audience, and making some kind of connection. I know that’s a cliché, but it’s true.
It’s not always glorious, though: sometimes I feel embarrassed about standing on a stage. I suppose that’s easy to cover up by going mental, but 99 per cent of the time it’s a moment where we can all drop our inhibitions and just let it rip. It’s a beautiful thing, baby.

Your debut album for Southern, Purity Pledge, was met with an amazing critical response. I don’t think I read a single negative review. Did this surprise you at all, considering that it really is music that simply doesn’t compromise? Every song is pushed to its extreme. Are people generally more accepting of bands that don’t fuck about; bands that give it 100 per cent and don’t pull any punches?
I fucking hope that people are craving music that makes no compromises! We’ve been really happy with the response, but we are still very much an underground band, and not very well known. Actually, that’s not true: we’re doing really well in Austria at the moment. Which is nice.

How does the marriage work within the band (Craig is married to keyboard player Fifi)? Does it help maintain the group spirit, or does it pose unique problems?
We have really busy family and working lives. The limited time we have with Todd is very important – just organising childcare for a rehearsal is like a military operation! So when we do rehearse or play shows or tour we put everything into it. We don’t have time to slack. As difficult as it is to balance family and work lives with Todd, I think it works better for us because we are totally focused.

Anyone would think that you listened to nothing but the dirtiest hardcore, based on the sound of Purity Pledge, but I’ve s suspicion that’s probably not correct. Do you guys ever, well, ‘chill’ to music at all?
I do listen to a lot of really nasty music at home. I like my metal and my noise rock and hardcore, but I also listen to Radio 3 a lot of the time. For relaxing, I like Stars Of The Lid, Krautrock stuff like Cluster, and I’m also into guitar music from people like Jack Rose and Derek Bailey.

So, any chance the follow-up to Purity Pledge will be a little mellower?
We won’t be mellowing. I want the next record to be way more harsh, and less poppy.

Since this article’s all about 2005 an’ all, what plans do you have? Any upcoming releases or tours that readers should be aware of?
We just finished a two-week tour of Europe. We’re playing in London with the Coachwhips in March and The Fucking Champs in April, I think. In May we’re going back to Europe for two more weeks of touring, and then we’ll play a Southern Records showcase gig in Germany a week later. In June, we’re playing at a festival in Vienna with Fantomas, Merzbow, Acid Mothers Temple and many more, which is going to RULE. Purity Pledge gets a US release in April, so hopefully we’ll go to the States sometime later in the year.
We have a 7” coming out on the mighty Riot Season label in Spring, and between all of this we’ll be writing and rehearsing stuff for the next Southern LP. I’ll also be really busy with my other band, Shit And Shine, which features members of Todd (and Joeyfat, at the moment). Shit And Shine have a record coming out through Southern in the Spring.
We’re playing The Spitz on March 25, the Scala on April 17, and in June we’ll be doing more shows. In August we’re playing a festival with The Boredoms and Super Furry Animals.

Finally, what bands would you recommend to readers? Bands that are doing something special, something different, in the UK right now…
Lords are genius, I’ve never seen a band like ‘em. They are total fretboard wizards, but they play down their abilities. They’re lovely guys and very non rock ‘n’ roll. LORDS
Part Chimp are our comrades. I think they’re about to become famous – have you heard the new stuff? Tim’s got the X-factor; he’s born to be a star! HAAA HAAAA! PART CHIMP
Geisha are from Bristol and were AMAZING when they opened for us. I could have shat myself. I was very worried about playing after them, but they made us work harder and I think we pulled through in the end. Their songs are epic, and really beautifully constructed. Tony is a genius. I’m looking forward to playing with them again. GEISHA (not band’s individual website)
Bender play the most depressing music you’ll ever hear. If you see them live don’t talk, just LISTEN. (Bender play a free show at The Spitz in London, 20 February 2005. No, I can’t find a website.).
Country Teasers, fuck yes. They are just soooo fucking brilliant. They deserve more attention in this country but I don’t think they give a fuck. They have always been above the ‘scene’. They are gods. I hope Todd can play with them sometime. COUNTRY TEASERS
La Momo are from Brighton, and kind of sound like a mix between Neu and the Shop Assistants. Super nice people… (Find your own website, you lazy beggars…)
And I have to mention Anaal Nathrakh from Birmingham. The most evil, fucked-up metal on the planet. They have been a big inspiration. ANAAL NATHRAKH

Check Todd out on the Southern site.