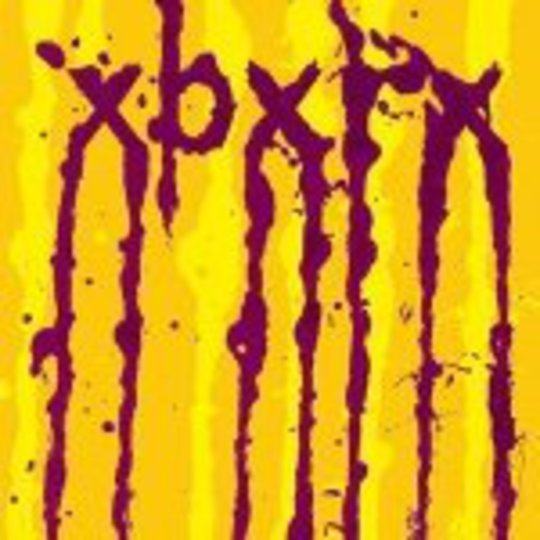 Last seen by DiS through a fog of sweat and beer at London’s Luminaire, Oakland punk-rockers with designs on conceptual grandiosity xbxrx, or XBXRX if you prefer (I don’t), follow up their 2005 LP Sixth In Sixes with an equally acerbic record of blunderbuss drum beats and finger-shredding riffs. Wars is, apparently, the sound of a band in a state of constant struggle, so says the accompanying press release; later, it mentions singer Vince Cooler’s “inimitable charisma”. It’d all be over-egged PR spiel worthy of prompt dismissal if it weren’t for the by-line: Greg Saunier.

That Deerhoof’s master drummer is a fan of xbxrx should tell you something: this is a band much-revered within the world of musicians, who recognise that they are trying something different within the relatively narrow confines of the hardcore genre. To the average, buy-an-album-a-week-from-Virgin sort – or my dad – they’ll just be pigeonholed as a bundle of furious noise, as men playing at being kids through massive amplifiers and throwing fits because still nobody is listening. But this isn’t noise for noise’s sake: xbxrx are a band with a plan, like Refused long before them and many in the grey area between the two. Politics, art, love, hate: everything collides to the sound of electric guitars abused to within seconds of splintering into shrapnel.

Uncompromising yet strangely more accessible than its immediate predecessor, Wars is, despite its many positives, unlikely to win this band of avant-garde crusaders any further fans – it is still impenetrable for those without a stomach for such sonic tumultuousness. But with songs like ‘Centre Where Sight’, the album’s opener, and the whirlwind of ‘Towers Of Silence’, there’s proof here that the band’s evolution is for the positive. There’s nothing retrogressive about xbxrx’s brand of hardcore, and however maligned so many exponents of the craft rightfully are it’s unlikely critics with a little patience will find negatives at their review-writing fingertips following the third time around Wars.