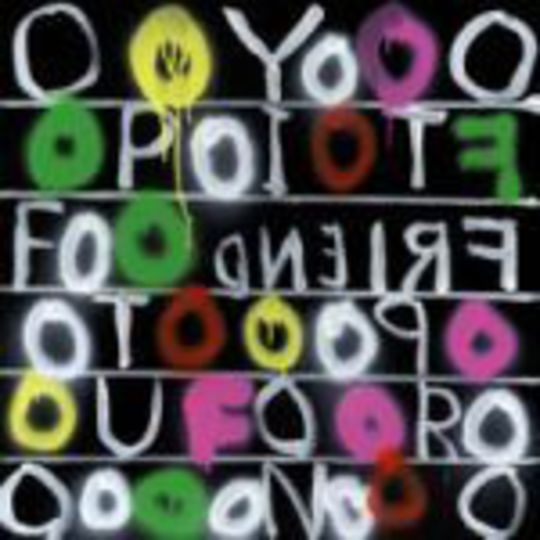 Deerhoof are the pampered toddler of alternative music. Roaming naked in a dribble-soaked bib, they affectionately pick up influences only to discard them moments later, as their attention switches focus: a nuisance for some, endearing to others. However, though still as good as incomprehensible, this fickle child, nine records in, is starting to grow up.

Although pop music has always clearly been a huge influence on Deerhoof, it is usually embedded by their habit of mangling tracks with tangled experimentalism. Friend Opportunity, though not strolling too far from unfamiliar ground, is the closest thing to a pop record they have produced. At ten tracks long, this is far more constrained and digestible that its 20-track predecessor, The Runners Four.

As with absurdist artist David Shrigley, who designed the 12 various cover sleeves that accompany the record, Deerhoof are an acquired taste. This opinion is no more divided than in response to vocalist Satomi Matsuzaki, whose Tokyo-through-San Francisco rasp is either seen as one of charming innocence or a fat-tongued irritation. (For those that fall under the latter then The Natural Dreamers, founded by guitarist Greg Saunier and now-defunct member Chris Cohen, are recommended as essentially an instrumental prototype of Deerhoof.)

The notion of ‘always different, always the same’ pegged to The Fall is apt. In the same way Mark E. Smith provides that definitive Fall sound, Matsuzaki offers an instantly identifiable element to Deerhoof. This is her finest vocal performance yet, never more composed and emotionally embroiled than in ‘Matchbook Seeks Manic’ – Deerhoof have never sounded quite so chart worthy.

Scenic string-laden ‘Whither the Invisible Birds?’, with its lonesome piano and Matsuzaki’s isolated call of “It’s a vicious trap”, indicates that Deerhoof are starting to limit themselves rather than constantly disappearing off on tangents. As a band so full of ideas it seems that they are starting to appreciate that it can sometimes pay to take an idea and run with it. ‘+81’ is a particular testament to this refined approach; an irresistible trumpet-led, military drummed procession sounding something like Yoko Ono with The Strokes as her play thing.

Though ‘Kidz Are So Small’ shows them up as verging on the inane, the restriction they have applied has paid dividends. Though by no means as manic as previous Deerhoof long-players, this is a intriguing record which stands up next to the bewildering excellence of Runners Four. That they have looked to tone themselves down as a means of developing their sound whilst so many other acts try desperately to develop theirs is merely indicative of their backwards brilliance.

Being Deerhoof, nine tracks into nearing a regular ten-track pop record they decide to distort proceedings with 11 minutes of swirling improvised experimentalism. It serves as a timely reminder that they have not quite closed in on convention, and sanity, just yet.