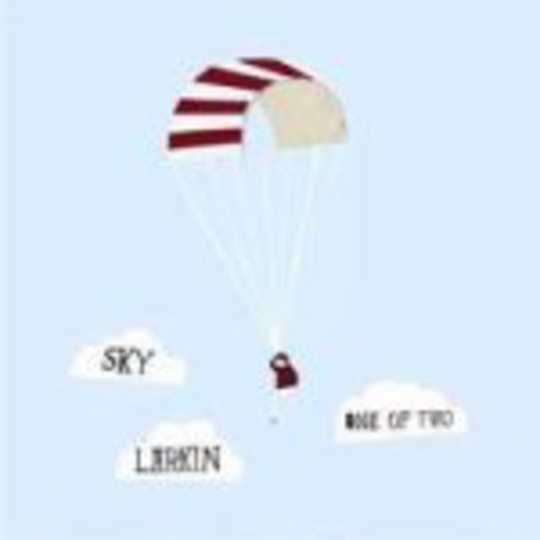 It’s incessant, repetitive and boisterous: perfect pop, then? Almost but not quite.

Sky Larkin, one of DiS’s tips for excellence in the coming year, are another fresh-faced combo straight out of Leeds; their itchy and scratchy debut seven-inch is equal parts punk nonchalance and glittery hook-laden rock ‘n’ pop. ‘One Of Two’ stabs wildly like the equally volatile two-piece Blood Red Shoes (another tip for 2007, there), yet possesses the meaty chops that only a trio can provide. It’s spiky punk-pop, then, with half an idea to develop into something so much more grandiose, something a little broader and more brilliantly textured.

The single’s real selling point is lead vocalist Katie’s strong presence: she demonstrates in just under four minutes that she’s the equal of Howling Bells’ Juanita Stein in terms of smoky seductiveness cloaked in convulsive jerks of aggression. She and her bandmates Nestor and Douglas have already supported the Australians, and on the evidence of ‘One Of Two’ it shouldn’t be too long before they’re as wonderfully acclaimed across the music press.

Almost but nearly, and the nearly is so, so close.

_ Sky Larkin play the monthly DiScover Club at Notting Hill Arts Club, London, on April 14. The show is free and runs from 4pm 'til 8pm. Click here for more details._