Get Your Mood On 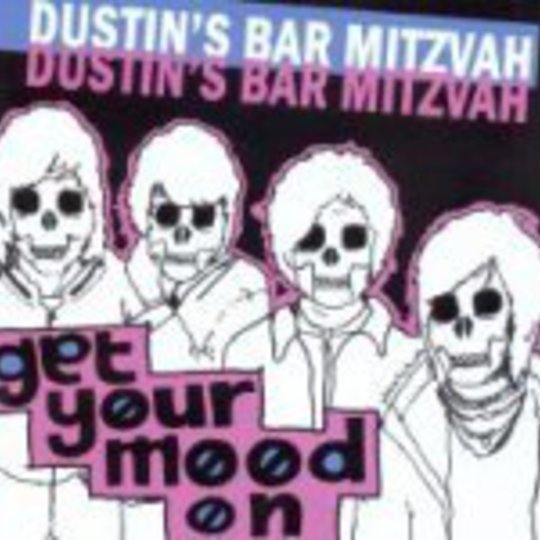 The debut album from the West London four-piece is a gleefully obnoxious, unpretentiously straight-to-the-point effort that has the tunes to match the noise.

Opener ‘Artrocker’ is a fitting introduction, with Television Personalities’ Dan Treacy dropping by to declare DBM “the most horrendous band I’ve stumbled across”, with “songs that dispute the ideas of melody, composition and rhythm and replace them with garbled yelping”. Yet, while the album certainly showcases a band reveling in their uncouth racket, they do themselves a disservice in dismissing themselves so summarily. They band cannot in any way consider themselves original, and there is certainly a lack of variety to Get Your Mood On, but in truth such concerns would just have detracted from the purity of this fantastic record.

Frontman Dave’s vocals are brilliantly appropriate – insolent yet self-deprecating, snarling without a trace of arrogance, and just about tuneful enough to carry the songs without making concession to radio friendliness. And in keeping with the record as a whole, there is absolutely no pretence. The accent and lyrics are quintessentially English – not, of course, the England of cricket whites and Twinings tea, but the real England, where his “mental” love interest “hasn’t had her lunch yet / And I don’t think she’ll eat her tea” and the “fucking crazy” residents of Goldhawk Road “go down to the shops with no shoes on”.

‘Goldhawk Road’ is, in fact, a brilliant example of the sheer quality of tunes on offer – catchy, funny and, as anyone who lives in the area would definitely testify, damn astute. ‘To The Ramones’ is perhaps even better, and works brilliantly as a calling card for the band – “I just want to go home so I can listen to the Ramones / Lie down on my bed, get your voice out of my head”. ‘Catholic Boys’ is excellent, too, setting its stall out early on – “I want to put the fear of God in your heart / Make you read the Bible from the very start” – and eventually self-imploding as the tempo gradually exceeds drummer Toby’s capability.

Not all tracks are of similar quality to the aforementioned, but there’s easily enough to curse the album’s release date for being too late to allow the band a fair crack of the whip in the end-of-year polls. One to use up the Christmas vouchers on in the January sales, I’d say.

DJ Foundation Presents: (Have They Not Heard) God Is Dead / Sunni & Shia