The Best KIDS Christmas Album in the World...Ever Ever Ever!!! 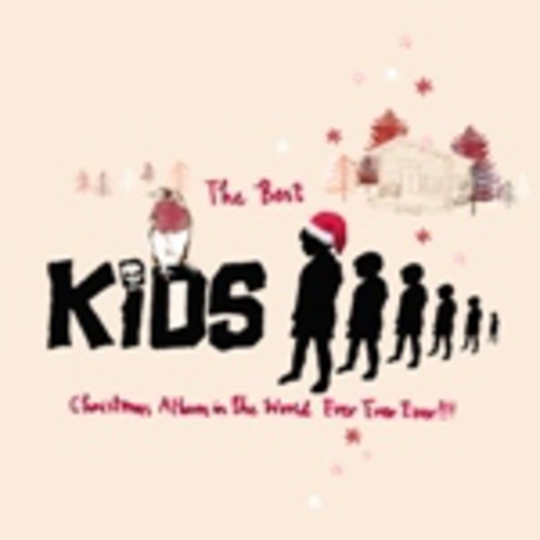 Yes folks, it's that time of year again: every shopping precinct begins to blurt out the old standards, and door-knocking carol singers invade one's privacy, interrupting a night's diet of Hollyoaks and Gordon Ramsey. And, of course, those of you unfortunate enough to work in an office - like me - will be spending the next few weeks avoiding the works Chrimbo party like the plague. Wish it could be Christmas every day? No, sirree, I don't.

But before gasps of "Bah, Humbug" fill the air, let's look at one collection of the traditional, the bad and the downright distasteful. The people at Kids Records have managed to combine the lot under one roof, or rather, on one shiny plastic disc. Thankfully, the 'bad' parts are in short supply.

Although openers Kids Allstarz *(basically the office staff) blast through Slade's _'Merry Xmas Everybody'_, it's probably best avoided, like that eighth mince pie and fourth glass of sherry. It's the less obvious covers, such as *Oppenheimer's sweet reworking of Phil Spector's 'Christmas (Baby Please Come Home)' and Popular Workshop's amazingly shambolic and distinctively lo-fi 'Christmas Wrapping', that do the trick here.

Add It Hugs Back and their own paean to Santa, 'Christmas On The Square', and the Young Playthings' rather... ermm... playful offering 'Whadaya Want For Christmas' and you've a couple of original gems that, whilst celebrating yuletide, remain more in tune with the blissful, relaxation mode of the season rather than smothering yesterday's cold turkey in melted cheese.

Elsewhere, Findlay Brown makes Wham!'s 'Last Christmas' sound heartfelt and elaborate, two things you'd never imagine DrownedinSound saying about a George Michael-penned song, while Sam Elliott's 'Walking In A White Christmas', essentially a combination of Aled Jones' and Bing Crosby's finest moments, is excitingly breezy, if only for inventing a new party game of guess where the next song comes in.

So, is this the best Christmas album in the world ever (times three)? Probably not, and whether you'll still be listening to it in three weeks' time is debatable, but one thing you can guarantee is that come December 2007 this album will be doing the rounds quicker than a nightnurse on the Dialysis ward.

Peter And The Wolf