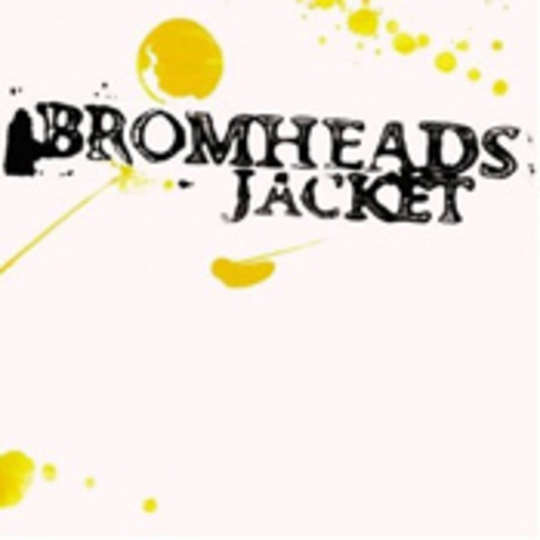 First things first, pop-pickers. When first encountering the name Bromheads Jacket, one would think that the Jacket in question was an actual jacket. Y'know, like in Blink-182's Take Off Your Pants And....

Unfortunately, and to much dismay, it transpires that the Jacket in question is, in fact, a layer of fluff on lead singer Tim Hampton's old pet mouse. Or so is claimed, anyway.

Right, onwards: can somebody please tell them that 'Bromheads' should quite bloody clearly have an apostrophe. How did this get through the net to the point that the band are releasing their debut album and nobody has noticed that their name sounds like something adolescent boys from Bromsgrove do when they first 'buy' a copy of The Sunday Sport? It's possessive, for Harry Evans' sake. Did their schooldays not teach them anything?

And this is from a band who met at university. Although, from this correspondent's experience, basic English is not your regular student's forte.

That's grammar out of the way. What else is there? Oh yeah, the music. It's surprisingly good. And music fans will probably consider the songs more important than the punctuation, so we'll give the Jacket doubt's benefit here.

There is, however, a simian-shaped elephant in the room. Yep, Bromheads sound a lot like Arctic Monkeys. Ker-ching.

There are only so many albums about the life of suburban late-teens sung in colloquial accents that the average punter can take, especially as Original Pirate Material and Whatever You Say I Am... move further into the horizon. So, it'll be interesting to see if Bromheads can take the baton and run with it

For now, run with it they do. Dits From The Commuter Belt has some great moments. 'Poppy Bird', the story of a chap following a girl off the tube to return a book, is fantastic. A little novella of a song that tells a story as eloquently as Mike Skinner could at his peak.

'Fight Music For The Fight' is the tale of that kid we all remember from school: skinny, not too popular, gets to 17 and turns into a steroid-munching colossus. It's also a masterclass in suburban pop story-telling.

It's a bit forced at times, but once you get past the reel of references to things like sovereign rings, Dad's top-shelf films, Harvey Nicks' and Samsung, Dits... is a lot of bloody fun. Suburbia in proelia.