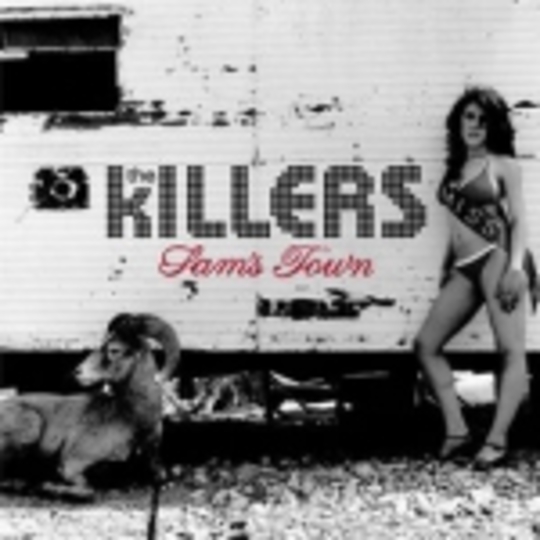 There’s a conspiracy. A wilful negligence of some kind and I can no longer ignore it or pretend that it’s a common, garden-variety mistake. Not for the first time, a major release has eased its way into the office some time after it made a whole lot of difference whether or not we reviewed it; a whole week after a significant number of people have already been prescribed - what music junkies refer to as a bad dose - via predictably gushing reviews from juiced-in rags and psychosis-inducing radio. It’s only after they’ve choked it down and the acid burn has had time to induce a bilious rage that some people realise it wasn’t really the fix they needed.

Suffice to say it’s happened again with The Killers; the lateness, that is. I’d like to think that being the wildcard, untameable mavericks we are, marketing overlords are worried to the extent that they don’t want to risk a million album sales on the whim of a loose reviewer; one liable to trash it as “The godawful Killers album”, as I referred to it as to a close friend, shortly after listening to Sam’s Town right through for the first time. The reality, however, is that we didn’t receive Sam’s Town because whatever we say, or any one else says for that matter, it won’t make a blind bit of difference to the destiny of this release. Even in a climate where music fans’ band loyalty album-to-album is on the wane, this second Killers effort will burn an inevitably hard, straight line to multi-platinum sales.

From the off, The Killers have elbowed their way into that exclusive club occupied by over-earnest fist-clenchers, and set about clawing their way to the pinnacle by drawing influence from every one of them, at the same time. The resulting soup is a dead-cert recipe for sales due to the sheer number of bases covered by this kind of wagon-hopping. Sometimes, however, it is less a kaleidoscopic masterstroke than a spew-flecked tableau like ‘Midnight Show’. It was ‘All These Things’ which really did it, though. A song which played directly into the vocal range of eighty-five per cent of its audience and slow-burned its way into their hearts with the kind of unifying power that has grown men in stadium-sized crowds saluting the stage like grunts in some kind of totalitarian display of strength. I know: I was one of them ferchristsakes.

While The Killers are approaching Sam’s Town from a slightly different angle, talk of a paradigm shift is nonsense. It is very much a progression of Hot Fuss, with more meat and less fluff. If anything, the influences are even more apparent, particularly the bombast of U2 (which I’ve always though is one of The Killers’ most obvious traits). In fact, the ghost of Bono and company hovers over this band like some imminent possession; to the extent that in recruiting U2 collaborators like Flood and Anton Corbjin, it’s quite clearly an obsession. A tacit admission that Flowers is aiming for the stars. But we knew that already; pretentiousness will not be diluted, neither by purchasing a synthesizer nor by effecting metrosexuality.

The oft-levelled Bruce Springsteen influence on Sam’s Town is undeniable, and while musically this may not be particularly evident (other than on ‘The River Is Wild’), Flowers - whilst occasionally straying into the realms of Meatloaf (‘When We Were Young’) - commits admirably to the Boss’s blueprint. It’s in the way he tries to manhandle the vocals, bending them to his will where in the past he has struggled to cope. Indeed, there is still an element of him occasionally being steamrolled by a song, leaving him clinging on, but his knack with melody is undeniable and infectious, and in songs like ‘Why Do I Keep Counting’ and ‘My List’ anthems abound.

Essentially, The Killers still sound like the Killers – a very clever pastiche. But here’s the bit I don’t understand. After an initial revulsion, with each forced listen Sam’s Town increasingly sounds like a tonic. It gets easier on the ears: the initially jagged layers weave themselves together and the hooks start to snag. Bit by bit this album wound me in, to the point where I like it. I really like it.

Taken as a body of work it is certainly more consistent than Hot Fuss. It hangs together more coherently, being less reliant on obvious-single fodder, and is sequenced to encourage repeated playback in its entirety. In the end, whether or not you like Sam’s Town will depend heavily on the degree to which you like, or can tolerate, Flowers’ delivery. It does grate – to my ears at least – but if you can learn to live with it then there is a studied but incredibly rewarding trove of songs to discover.

Having their glare set so single-mindedly on the trophy might ultimately be what topples The Killers. Parody, even honest plagiarism, has a tendency to send acts onto the skids as their trajectory levels out, and whether or not The Killers will topple or join the stalwarts they’ve set their sights on will depend on their ability to make the high-speed leap from this particular kart to one of their own.

The Raconteurs at Academy, Newcastle upon Tyne, Tyne and Wear, Thu 19 Oct