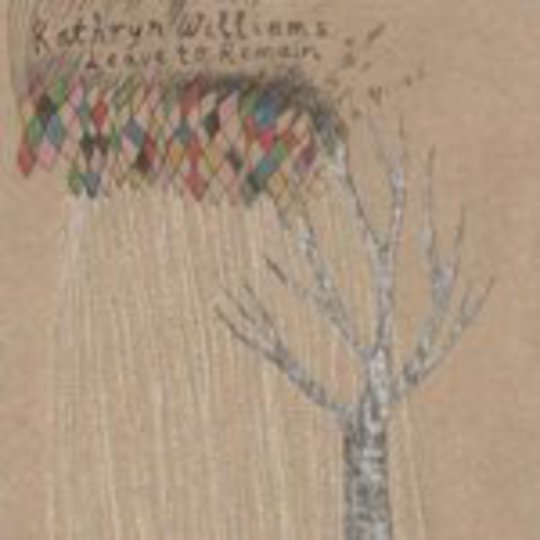 Secretly, what every male indie type desires is a sweet girl with the voice of an angel. Oh, and a musical angel, with a tone as sugary as honey and a sleek guitar style, but one who isn't afraid to call a spade a spade. And seductive swearing, let’s not forget that.

Kathryn Williams has all of these qualities. Her latest long-player, the singer's sixth in total, is a tender collection of soft, emotional ballads mostly comparable to Aimee Mann both in terms of songwriting and delivery, or even a less uptight Fiona Apple. Locked within are also the slightest hints of Regina Spektor, as the long notes ring out over the piano and the recollection of another set of positive memories and philosophies comes to an end.

Piano and acoustic guitar seem to be Williams' weapons of choice, over which she deposits her wisdom (“You don’t need to know people to love them / as long as you don’t want to own them”) and true-love tales, often with little other accompaniment. She's joined throughout the course of the album by a slew of guests wielding Spanish guitar, cello, double bass, pedal steel, bass clarinet, oboe, trumpet, a couple of violins, a viola and more, until songs like 'Sandy L' sound more like a full-band live show from The Eels' _Daisies of the Galaxy _tour then the efforts of a sweet solo artist from Newcastle.

If this all sounds too good to be true, perhaps it is. Despite each song having its own individual touches of greatness, Leave To Remain seems to have only one, slow pace throughout. Most of the time, the strength of the songs are enough to see off the boredom of a one-tempo mire, but there are occasions where things get too similar. Piano-led eighth track 'Hollow' is too close in rhythm, structure and instrumentation to 'When' two tracks prior, and the track between them is similarly piano-based. Williams' hopes of holding your attention lie solely in the strength of her songs and little else, so whilst this slight lack of variation might not sound like a big deal, it really can make a difference.

There's enough creativity and character to get you through anything that could be considered less so, and these good times can often be found with a glint in the eye and a devilish grin, from the seductive call of “it's not a matter of love / let's just make one night feel right” during 'Sustain Pedal' to the rather more blunt recollection of “We’ve been fucking all afternoon / burning like fossil fuel” in 'Glass Bottom Boat'. And all this is coming from someone’s mother.

Leave To Remain is captivating, even if it's not all it could be. But nobody’s perfect.

Orbit Around You / In A Blizzard In A Lighthouse