Don't Listen To The Radio 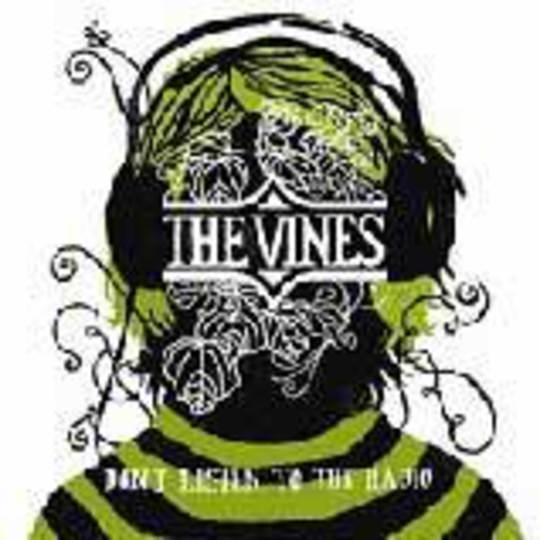 A creaking guitar line segues into handclaps and a lightweight bassline; a couple of beats and Craig Nicholls sounds off on the mic, instructing you to switch off your radios, go outside and hang out with you mates instead, because after all, that's what he'd do. Since this muted, limp-wristed, two-minute slab of nothing is set to go into heavy rotation this month, I'd say it's the best advice you'll get all year.

The beat and the riff are catchy - they go a long way towards drowning out the inane lyrics. But after repeated spins, there are two things dragging this song into the basement. The first of these can be excused - the sparkly, shiny production which almost makes you miss the rough-hewn edges of the band's earlier work. What's absolutely unforgivable is the lack of passion, feeling - anything - that the band brings to the proceedings. It all sounds muted, even by The Vines' standards. It's almost as if this was recorded after Nicholls and the boys went on a 24-hour thorazine bender. Either that, or they really couldn't be bothered.

When you consider the acres of print and hours of airtime that touted this band as a leading light in punk rock back in 2002, while the music press largely ignored the likes of Ikara Colt and Mclusky, it's enough to turn your stomach. But after hearing how detatched and bored they sound, and when you think of how many unsigned bands you've seen recently who've played with more conviction and fire than this, you actually want to start punching something.

Like I said: the best thing you could say about this single is that at least the singer's on target with what you should be doing with your time.

Put A Penny In The Slot