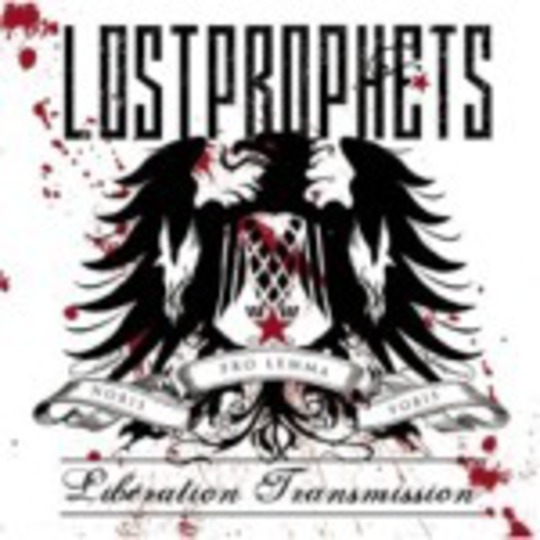 *Lostprophets *are back with new haircuts and a further development to their Glassjaw-lite screamo-pop. Start Something _was a surprise as most were expecting what the band had promised (“the heaviest album ever”), but instead received an unexpected mixture of exquisitely polished emo and syrupy sweet retro-styled guitar pop. _Liberation Transmission, you’ll be pleased to know, sees the Welshmen return in triumphant fashion.

They’ve always been big fans of rallying calls during some ridiculously overblown choruses, as per ‘Burn, Burn’ from their last album and true to form, _‘Everyday Combat’ _kicks things off, signalling their intent from the get go. It’s a fast but glossy call-to-arms anthem with undertones of fighting the odds, replete with Jamie Oliver’s auxiliary vocals as ever peppering the mix.

The newly restyled quintet follows that overproduced crowd pleaser with a decidedly new wave-influenced belter in ‘A Town Called Hypocrisy’. This is not such a surprise when put into the context that this is the band that, in a fully appreciated attempt at cross-Atlantic relations, introduced The Bronx to these shores. Throughout this song you will find yourself waiting for handclaps but sadly, they never come.

_‘The New Transmission’ _sees even more shouted, fist-pumping action around the time of yet another killer chorus but it's spoilt somewhat, by a sub-par imitation of the already sub-par Taking Back Sunday during what I think you will find is the safest middle eight breakdown ever. Yes, it sounds lovely, but where’s the passion? Where’s the oomph? Where’s my goosebumps?

Another frantic ending is blended effortlessly into what seems to be ‘Last Train Home’ Part 2 and, after hitting the Top 10, is most certainly this year’s summer anthem for kids glued to MySpace by their bad fringes. Ian Watkins’ disgraceful emo-baiting antics in _‘Rooftops’ _is absolutely inexcusable.

Watkins never was the hottest lyricist in town but his abstract streams of nonsense almost reach new heights here. Each song seems to be geared around more or less the same theme of battling against the odds or getting over a relationship or being a little bit different from the rest. Where are those emo kids? Why haven’t they bought this album yet? Oh. They have.

Despite the lyrical shortcomings, Lostprophets have crafted a dozen magnificent tunes here. ‘Can’t Stop, Gotta Date With Hate’, like most of the songs on here tempers the lack of all meaning with unbelievably memorable choruses, some breathtaking melodies from Watkins and masterful guitarwork that just refuses to let go.

On the whole the album is decidedly formulaic, however. There are only so many times you can hear the phrase _“Woah-oh” _before you start to wonder if they’re not trying to exploit the power of the verbal slogan a bit too much. _‘Everybody’s Screaming’ _sadly falls victim to this exact problem. A song that had great potential if an extra bit of edge was added to it, became a casualty of the crap police as they turned it into a horribly safe slice of could-have-been.

_‘4:am Forever’ _almost absolves Lostprophets of all blame. Ever. They’ve created a magnificent masterpiece; a resoundingly epic anthem with a chorus so massive it would manage to engulf the entire 1980s should it ever manifest itself as a physical being. Luckily, this will never happen so Roxette and Duran Duran are safe for now.

While producer, Bob Rock may have been denigrated after his work with Metallica – he was said to have ended their days of thrash – his style is perfectly suited to Lostprophets sound. Ultimately he can only work with what he’s given. Lostprophets provided some delicious licks and some luscious choruses for Rock to make sparkle and he did just that.

While _Liberation Transmission _may be a lyrical vacuum, it is also a musical masterclass in how to create 12 tracks of killer with almost no filler.