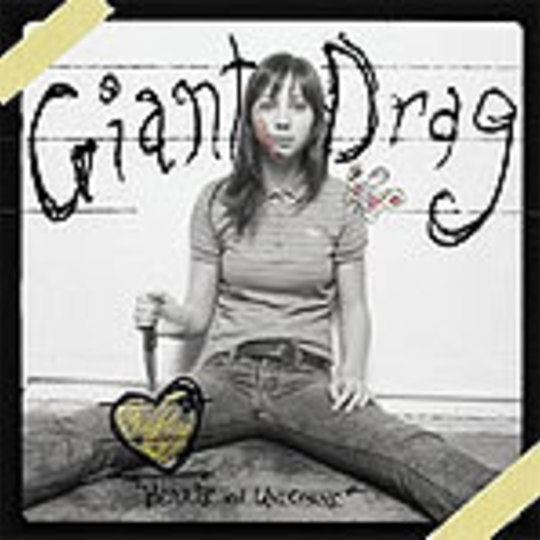 You've got to question the mental faculty of a singer who miaows when she runs out of words and invents song titles like 'You Fuck Like My Dad'. Annie Hardy is clearly bonkers, but that's no bad thing for a songwriter. From someone so kooky, then, you'd expect something a little avant-garde and in that respect, Hearts & Unicorns is a bit of a let down.

It's certainly not a bad record; opener 'Kevin Is Gay', a melodic, fuzz driven little number, is nice enough but far less interesting than its title suggests. Very new wave, very poppy and a woozy, Breeders-esque introduction to Hardy's world. Seemingly, it's a place where she struggles to find happiness, with love a recurring problem for her. 'Cordial Invitation' and 'This Isn't It' both address the issue with Hardy's plaintive coo backed by dreamlike acoustics. It's certainly easy on the ears, but you can't help but feel there's something missing from the early stages of Hearts & Unicorns, a cutting edge to raise Giant Drag above the billion other Average Indie Bands who do this sort of thing.

It takes a little over 20 minutes, but with 'High Friends In Places' the knife finally comes out and reveals what was hitherto missing. Sounding like the result of a Kurt Cobain / Kevin Sheilds collaboration, it's a welcome dose of noise tinged pop, a shot in the arm to the listener and, seemingly, the performers too. The delightfully named 'My Dick Sux' continues in the same vein, and it's this pair of songs that hint at what might have been for Giant Drag. It's a little too late, though, and we're left with a debut LP that is better than most but falls some distance short of their undoubted potential.