Set Yourself On Fire 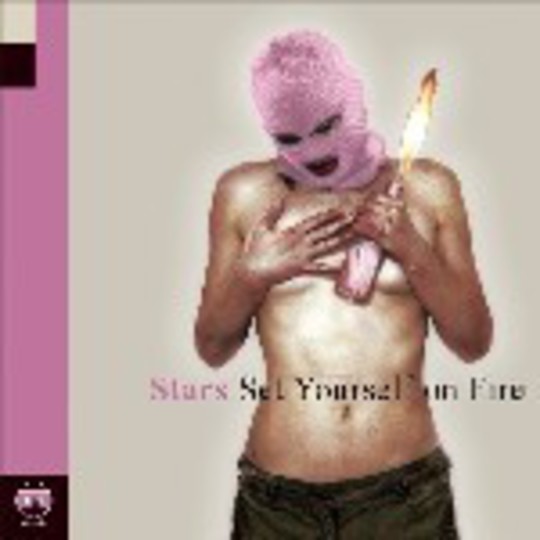 Sometimes, an exquisite record slips under the radar. This is one such occasion. Yeah, we missed the boat. Sorry. Released in August this year, Set Yourself On Fire smacks of class. A superbly packed parcel of tender, warm songs that buzz with feeling, the third record by Stars is another example of why we should all move to Canada forthwith.

On first listen, these songs suck you in. Second time round, the instant charms of the melodies lead you by the hand to the unexpected flavours that flutter below the surface; here, synthy bass fuzz under coy voices - there, a manic sax explosion over vertical beats, while the songs are tossed between the boy/girl vocals of Torquil Campbell and Amy Millan.

'Ageless Beauty' throbs with the twin heartbeats of French glow-pop princes M83 and celebrated labelmates Broken Social Scene, who have gleaned members from Stars; it must be stated that nothing BSS have produced as yet has come close to the calibre of this record. It's emotive, intelligent and instinctive throughout, maintaining its pace and quality where BSS's thoughtful pop frequently lags. 'Reunion''s appeal of "All I want is one more chance to be young and wild and free" trips plaintively over wistfully smiling pianos, and 'One More Night''s sparse beats and tale of break-up sex employs lyrical mercilessness rather than sentimentality to tug at the heartstrings, with an abrupt ending to match the vicious finality of the words.

Set Yourself On Fire's coup is to pair artful understatement with a towering sense of immediacy and timelessness. It's a cohesive record, no one swaggering song treading its companions into insignificance. Yet when, on the fifth listen, 'Soft Revolution' explodes into a golden haze of Beach Boys nostalgia or the poignant inflections in Millan's voice during 'Your Ex-Lover Is Dead' twist you right there, it's suddenly clear; Set Yourself On Fire could become your favourite record, and Stars should justifiably be many people's favourite band.

Woke Up Fucking / Uni Is A Whack Of Shit