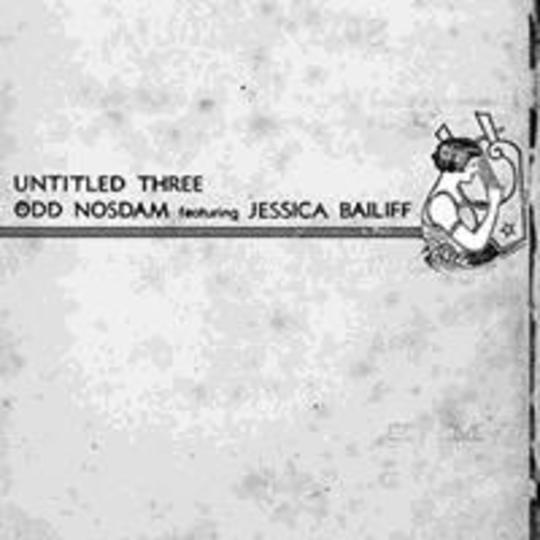 Odd by name, but not totally odd by nature - anticon artist producer-cum-solo artist in his own right odd nosdam sounds more conventionally commercial here than he ever has done, be it on his own releases or on those by cLOUDDEAD or sole (to name but two artists he has lent his talents to). Thanks, applicable depending on your point of view, is partially attributable to the presence of the ever aurally alluring Jessica Bailiff, whose vocal performance on the title track of this EP is comparable to the more ethereal moments of Prefuse 73’s latest and her own Clear Horizon effort from early 2004.

Backtrack: ‘ethereal’ is one word this record’s press release goes some way to disregard, but in open-eared honesty it’s hard not to apply it to Bailiff’s voice. The tracks without her are as skittering as odd’s last album no more wig for ohio, but lack the sense of completion a vocal affords. Still, as a curtain raiser for forthcoming full length Burner, this is both initially enticing and subsequently engrossing.

I Love My Jean