Can Out Front / Medicine Stick 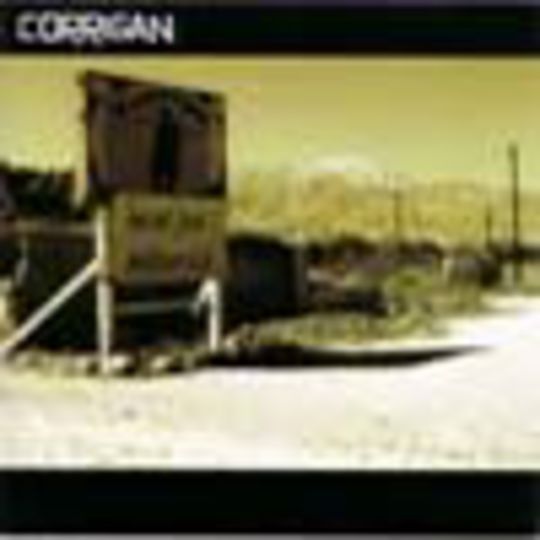 Please, take a moment with me here. Just a second, that's all, out of your day, and give it up for the little guy: the guy pushing records out from his bedroom; the guy piling up boxes of stock in his hallway; the guy doing his bit to make us all that little bit happier, smug in the knowledge that there is an alternative to what we're force-fed. There is something else out there, something more nourishing than the triple-award-winning Mondeo-man-friendly rubbish that's beamed onto screens and through airwaves across the nation.

Give it up for No Dancing, a label short of funds but full of heart, whose commitment to releasing only the finest sounds they hear is worthy of immense praise. Give it up, too, for Corrigan. And then leg it.

Y’see, this is pop, kids, but not as you know it. This isn’t music to sell cars, or to soundtrack Little Mo’s latest emotional breakdown. No, kids: this is menace, captured and encased in a slab of your finest red wax (oooh, limited-edition 7” joy!). It’s not clear if Corrigan is a guy or a band, but ‘Can Out Front’ is the sort of unhinged pop-rock anthem that the likes of 28 Costumes are gradually introducing into the mainstream. Every single instrument sounds seconds away from exploding, and the vocals are laced with terrifying intent: “I’ve some time to kill…” says the piece’s lead protagonist, but such is the tone of his delivery that one wouldn’t rule out a few bodies in rivers come the song’s close.

‘Medicine Stick’ is rather more straight faced, but a rollicking ride all the same. Shame, then, that all of 13-or-so people will buy this; the remaining 62 million people in this rat-infested country of ours content to stick to whatever’s polluting Drive Time. Be righteous and be bold: support the little guys. Do yourself proud, this second, and go splash some cash somewhere that chief executives don’t exist, and where boardrooms consist of a coffee table and a couple of coasters.

Sometimes You Can't Make It On Your Own