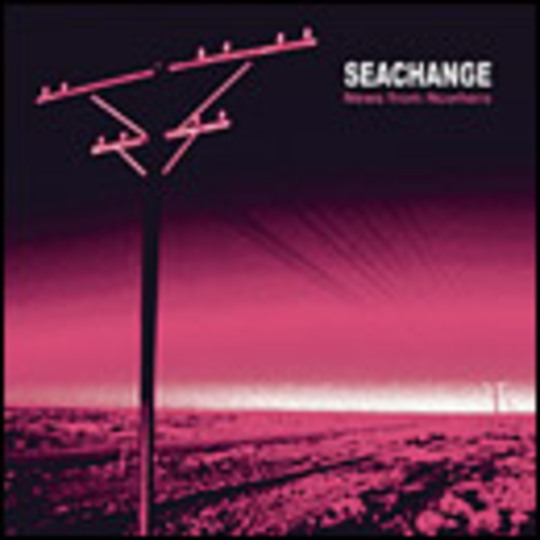 "Do you hear the cellar door?" asks front man Dan Eastop. "People moving underground, across the caves under this town..."

Okay, so that's not the a-side here, rather the fascinating b-side 'The Beach', but this isn't really a traditional single. Y'see, Seachange don't just knock out a couple of four minute throwaway numbers to compliment whatever track their label decides to toss out as a single (in this case, 'News From Nowhere' is actually quite splendid) - they seem to put the same time and effort into every track, and 'The Beach' is a peach of a song that could have sat pretty as the lead track just as easily as 'News...' does. Eastop's lyrics evoke vivid images of shadowy corners and hideaway basements, in which lurk the rumblings of revolution, however small, and this is exactly how Seachange have invaded the public conscience, by stealth. A year ago they were nobodies. Now they're one of the greatest bands the UK has to offer. Why didn't anyone see it coming? Because everyone was too busy tripping over whatever came out of Detroit/New York/Australia to care about six kids from Nottingham with more invention that an army of lanky garage bands. If you've not heard their call-to-arms as yet, do so now.

"The breaking of the news is pouring fuel onto the fire," states Eastop on 'News...'. Well, this is the news: Seachange's flame is already burning brightly, but if they continue to produce material of this astonishing quality, they'll torch everything around them. Burn, baby, burn.