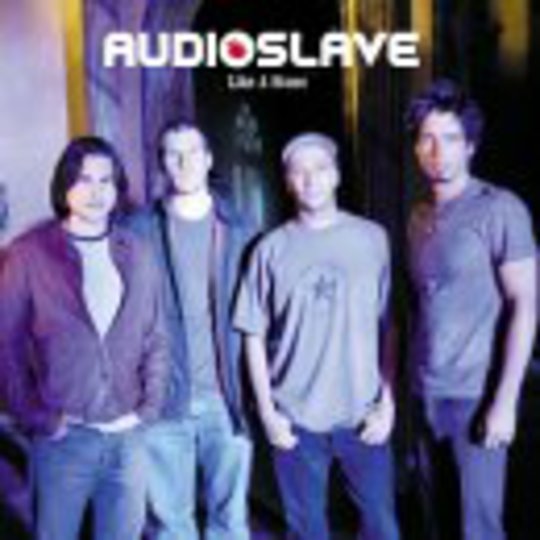 Y'know, back in my day we had this band called Rage Against the Machine. They made me want to open a new crate of ammo, load up my AK47 and kill the army (and I love the army).What do you kids have today?

Audioslave, you know the drill, ¾ of R.A.T.M. and that guy from old hippy wuss-rock band Gardner's World (or something) should equal a good band, right? Wrong. Whatever Zach De La Rocha did to those guys back in the day to get them to play that well must have been pretty harsh, perhaps it's just Chris Cornell messing about and spoiling things, but this is just weak.

Yes, by anyone's standards this is just poor, Cornell's vocals come straight out of a Shooting Stars club singing round, Tom Morello's formerly rabble-rousing guitar just sounds tired, the blippy bloopy things he does that used to sound cool in a "how does he do that, it's so cool" style just sounds like he's going through the motions, they all do.

Today is a time of new levels of religious war, global corporate corruption and the New World Order marching through burning deserts, everything that R.A.T.M was against is gaining ground, they stood for the right to choose, the right to oppose, what do Audioslave stand for?

Who Cares? Go and check out what Zack's doing instead, here's a hint: not sounding like he's had a stroke. At least the last single rocked in a Led Zep style, this just slurs. The only revolution you get with this CD is when it spins around in your player.