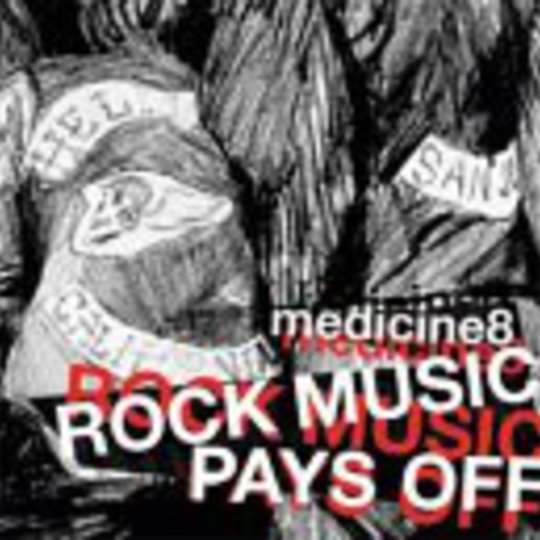 Rock music might, as Medicine 8 so astutely observe, pay off, but shit chart house doesn’t have quite the same dividends nowadays does it lads?

Ordinarily, recruiting an absolutely 24 carat mad American of Wesley Willis’ calibre for guest vocal action would be genius – after all, he’s a gargantuan once-homeless schizophrenic whose greeting of choice is a headbutt.

But Medicine8 ensure there’s little in the way of substance and even fewer memorable moments – you wonder why Willis, already largely viewed with car-crash bewilderment, has lowered himself to this.

Although for a few rent-a-quote nutterisms, and given Willis’ fee to play a live show is around three times the amount most bands you’ve barely heard of charge, there’s a suspicion he probably picked up a few quid for this. Oh the irony. He might not be so crazy after all. And, yes, rock music really does pay off.