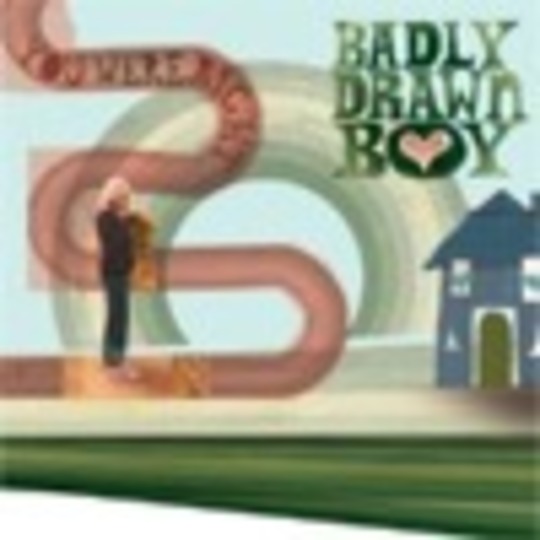 **Perhaps you were worried that the Badly Drawn Boy had lost it a bit after his Mercury Music Prize. The 'About A Boy' soundtrack contained the odd gem such as the gorgeous Lennon-esque 'Silent Sigh', but overall it embodied the term 'treading water'. **

You can exhale your own silent sigh of relief (Ithankyou) however, as this is a return to top Damon Gough form. It's the trademark twisted take on love that's made him the darling of the twenty-something set, but that's not his fault. How can you fail with something so charming?

Gough continues his love of trad American rock (Springsteen et all) with 'You Were Right''s verses reminiscing of 'American Pie' with BDB name-checking Jeff Buckley, Cobain, Lennon, Sinatra and Madonna in the same way Don McLean annotated his own history of American music. The Americanisms of whiskey and rye are replaced however, with his own quirky Englishness ("wipe the slime from off your sleeve") in a sprawling, eventually racing, ballad that builds to a string-laden crescendo in traditional BDB style. Its about acceptance of mortality and embracing domestic bliss, apparently.

More of the same, more than enough.