Cleanin' Out My Closet 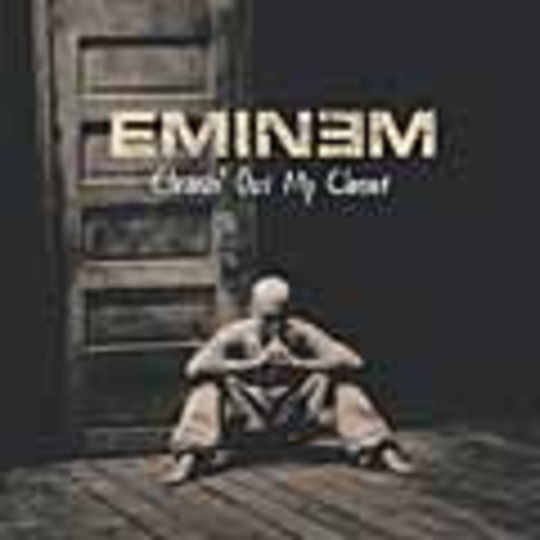 The very first time I heard this I thought I he was saying: “But tonight I’m coming out the closet”. Wow, if only. Then we would have something interesting on our hands, instead we merely get more of his godawful, bellicose blathering.

Anyone still interested in The Mathers Family on-going soap opera will know that the situation currently stands something like this: Mathers Jnr feels that he didn’t receive the attention he deserved from Mama Mathers and so went on to make several records on which he pointed out how really very cross he is about it. After which, Mama Mathers - under the misapprehension that she should have the right to reply - made a CD giving her side of the story. Needless to say, this stuck in Mathers Jnr’s craw somewhat, and now we find him having his latest Spoilt Bastard style temper tantrum, “For flip’s sake woman, how many times? I hate you, I hate you!” he squeals. Something like that anyway.

Actually it‘s more like: “I bet ya probably sick of me now / Ain't you mama? / I'ma make you look so ridiculous now.“

What’s a shame is that this comes after the excellent ‘Just Like Me’, his best song since ‘My Name Is’, which was self-referential, as always, but tempered with sly humour and his undeniably formidable pop nous. Now though he’s reverted back to his snivelling, embittered, poor me boo-hooing. It’s all here, Eminem at his worst: the incessant dreary crapulence; the wasted anger; the disgraceful use of his daughter as an arguing tool; and the supposed angry voice of AmeriKKKa’s underclass raging fiercely against his oppressors. Namely: his ex-wife, Moby and his mum - an axis of evil if ever there was one.

And what about that voice?! No doubt to some his nasal, rapid-fire sputtering equals some sort of Gattling gun of hate spitting forth bullets of TROOTH! But to me, especially when he goes off on one, he reminds me of nothing more than Beavis from Beavis and Butthead having a hissy fit. (“Heh heh, mm. Fire! Fire! Heh. And muthafuckas act like they forgot about Dre. Heh heh. Heh. Yeah, dumbasses. Heh, mm”)

Jeez, they even look alike. Anyone ever see them in the same room together? Are they, in fact, one and the same? I think we should be told.

Ladies and gentlemen of the jury, I present the evidence: Nowadays Eminem wanna talk like he’s got something to say. But nothin’ comes out when he moves his lips

Relax, this is the end of electronica