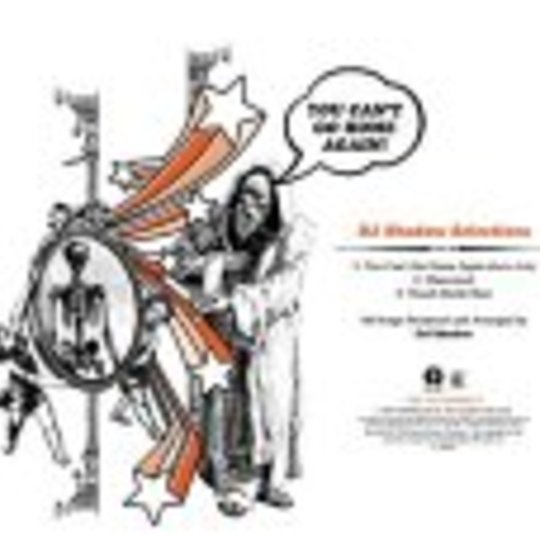 ”You Can’t Go Home Again” is first taste to what **DJ Shadow, aka Josh Davis, has been cooking in his beat kitchen. The track, taken from the master chef's forthcoming album ’The Private Press’, is in a way similar to his last effort, ’Entroducing’, yet at the same time shows signs of moving in a different direction.

Digging through his vast crate of vinyl like a chef searching for the right seasoning, the track is built around a drum/guitar combo with a dash of strings here, a pinch of keyboard there, thrown in like spices to a stew. DJ Shadow's recipe of cutting and pasting samples and beats has proven to separate his music from the cookie cutter sound of others. With “You Can’t Go Home Again” he may have misread a few ingredients.

As the first glimpse into ’The Private Press’ it may have been chosen over other songs on the album due to its radio friendly sound and more pop than bite beat. In the end though, the track does have a nice hook that's bound to play over and over in your head - as for being a DJ Shadow song it won’t satisfy your appetite.